Music and the Undergraduate Classroom

By: Emily Clark and Lauren Turek

In the middle of January, the wonderful Rachel Lindsey asked her Facebook community for their recommendations on songs for a playlist for her American Christianity course. This got Lauren and I (Emily) messaging each other about how we use music in our classrooms. Because we both believe in thoughtful teaching and collaborative work, we're posting together about the pedagogical value of music in the undergraduate classroom.

Emily: I use music everyday in my undergraduate classes. I get to my classroom early and as students come in, I have a song playing (with song title and artist posted on the screen) that intersects with the day's topic. (Full disclosure: I stole this idea from Chip Callahan.) The song plays as they come into the room and get settled into their desks. Some students chat while the song plays, others sit and listen. I think of it as the class mood music that sets the tone for the day. And, as some of my students have remarked on, the music gets at the topic in another way. As I wrote on the blog in a post on teaching with primary sources, "There's so much about The O'Jays' "Ship Ahoy" that sets the right atmosphere for a discussion of religion and the Atlantic slave trade. And Depeche Mode's "Personal Jesus" is just a fun way to begin a class on the Second Great Awakening." My favorite element about starting off with the mood music is that it sets apart the classroom as a different space. My classes are typically in the very busy main building on my institution's campus. The hallways are packed with students moving from one room to another or waiting for a class that's going over late to release. Playing music highlights the boundary between the hallway (a liminal space) and the classroom (another liminal space, but a very different one). 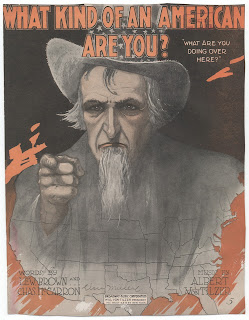 Lauren: In an effort to give my students a sense of the past, I also incorporate music into my classes, particularly in my modern U.S. history survey. Much like Emily, a few minutes before class begins, I start playing a song that in some way evokes the period or theme of the class (an idea that I poached from Bart Elmore). I then use the song lyrics to frame my brief introduction to the class topic of the day. For example, I play a recording of “The Old Chisholm Trail” to discuss enduring myths about the American West before my lecture on transcontinental expansion, the Indian Wars, and the Ghost Dance. Where the song relates humorous tales of rugged, lone cowboys conquering a wild, empty frontier, in class we talk about the significant role that federal policy played in transcontinental expansion as well as about the various strategies—including spiritual and religious strategies—that native Americans used to resist or cope with the change that expansion wrought. Religious themes also come out frequently in the music I play when covering the Cold War; there is lots of apocalyptic language in songs about atomic weaponry! I also like to bring in sheet music wherever possible. Being able to see the colorful cover art, the lyrics, and the notation as a song plays adds further context. Comparing the sheet music for World War I-era songs such as “I Didn’t Raise My Boy to Be a Soldier” to “What Kind of an American are you?” help students understand shifts in public opinion or understandings of international affairs, for example.

Emily: In James Lang's 2016 book Small Teaching: Everyday Lessons from the Science of Learning he describes the small changes we can make to our courses that can enhance student learning and make big differences. He defines small teaching is “an approach that seeks to spark positive change in higher education through small but powerful modifications to our course design and teaching practices” (5). When it comes to pedagogy, small things can be big things. In addition to marking the space of the classroom and encouraging reflection on the day's topic in a new way, playing music in the few minutes before class serves an additional and very practical pedagogical function. (I hope) It lessens student anxiety. Some students are outgoing, some aren't. Some students come into a class with friends, others come into the room knowing no one. It can be uncomfortable or overwhelming to sit quietly while feeling like you're surrounded by people who all know each other. My hope is that the music cuts across that. No one is just sitting in silence. One of our Deans of Student Life recently informed us that mental health issues are expected to soon eclipse all other student life concerns (including drinking and Title IX). If I can help students feel more comfortable in my classroom, then hopefully I can also help them feel more confident there too.

Lauren: In addition to the goals that Emily highlights, which I share, I also have specific pedagogical goals. Playing music (and even looking at sheet music) helps students connect with the people of the past in a different way. The students can connect with the music on an emotional level. Reminding them that many of the songs I play would have been part of the soundtrack of life for some of the very people we are talking about in class connects them with the past in a different way. Knowing that Americans in the past would have gathered around the piano to play the sheet music we’re studying in class, or might have heard the song I started the morning with on the radio or their Victrola is powerful. Making these connections and realizing that the people we read about in our books and primary sources were real people helps my students develop historical empathy. At the same time, the differences that students can identify in the sounds, daily activities, viewpoints, and language that comes through in the music also reminds them of the gulf that separates past and present. It also helps everyone settle in to my classes, which are in the mornings, and get ready to tackle the topics of the day.

Some Playlist Favorites from Emily and Lauren: 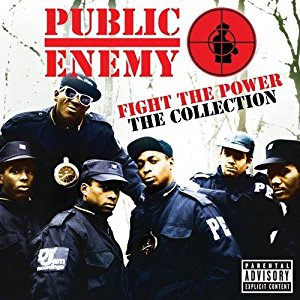 Emily: A class on Catholic immigration starts with "Rebels of the Sacred Heart," by Flogging Molly. A class on Father Divine kicks off with "Accentuate the Positive," performed by Bing Crosby and The Andrew Sisters. A class on Native American religions and colonialism starts with "My Land" by Litefoot. Any class discussing the civil rights movement can open with "Mississippi Goddam" by Nina Simone. A class on modern indigenous spiritualities starts with "Electric Pow Wow" by A Tribe Called Red. For a class on black Judaism in the Great Migration, "Burn Devil Burn" by the Soul Messengers gets the class in a good groove. A class meeting on European colonialism can open with "Great Nations of Europe" by Randy Newman. And if you're talking black power and religion, "Fight the Power" by Public Enemy is the only way to go.

Lauren: There are several songs that I play in my modern U.S. history survey that have a relation to American religion. Some, such as the Merry Macs song “Praise the Lord and Pass the Ammunition,” recorded at the height of World War II, Jackie Doll and his Pickled Peppers, “When They Drop the Atomic Bomb,” and The Buchanan Brothers “Atomic Power” speak to Christian nationalism in one way or another. There are many gospel songs and spirituals to play when discussing the civil rights movement; while I always play some of the songs that activists sang while marching I am also very partial to Sam Cooke’s “A Change is Gonna Come,” though it makes only a passing spiritual reference. I do play several Sister Rosetta Tharpe songs during the semester, many of which have gospel roots, and enjoy playing her classic “That’s All,” which touches on sin and religion, in the last class of the semester. I also wholeheartedly agree with Emily’s suggestion of playing “Fight the Power” when covering black power and religion.

esclark said…
I love Cooke's "A Change is Gonna Come" and love playing it in conjunction with the civil rights movement. And I am going to steal your use of "That's All" on the last day of class. :)
January 25, 2018 at 8:15 AM

Lauren Turek said…
I get a little choked up every time I listed to that Cooke song. And yes! If you play Tharpe's "That's All," I highly recommend doing so with the video—she was an absolutely amazing guitar player and it is a delight to watch her solo.
January 25, 2018 at 8:28 AM