This past weekend the 2016-2017 Young Scholars of American Religion cohort completed its final meeting in Indianapolis. I don't know what to say about what our twice a year meetings have meant to me and, simultaneously, I have so to share that I don't know where to begin.

I suppose in some respects Young Scholars needs no introduction. If you consider yourself a scholar or student of religion in America, then you probably have engaged with former young scholars in person or through their scholarship.  The Young Scholars celebrated its 25th year recently with a lovely reflection from Laurie Maffly-Kipp who has been both a Young Scholar and a Mentor. She wrote,


The beauty of YSAR is that it has allowed for the integration of the personal and professional.  And in this sense, it has welcomed and honored the participation of those who might otherwise feel shut out of more narrowly focused “career-building” workshops. In turn, the collaborative opportunities afforded by the resulting friendships have reshaped the field in significant ways, through edited volumes, surprising insights, and years of extended discussion that subtly shift our thinking about projects.

Indeed, the catalogue of scholarship acknowledging YSAR and/or its scholars is the most visible product of the program. The volume of and rigor within these works is impressive to say the least. It's the reason why Ray Haberski argued at the S-USIH blog that YSAR is responsible for the "tsunami" of scholarship on religion in America. To my mind, though, it is the invisible community built through YSAR and extending beyond it that is its strength. The Center for the Study of Religion and American Culture and the mentors have set a standard of collegiality for the field that I think helps our area of study stand apart from others. Established names in the field make time for junior scholars as they transition to new positions and institutional settings, a professional change that is often difficult and paralleling other shifts in a recent graduate's life.

Just as my cohort ended its last official meeting, the Center for the Study of Religion and American Culture announced its call for applications for the 2018-2019 cohort and its YSAR Mentors Sylvester Johnson & Sarah Promey. I encourage recent grads to apply regardless of their current position or institutional affiliation. Application instructions are found on the R&AC website, and included here: 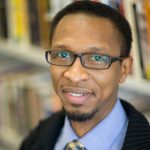 Scholars eligible to apply are those working in a subfield of the area of religion in North America, broadly understood, who have a terminal degree in hand, a full-time academic position, and have launched their careers within the last seven years. Scholars are selected with the understanding that they will commit to the program for all seminar dates. Participants are expected to produce two course syllabi, with justification of teaching approach, and a publishable research article over the course of their seminars. 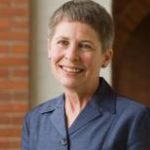 Applicants must submit (a) a curriculum vitae; (b) a 750-word essay indicating why they are interested in participating and describing their current and projected research and teaching interests; and (c) email information for three scholars willing to write letters of reference (portfolios with generic reference letters are not accepted)

All application materials, including letters of recommendation, must be received by December 1st. Please note that the Center will not request supporting letters until after the application is submitted and plan accordingly.
Email Post
Labels: cara's posts RAAC sarah promey sylvester johnson young scholars program