Religion and the CIA: A Trove of Declassified Intelligence Documents in CREST 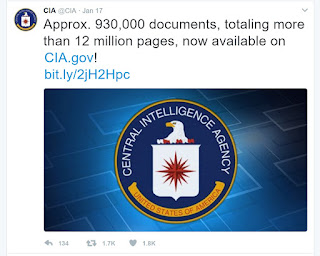 On January 17, the Central Intelligence Agency posted some 930,000 text-searchable declassified documents on its FOIA reading room web page. The New York Times detailed some of the interesting materials this release made available to the public, noting that "technically, you could have gained access to the files before, but only if you drove to the National Archives building in College Park, Md., where there were four computers you could use to sift through the C.I.A. Records Search Tool, known as Crest." Now these materials are readily available to the public online.

These documents hold obvious value for those of us who work on national security topics, but the NYT article makes clear that there are also many documents of potential interest to scholars and students of American religious history. Indeed, one of the first documents mentioned in the article is a CIA report on "spiritualist healers in New Mexico."

This public and text-searchable access to the CIA Records Search Tool (CREST) may prove useful not only for scholarly research in American religious history, but also in the classroom. By virtue of the fact that they contain information that policymakers once considered sensitive or top secret, declassified documents have a way of enlivening discussions about primary sources. Additionally, the CREST database is a tremendous resource for students working on major research papers—students can search for any keyword or combination of keywords pertaining to their topic and find a wealth of interesting documents, all of which are available as PDFs, and all of which researchers can download and read through.

To illustrate the possibilities of this exciting new resource, I have performed a few searches in CREST and turned up the following examples of documents that pertain in some way to religion in American history, foreign policy, or national security. Click on the Document Number to visit the CIA catalog page and access the full PDF of each document.

These samples just scratch the surface of the material now accessible through this database. I look forward to bringing some of these documents in to my U.S. foreign relations course this semester and hope others find them helpful as well. 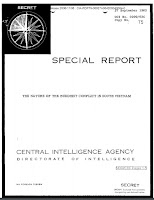 This special report that the CIA produced in September 1963 assesses the Buddhist protest movement in South Vietnam, discussing the relationship between Buddhist monks and the state, as well as Buddhist-Catholic relations in that country. It notes that South Vietnamese leader Ngo Dinh Diem responded harshly and violently to Buddhist protests of his policies, despite the pressure that U.S. leaders placed on him to cease this religious and political repression. 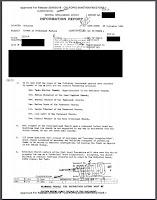 This report details the arrests of Pentecostal, Baptist, and Methodist ministers in Bulgaria in 1948, making note that "all these ministers were accused of espionage and 'currency irregularities,' which charge consisted of accusing the Bulgarian clergymen of permitting funds to be raised in American congregations but keeping the funds on deposit in the United States," and that the state objected to the fact that the American Methodist church board owned some of the Bulgarian church properties. 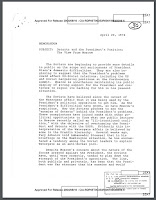 A memorandum that addresses Jewish emigration from the Soviet Union and President Richard Nixon's détente policy. 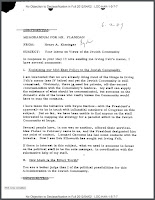 A memorandum from Henry Kissinger discussing the views of the American Jewish community on foreign policy issues of interest to the Nixon administration, including U.S.-Middle Eastern relations 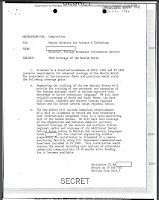