This post is the second in a series on John McGreevy's Parish Boundaries. Published twenty years ago this year, the book was the subject of a roundtable at the Urban History Association's recent biennial meeting. Today's post comes from another roundtable participant Lila Corwin Berwin who is the Murray Friedman Chair of American Jewish History, the Director of the Feinstein Center for American Jewish History at Temple University, and the author most recently of Metropolitan Jews. In her post, Berwin reflects on the impact McGreevy's work has had upon the study of urban religion more broadly. 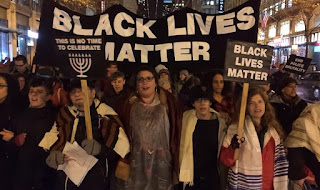 This past summer, as police shootings of young black men filled headlines, as Black Lives Matter put forward a platform that, among other planks, described Israel as pursuing genocidal policies, as the occupation in Israel neared its fifty-year mark, and as presidential electoral politics traded in cynicism and xenophobia, Liel Leibovitz, a Jewish social critic wrote an open letter to American Jews. “Dear Social Justice Warriors,” it began, “Your religion is progressivism, not Judaism.” To anchor his claim that theology must not act in the service of politics, he turned to early and mid-century American Protestant theologians, summarily arguing that these men knew better than to consign theology to political whim and that, more generally, hardy American religious groups knew to maintain the distinction. As I reread John McGreevy’s book, a book I first encountered in 1999—my first year of graduate school— and then reread several times as I assigned it to students and wrote about urban religion, his illustrations of the interpenetration of religion and politics stood in sharper relief for me than they ever had. He makes it hard to imagine extricating one from the other, as Leibovitz seems intent upon doing.

I want to focus these brief remarks—and appreciations—on the line between religion and politics. I do so because for me the central contribution of McGreevy’s work is its assertion that the boundary itself is a puzzle. Far from giving us a solid place to stand—to be able to say, here rests religion, and over there is politics—Parish Boundaries suggests the instability of the boundary. In doing so, it gently exposes a big lie of common sense American political thought: that religion is separate from the state, and that politics is separate from religion. Thus, the parish boundary may be precisely that boundary that must perish when we think about lived religious space and lived political space: the two, it seems, overlap in confounding and unexpected ways.

As I worked on a book about post-World War II Jewish urban politics, I returned often to the puzzle of boundary lines that McGreevy wrote about so insightfully. First, I thought about neighborhood boundaries and, with McGreevy’s work in mind, I saw how individuals and groups who named and marked these boundaries employed particular political tools. Neighborhood lines reflected access to assets enmeshed in rhetorical, religious, ethnic, and racial systems. 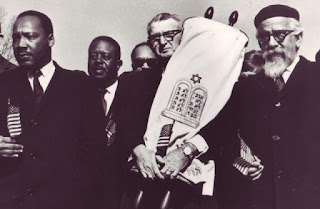 For example, at first blush, I was surprised when I learned that one of the midcentury “Jewish” neighborhoods I was focusing on in Detroit was home to as many white ethnic Catholics as Jews. Why hadn’t this been more obvious in the minutes from Jewish neighborhood group meetings? Instead, I found Jews talking about “our” neighborhood, or “the Jewish” neighborhood. The assertion of a neighborhood boundary—no matter that the same space might be perceived as two different neighborhoods, a Jewish one and a Catholic one—created realities for people who inhabited them. And material resources, for example, parochial schools or well-funded public schools and home loan programs, could enable different groups to make relatively harmonious claims to the same neighborhood. On the other hand, as more black families moved into Jewish or Catholic neighborhoods, the scarcity of these resources could challenge the flexibility of neighborhood claims. Books such as David Freund’s Colored Property and Bery Satter’s Family Properties, both indebted to McGreevy’s book, make all the more clear how the structural logic of neighborhood boundaries stitched religious self-definition to the political economy of racial power.

A second boundary puzzle that vexed the line of division between religion and politics had to do with authority. Which voices had the authority to shape a religious community’s narrative about its interactions with power structures and the state? McGreevy’s discussion climaxes as he identifies a full-blown “cultural divide between two ‘Catholic’ peoples” (215). Synoptically, a growingly conservative and Republican-supporting laity and clergy stood in tension with a liberal, generally more educated, wing of the church. In my research, I noticed that even as Jews as a whole did not experience this same cultural divide, they nonetheless embodied the contradictions of midcentury liberalism and its hybrid expectations of the state: that it should protect the individual, while also protecting the private, enterprise-based market structure. And where did religion stand in that vision—or to put a finer point on the question: did religion stand somewhere markedly different in conservative as opposed to liberal ideologies of the state? For McGreevy, the answer is not really. In both cases, citizens understood their religion as informing their expectations of the state. And why not? The state nourished religion through multiple means, from tax expenditures to Federal Communications Commission policies to chaplaincy programs. That is, the state acted in people’s religious lives. When clergy or lay people enacted their politics, they did so in a framework that sanctioned the enmeshment of religion and politics.

For me, the enduring and evolving lesson of McGreevy’s book is its ability to see the multiple levels upon which religion operates in the United States. Beyond the task of convincing urban historians to take religion seriously, which, by the way, is still serious business, we have a broader task. McGreevy began to expose that what Jon Butler has called “jack-in-the-box faith” is more than a curiosity to the real themes of American history; rather it is an essential analytical category that craftily and often elusively defies the boundary between structural forces and group or individual agency.

The Jewish social critic, with whom I started, fails to understand that in the United States, religious doctrine has long served as a source of deep and meaningful political motivation. The Christian theologians he so longingly cites protested a relationship that they knew existed in force (and they relied upon), and we should know to interpret even that protest as its own kind of political statement. To be certain, progressivism or liberalism does not have a lock on making religious claims. As we celebrate the twenty year mark of McGreevy’s landmark book, I hope we will hear its call, perhaps no more relevant than today, to shed our mythologies of religious separation from state matters and, instead, train our eyes to seeing religion and the state in unlikely and, often, conjoined places.

Sally G said…
This is a very thoughtful post, which considers a more complex world where secular and religious aspects of life cannot be so easily differentiated. Among lawyers, especially, accepting the entangled quality of religious and political questions and ideas has been a challenge. Yet it is essential to achieving the rich analysis that Lila's post calls for. thank you! Sally Gordon
November 16, 2016 at 6:53 AM