Today's guest post comes from Brad Stoddard. Brad is an Assistant Professor of Religious Studies at McDaniel College. He is currently revising his dissertation, an ethnohistory of Florida’s faith-based correctional facilities. 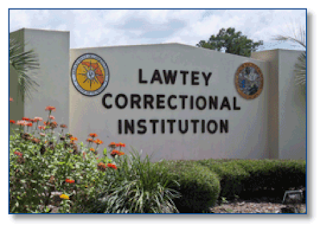 Roughly three years before his 2006 arrest and subsequent conviction for accepting illegal kickbacks as head of Florida’s Department of Corrections (DOC), James Crosby shocked the correctional world and beyond when he announced that Florida’s DOC was going to convert Lawtey Correctional Institution into the nation’s first faith-based prison. Several states, including Florida, already operated faith-based correctional dormitories, but Crosby wanted to create something bigger and bolder. An entire faith-based prison would be that something.

As a graduate student researching my dissertation on Florida’s faith-based correctional facilities, I wanted desperately to interview Crosby, who has been somewhat reclusive since he was released from prison. When he agreed to the interview, I asked him what motivated him to create a faith-based prison. His answer surprised me, but in hindsight perhaps it shouldn’t have, as it echoed a sentiment I’d heard several times before in the course of my research. 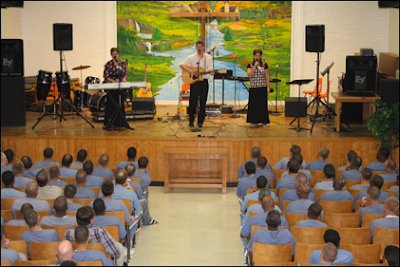 Crosby, now an ordained minister with a doctorate in theology from Jacksonville Theological Seminary, told me that he didn’t create the faith-based prison to encourage religious socialization per se; rather, he thought that the faith-based prison would be the most effective way to reintroduce inmate rehabilitation into a correctional department that previously all but gutted the rehabilitative programs that were common during the progressive era of Florida’s prisons, which began in earnest in the 1950s and ended in the early 1980s. During this progressive era, prison administrators believed that inmate rehabilitation was the biggest service they could provide. They knew that most inmates would leave prison someday, and they wanted to make sure that inmates left Florida’s prisons with the appropriate tools to live productive, crime-free lives after their release.

The “tough on crime” era of the 1980s and 1990s, however, made inmate rehabilitation a relic of the DOC’s past, as Floridians wanted to punish inmates with and in prisons. Inmates were both criminals and sinners, Floridians reasoned, and they deserved to suffer every day inside the prisons. Rehabilitative programs contradicted this more punitive ethos, so Florida’s politicians and prison administrators took various steps to curtail or even remove rehabilitative programs.

As part of this larger transformation, a new generation of punitive correctional officers began to work for the DOC, where they learned that inmates deserved neither respect nor rehabilitation. Crosby, however, wanted to resurrect rehabilitative programs and to teach correctional officers that inmates deserved at least a modicum of their respect. By the time he became the head of the DOC, he developed a plan to do just that.

Crosby, the consummate politician, knew that he had to build a political consensus to introduce a comprehensive regime of state-sanctioned inmate rehabilitation. Yet as an otherwise partisan conservative, he feared that “tough on crime” Republicans would object to any such plans or proposals. To reintroduce inmate rehabilitative programs in Florida’s prisons, Crosby thought that he had to “trigger social Christian conservatives to move away from monolithic, chain gang…thinking.” In other words, Crosby had to convince his conservative, Christian colleagues to reconsider their “law and order” and “tough on crime” politics. He wagered that faith-based correctional facilities would achieve that goal. 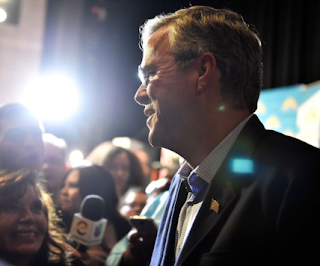 When I asked Crosby to reflect on the factors that motivated him to create the first faith-based prison, he responded, “I thought it [faith-based] would be the way to get [rehabilitative] programs back in prison and to bring Republicans on board.” His idea worked, as Crosby found no opposition from Republican legislators. Quite the contrary, they lined up to support the faith-based prison, and many of them, including then-Governor Jeb Bush, even attended the prison’s dedication ceremony on Christmas Eve in 2003, where Bush said, “I can't think of a better place to reflect on the awesome love of our lord Jesus than to be here at Lawtey Correctional. God bless you.”

I recalled Crosby’s story over the past week or so as I read two exposes that explored the deplorable prison conditions that Crosby wanted to reform. The first expose appeared in The New Yorker, where it documented the plight of mentally ill inmates incarcerated in Florida’s DOC. The article specifically discussed the Transitional Care Unit (TCU) in Dade Correctional Institution, where the DOC incarcerates many inmates with “clinical behavioral problems” (the mentally ill). The article described a culture of abuse and perhaps even torture that permeates the TCU, where correctional officers routinely abuse inmates and threaten junior administrators who witness the abuse and who threaten to report it.

The article discussed several examples of this abuse, such as the case of Darren Rainey, a fifty-year-old inmate convicted of possessing cocaine. Rainey, who suffered from severe schizophrenia, defecated in his cell and refused to clean it. To punish him, several correctional officers confined Rainey in a private shower, where they forced him to stand in a shower with water that was roughly180 degrees hot. After about two hours of essentially boiling to death, Rainey collapsed and was soon declared dead. Not only did he have burns on over 90% of his body, but “large chunks” of his skin melted off his body.

While it’s perhaps unfair to say that such stories are common in the TCU, they’re not entirely uncommon, either. Several other examples of extreme abuse (not to mention the numerous instances of “minor” abuse) prompted the author to investigate and to write the essay.

The second article appeared in The Miami Herald, where it described the plight of female inmates incarcerated in Lowell Correctional Institution (the largest female prison in Florida), where correctional officers allegedly sexually abused the female inmates. The Herald first published a series of stories in December 2015 where it alleged that “female prisoners… had been abused, threatened or forced to have sex with guards.” The Herald recently revisited the story, after six correctional officers were arrested for the alleged crimes.

Sexual abuse was only the tip of the proverbial punitive iceberg. According to the Herald, their “investigation found that nearly every time an inmate filed a complaint against an officer, she was sent to [solitary] confinement, a more restrictive form of incarceration where inmates are kept in a small cell with little more than the clothes on their backs for weeks or even months.” The inmates who did not complain, however, received perks such as hamburgers and other items from the “free world.”

Together, these two exposes describe the corrupt and abusive prison system that Crosby and some of the architects of Florida’s faith-based correctional facilities wanted to reform. Like Crosby, they wagered that “faith-based” reform was the only politically viable option for substantive reform, as the category “faith” provided the important political capital that could help them achieve their goal.

Torin said…
Danger, Danger Will Roberson! When was it OK for a Christian Ministry to become a agent of the State? Sorry, Christians are called to minister to the imprisoned, not become their wardens.
July 11, 2016 at 5:27 AM

Tom Van Dyke said…
When I asked Crosby to reflect on the factors that motivated him to create the first faith-based prison, he responded, “I thought it [faith-based] would be the way to get [rehabilitative] programs back in prison and to bring Republicans on board.” His idea worked, as Crosby found no opposition from Republican legislators. Quite the contrary, they lined up to support the faith-based prison

I would expect the opposition to be more on the left, for instance Americans United for the Separation of Church and State v. Prison Fellowship Ministries.