Modern Fitness; or, The Origin of the Species 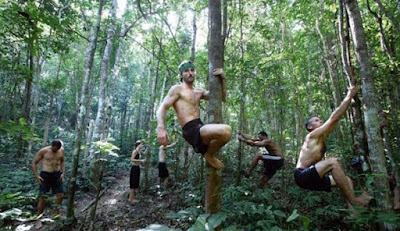 A curious thing has recently taken hold of the American health and fitness scene. It's been around for a while, to be sure. But it's really really around now. Foreword-thinking exercise and diet theories look backwards for inspiration. Pursuant that ubiquitous muscular Christian logic, Americans have forsaken modern "civilization" for love of prehistoric "nature." And in so doing, modern health and fitness culture has reverently articulated a most great and wonderful story of human origins, of human purpose.

Here's the academic rub to all this barefoot running, kettlebell swinging, gluten hating stuff. In Charles Taylor's terms, this move back to nature serves as a "recovery of transcendence." For the betterment of their visible selves, Americans are getting something invisible. Not only is "nature" the metric by which many Americans measure the legitimacy of health trends, but such Americans locate "nature" within themselves. Humans embody a kind of evolutionary imperative, so it goes, in which our created-ness is manifest. Our bodies "know." The larger significance of this nature, then, is that it salvages overcivilized bodies and provides buffered, overcivilized minds with a meaningful account of themselves. A lot of this collective nostalgia has to do with an "ethic of authenticity," as the idea is that an un-self-aware population has to be brought back to their more natural state. Our early hominid ancestors had it right. Overly domesticated Americans with all their overly domesticated things are but sad derivatives, decrepit and unnatural. Modern (meta)physical culture is engaged in a quest for the ancient real. 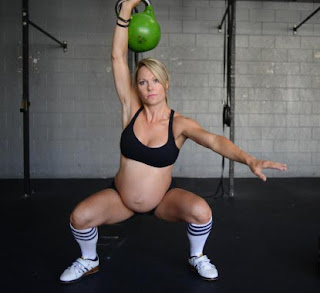 In the beginning was exercise. And the creator of CrossFit Greg Glassman saw that it had to be "functional" and "continuously varied" to be good. "The stuff of surviving fights and fires," CrossFit replicates "the core movements of life, found everywhere, and built naturally into our DNA." Running, jumping, lifting, pulling, pushing. It's "real world fitness." Premised on a critique of the body building muscle isolation workouts of previous decades, CrossFit is a utilitarian program of muscle "confusion" that takes the prehistoric natural human life as the ideal.

Getting back to the simple basics of a mythical yesteryear, American luddites have forgone the complex technocratic exercise machines of the future and used little more than their own bodies for workouts. Natural kinesiology is the idea. In fact, a recent study by the American College of Sports Medicine listed "body weight training" as the top exercise trend for 2015. Bench press is out. Planks are in. So, if you got some TRX straps for Christmas, felt your thighs burn in a barre class, got sweaty with Shaun T in your living room, paid a lot of money for that Pilates membership, or even learned to breathe in yoga, Mitochondrial Eve recognizes your fitness efforts and applauds your spartan minimalism with her opposably-thumbed hands. 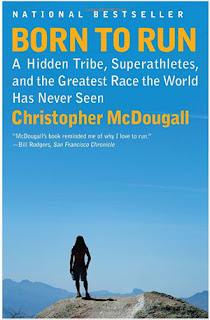 Fitness accoutrements have obstructed evolved purpose. Having abused his feet by wearing shoes for far, far too long, the author of the national bestselling book Born to Run looks to an ancient tribe of "superathletes" for coaching. The Tarahumara of Mexico may be the "healthiest and most serene people on earth, and the greatest runners of all time," and they are certainly worthy of imitation. They have no crime, war, or theft. Unlike most Americans, the shoeless Tarahumara did only what their bodies were made to do. There's "something so universal" about running, McDougall claims. Ditch the Nike foot binders and grab a pair of Vibram FiveFingers. "Antelope don't get shinsplints." Minimalist running is the future, born of the past.

There's no machines outside. "Chronic pain, immobility, depression and lack of vitality," reads the Natural Movement Fitness website, clearly "we are not meant to be disconnected from the natural world and our own true nature." Most modern forms of exercise are even a detriment since we have entered "an age of ever-more advanced exercise machines that remove people from real life, nature, and what their bodies are naturally designed to do." Help your body remember with MovNat. It's "the workout the world forgot."

From harmfully soft footwear to genetically modified and gluten-laden foodways, modern culture has it all wrong. There are remedies. The ancestral diet, the caveman diet, the primal diet, etc. The paleo diet offers Americans more traditional fare from circa 2 million years ago. And lots of bacon. One can even do DNA testing to determine from whence on the ancient globe one came, so as to adjust one's diet accordingly. In the author of The New Ancestral Diet Dr. Richard Aiken's terms, "eat like a primate."

And so it is that in the footsteps of our bipedal ancestors we should follow. Their millions upon billions of primordial lives and deaths speak to us in our instincts, our kinesiologic patters, our DNA. Climb a tree. Throw a rock. Eat a big hunk of meat. Parkour your way to work. American Ninja your way around the playground. Work on your "core." Do what you were made to do. Hold true not only to yourself, but to all those infinite lifeforms that came before you to make you who you are. And find meaning and purpose in the imagined arcane past. Indeed, as CrossFit tells us, "CrossFit begins with a belief in fitness."
Email Post
Labels: 21st Century creationism exercise fitness Miles Adam Park's posts religion and evolution science

rjc said…
Fits right in to Cahy Albanese's argument that "nature" has always been a core concern and foundation of American religiosity.
June 8, 2016 at 9:04 AM

Unknown said…
I think so too. And I think that "nature" trope is amplified in American physical culture throughout the late-19th and entire 20th centuries.
June 8, 2016 at 9:15 AM