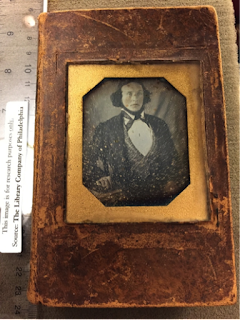 All are invited to participate in “Early American Material Texts,” a three-day interdisciplinary conference in Philadelphia, May 25-27. The conference will showcase new theoretical, methodological, and historiographical developments in scholarship on the history of the book and its allied material cultures in North America and the Atlantic world before 1850. Information about the schedule and locations may be found on the conference website here. Registration, which is free and required in order to access the pre-circulated papers, will be available later in April.

“Material Texts” is an interdisciplinary formation that connects the study of texts to their material conditions of production, circulation, and reception. Particularly of interest to readers of this blog is the panel on Thursday afternoon at 3:00 PM, “Lived Religion and Material Texts,” chaired by Matthew Brown. The conference is funded by a grant from the Mellon Foundation, and supported by the McNeil Center for Early American Studies at the University of Pennsylvania, the Library Company of Philadelphia, and Penn's Kislak Center for Special Collections, Rare Books, and Manuscripts.

The images are of religious material texts from the Library Company's collections. The first image shows an American Tract Society book on which its former owner installed a daguerreotype to memorialize an unknown young man, himself holding a book. In the second, a reader inserted black butterfly wings in a bespoke-bound volume of tracts, corresponding to the tract An Appeal on the Subject of Cholera, on the page containing the passage, “The dark wing of the destroying angel…”