Bernie Sanders, the Social Democratic Jewish senator from Vermont, has been winning democratic primaries in states with large populations of industrial and post-industrial union members. After a very narrow loss in Iowa, he has won primaries in New Hampshire, Colorado, Minnesota, Oklahoma 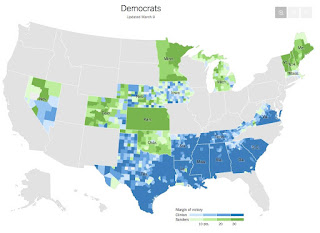 What historians of socialism in the United States are often less comfortable talking about is why democratic socialism has had so little to say about race.


It depends how we look at it, but there is little hard evidence to support the claim. Sanders got involved in politics through CORE and other social protest movements the 1960s. He has consistently supported civil rights legislation throughout his long political career and therefore sees himself as firmly anti-racist. Many of his policies have been endorsed by African American intellectuals, indeed scholars of systematic racism, including Michele Alexander and Cornel West.

Then, why has Sanders had so little to say about systematic racism?

Why can't he talk about "white power" in this country in the way he talks about the hegemonic power of big businesses?

Is he afraid of making white folks uncomfortable, or is he himself at a loss for how to broach the subject? 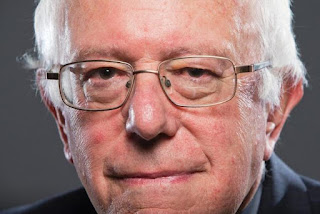 Is he pandering to white lefties, particularly babyboomers, who have maintained that the "class war" itself includes the struggle against racism, or is he one of those white lefties?

Apparently, even Bernie Sanders cannot really answer these questions. Saturday Night Live gave Sanders the golden opportunity to address some of this within a sketch parody he directed. The clever parody lacked political substance; it suggested he simply did not shake enough African American hands. Is that all that Sanders can offer, or did someone tell him this was the easiest way to get a laugh on Saturday night?

Has Sanders given critical thought to the white-power liberalism that triumphed in the New Deal and the Great Society, or does he just have trepidations about discussing this?

I'd say there are at least two things going on here which we haven't given enough attention to withn the press. First, Sanders is having such trouble talking about race is because of his political roots within the Social Democratic Party/ Socialist Party within the United States. Daniel Katz, author of the great book on Yiddish socialists, All Together Different, has an important article which frames Sanders' political roots as Yiddish. Katz is absolutely right that

In New York and elsewhere, Yiddish Socialists in the early 20th century founded and invigorated fraternal societies, newspapers, schools, athletic leagues, summer camps, theaters and, especially, unions. The immigrant generation were inspired by their experiences in the revolutionary movements in Russia, where intellectuals and militants from up to 100 ethnic groups learned to respect their own and one another’s cultures to be able to speak with and rally ordinary peasants and workers to fight the oppression of the Czarist State.


Yet, these Social Democrats, these subjects of my own research for about a decade now, also historically distanced themselves from the heart of African American political concerns. This is not to say that they have all hated African Americans as much as some nineteenth century Klan members. We all know that the Knights of Labor and the Industrial Workers of the World accepted, and at times welcomed, African American members. But, in the 1890s and 1900s, the Social Democratic Party had just about nothing to say about lynching and black disfranchisement. Victor Berger, a major party advocate, believed that white people ought to maintain the trappings of white privilege of their nineteenth century white, male predecessors. His Socialist Party favored some immigration restriction and organized heavily in formerly Populist regions. American Socialists have historically exploited the feelings of white entitlement to land, property, and self-ownership that infuriated, or sometimes emasculated, small farmers and newly-urban craftsmen. Some early American Socialists were Christians, and believed in building a cooperative "Christian Commonwealth." Yet, for a large fraction of these Americans that commonwealth would be built on vanquished Indian territory in the American West. 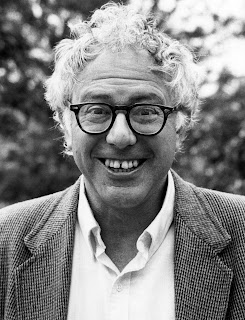 Sally Miller has done considerable research race, ethnicity and gender in the Socialist Party. Her 1971 article, "The Socialist Party and the Negro, 1901-1920" ought to be widely read and discussed right now. Her 2003 JGAPE article, "For White Men Only: The Socialist Party of America and Issues of Gender and Race," does too. One can read a review of her book here and a short list of her articles here.

Others, including myself, have followed up on this research and are now rewriting the history of American socialism. But, the truth is that there are not that many historians of early American socialism who have paid attention to race and gender. The Cold War framed so much of the discussion on this topic for so many years that the end of the Cold War seemed to render this early history irrelevant. We are just now unearthing the history of American Socialism for new political purposes, and we need to include race (and gender, and religion) in that history.

The other reason is that Sanders is part of that category of "New Left" /"Old Left" politicians which have had awkward relationships with Black Freedom Movement since the 1960s. Folks like Sanders were part of CORE because this was a safe place for white people to express their solidarity with the Black Freedom Movement. Nonetheless, it was not, exactly, the Black Freedom Movement. Historians of the Left must continue to explore this relationship between the Old and New Left and the Black Freedom Movement from the 1960s to the present. The Cold War alliance that they built was important but it did not even last through the Cold War. Wonderful new research has critically evaluated the so-called "social democratic" reforms of the twentieth century as movements which recognized black poverty but invested most heavily in alleviating white poverty. (This book by Ira Katznelson and this book by Ian Hartman immediately come to mind.) This newer research has recognized that Southern Congressmen, almost entirely Democrats from the 1930s through much of the 1960s, have deeply shaped how the Democratic Party/ Social Democratic Party fashioned legislation.

Previous presidential candidates have built close relationships with historians who could defend their tradition. One wonders if historians of Social Democracy in America are too hard to find, if what they have to say would too embarassing to admit, or perhaps if it's a little bit of both.