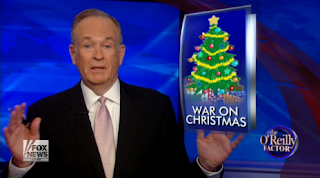 Our transport picked up on some troubling radio messages from Bott Radio Network. The "Bible Answer Man" with Hank Hanegraaff, "Love Worth Finding" with Adrian Rogers, "Renewing Your Mind" with R.C. Sproul, "Eagle Forum Live" with Phyllis Schlafly, and many others. Among them was a concerted concern. You may have heard about it. We are in the midst of a mighty battle. Suppressing my cowardly inclination to flee, sometimes, I thought, academics are called forth to go above and beyond. Sometimes, academics are obliged to scholarly duties regardless of life and limb. Sometimes, the War on Christmas is best seen from the frontlines. 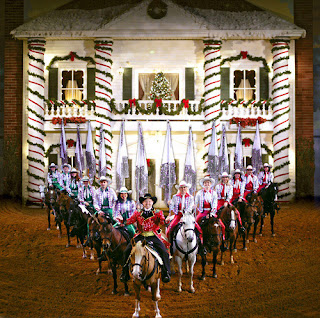 Within the data-rich jungles of Branson, Missouri, our party happened upon a political rally/dinner show at Dolly Parton's Dixie Stampede. Magic, animals, God, country, redneck humor--it was an intel cornucopia. Horses whizzed around the dirt floors as talk of forthcoming contests between the "North Pole" and the "South Pole" energized the gathered legions. I quietly sipped my ranch dressing soup (which, I was later told, was actually a "cream of vegetable"). O' Holy Night played as the manger-stage descended from on high. A Don LaFontaine-esque voice thundered down Bible verses as three kings entered stage right on camels. Sheep followed. As the dear 8 pound, 6 ounce newborn plastic infant Jesus was raised for all to see, a white dove flew from behind the manger to eat the seeds out of a suspended angel's hand in the metal rafters. Reminding us "of the true spirit of the season!" the pamphlet exclaimed. It was marvelous. And there was so, so much more. Through various confrontations in the form of pig races, chicken corrallings, wagon races, and toilet seat tossings, the "South Pole" rose again, and eventually emerged the victor. Among the side of the victorious, I imbibed my iced tea and ate my apple pie, happy to have witnessed this War for Christmas unscathed. 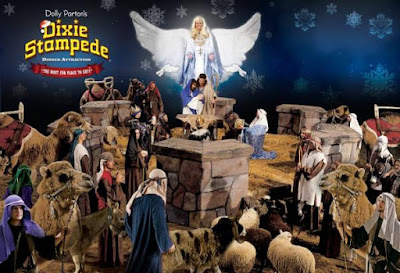 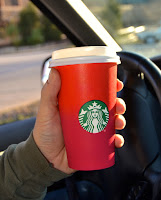 Not all who have encountered this war, however, have been so lucky. There was not a nativity scene to be found at either of the local Chick-fil-As. Perhaps insurgent vandals did away with the decor. Or perhaps the next-door godless Starbucks had gotten to them. Our chai tea latte cups were certainly lacking in explicit holiday spirit, and more resembled a relic from Stalinist Russia. Mine even tasted faintly more quotidian than usual. Nevertheless, I caution readers here. Sometimes a cup is not just a cup.

Chick-fil-A-turners and Starbucks secularists aside, McDonald's has faired better thanks to boots-on-the-ground support from a local mission, The Messiah Project. It's been a long and triumphant struggle. In 1999, McDonald's restaurants in the Springfield, Missouri region "requested that the Messia [sic] Project provide Nativity Scenes" for their display, so that they might better reflect "the traditional values of the season." Some said that their bringing back the McRib was conservatively traditional enough, other were not so satiated. The area has been shelled with Biblical reminders of the "reason for the season" strategically placed underneath golden arches ever since. 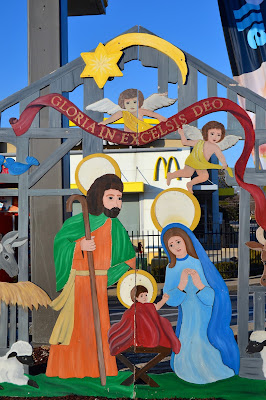 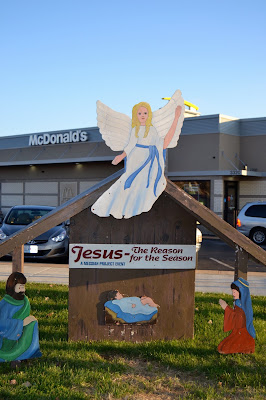 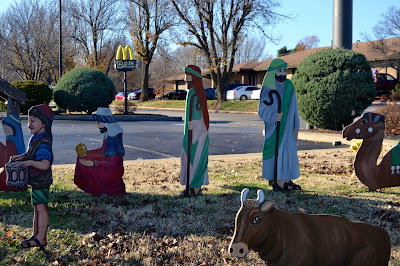 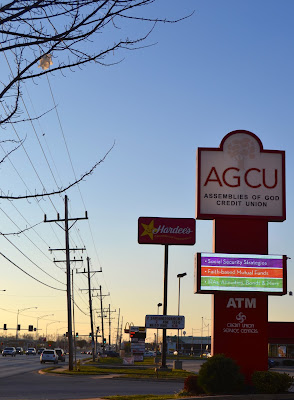 Funding for the McDonald's food supply lines, not to mention nativity scene construction and maintenance, must be substantial. The funding bodies for the Christmas Wars, however, were difficult to trace. But in the city that the Assemblies of God National Office calls home, we had our suspicions. Their "faith-based mutual funds" may or may not have shared interests in these holiday confrontations. Undoubtedly though, Christmas War bonds have made a difference. 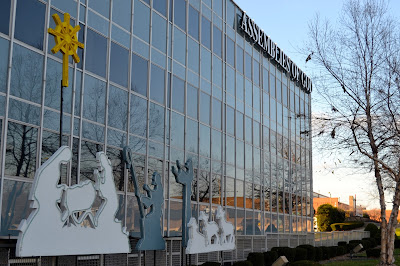 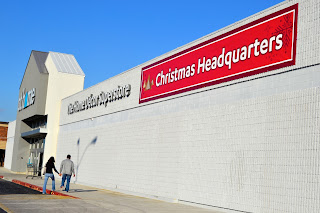 We caught wind of dissension among the ranks. The powers that run the War for Christmas, it seems, were not in accord. We were witness to a Christmas War coup d'etat of sorts, as a non-native retail agency sought to establish a new Christmas Headquarters in town and overthrow the old. Most supporters were aware, though, that Bass Pro is where Santa handles the logistics. In such dire times, any Santa worth his salt would obviously take refuge in a place where he and his could hone their survivalist skills. Therein, we were briefly privy to the training camp regimen. Fortunately, there were no eyes shot out here, for these militant "Daisy Christmas" youths were brandishing official carbine action, 200-shot range model air rifles. Should the Christmas Wars prove apocalyptic, this is clearly where one would want to be. Secular Black Bartists beware. 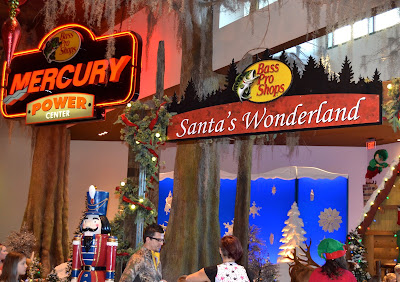 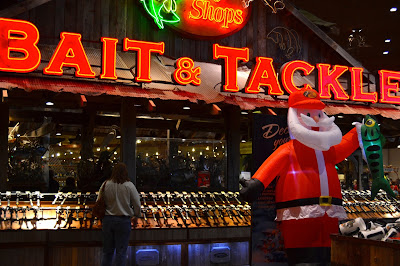 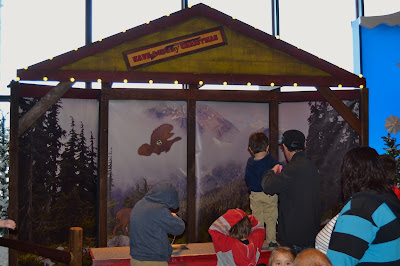 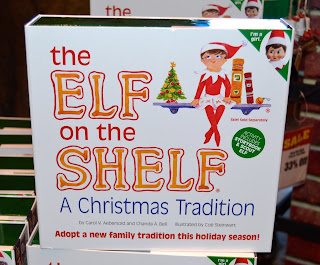 We wouldn't be so bold as to ask the readers where their allegiances lie. But we would caution them with the confirmed existence of a secret, elite unit of "scout elves" perched high on shelves and mantles across the country. Each night, when all are asleep, these inconspicuous scout elves fly back to the North Pole to alert Santa of any misgivings. With annual sales of $10 million and expanding, these elves on the shelves have a broad distribution and substantial networking. Now, even our children are caught in the political throes of the Christmas Wars.

So, liberals deny it. Conservatives decry it. Etc, etc. What's going on here? True, bellicose language and fret of "war" better binds those under "attack." True, evangelicals thrive on understanding themselves as beleaguered. What else? Is it now the case that to even utter the words "Merry Christmas," one not only assumes a political posture, but asserts a religious identity? It would seem so. In their militant efforts, evangelicals have not only politicized the debate, but they have appropriated a "tradition" and even a word. To say "Christmas" is to state one's faith. Now, any use of the phrase, "Happy Holidays," calls into question the state of one's soul. I'm reminded of Tracy Fessenden's work here, as I think what we are seeing is "the ability of a Protestantized conception of religion to control the meanings of both the religious and the secular." What we are seeing is a Protestantized conception of religion to control the meanings of both "Christmas" and "Holiday." Much like Catholic efforts to remove the King James Bible from Cincinnati schools in the 1840s and 1850s, what we are now seeing are charges of "secularization" in the midst of a move to more greatly appropriate a thing, be it a public school or Christmas. Like it or not, it's really quite an ingenious campaign.