Skip to main content
Labels
Posted by Cushwa Center for the Study of American Catholicism December 21, 2015 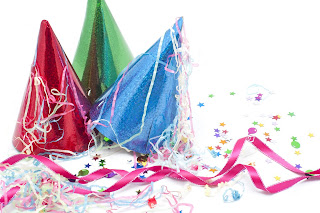 (In this month's Cushwa post, communications director Heather Gary summarizes some history of the Center on the occasion of its 40th anniversary, and also links to information on new and longstanding grant programs offered by the center.)

We’re breaking out the party hats and birthday candles this year to celebrate the 40th anniversary of the Cushwa Center for the Study of American Catholicism at the University of Notre Dame.

Since its founding in 1975, Cushwa’s aim has been to promote and support the field of American Catholic studies. To date, the Center has convened hundreds of events, including conferences, lectures, seminars, film screenings, and exhibits. It has awarded 210 Research Travel Grants, 51 Hibernian Research Awards, and three Peter R. D’Agostino Research Travel Grants. (The deadline for the 2016 grants is December 31—have you sent in your application yet?!) The Center has produced two book series, 123 working papers, a handful of occasional papers, and 81 issues of the American Catholic Studies Newsletter.

In recent years, this informational network has spilled over into new platforms, including Facebook (like us!) and Twitter (follow us!). But the in-person experience of this network remains dear to many who have attended past Cushwa events over the years, and it continues to draw graduate students and emerging scholars. In the most recent issue of the American Catholic Studies Newsletter, scholars who have been associated with Cushwa shared some of their favorite memories of activities, events, and relationships that have been sparked by the Center.  (Their recollections indicate Cushwa’s apparently holistic approach to supporting American Catholic Studies scholarship—the number of memories about research and seminars roughly matches the number of memories about meals, late-night conversations, and longtime friendships.)

The Cushwa Center has remained dedicated to the broad vision that Dolan set out in the first newsletter. The name American Catholic Studies Newsletter, he explained, “was chosen deliberately so that it would include information having any relationship to the study of American Catholicism.” Thus scholars of American studies, English, sociology, theology, religious studies, ethnic studies, and other fields in addition to history quickly became connected to the Center.

But, as one might expect, the focus of the Center has shifted over the years, typically reflecting the interests of each director.

This academic year, the anniversary events have been planned as a way to represent and honor those different interests. Two events have already occurred: In September, Gillian O’Brien of Liverpool John Moores University delivered the annual Hibernian Lecture and referenced Dolan’s groundbreaking work in the Irish-American experience. In October, to honor Matovina’s work on Latino Catholicsm in the United States, a seminar titled “Hispanic Catholics in 21st-Century Parish Life,” featured presentations by Hosffman Ospino of Boston College, Edward Hahnenberg of John Carroll University; Christian Smith of the University of Notre Dame; and Dora Tobar of the Diocese of Lafayette, Indiana.

Two more events are set for the spring semester. On February 25, 2016, Thomas J. Sugrue, professor of social and cultural analysis and history at New York University, will present the 2015-2016 Cushwa Center Lecture. His theme of 20th Century American Catholicism underscores Appleby’s focus during his time as Cushwa director. And on March 29, 2016, Colin Barr of the University of Aberdeen will present a public lecture titled “Missionary Sisters in Ireland's Spiritual Empire”—a theme that resonates with Cummings’ work on the history of Catholic sisters in the United States.

But as we at the Cushwa Center mark this anniversary, we’re not just thinking about the past four decades. We’ve got a handful of new projects in the works, one of which is the just-launched Rev. Theodore M. Hesburgh, C.S.C., Research Travel Grant program (the deadline for the first round of applications is April 1, 2016). Stay tuned for more information on other forthcoming ventures.