Religion on Display: Exploring Museums in the Study of Religion, Race, and Ethnicity 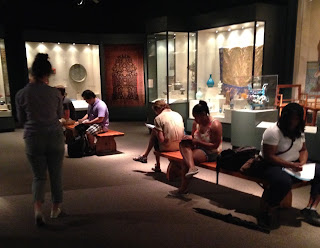 This semester I developed a new course, "Religion, Race, and Ethnicity: Exhibiting Race and Religion," which has focused on the role of historical and contemporary cultural exhibition and museum practices in promoting ideas about race, ethnicity, culture, and religion. The course grows out of my research on historical American anthropologists' examinations of Native American religions as well as my interest in contemporary collaborative museum practices. Broadly, I’m concerned with historical museum practices that sought to reinforce notions of essential human difference as well as contemporary efforts to decolonize museum spaces—as members of the communities once on display now articulate their history, culture, and identity on their own terms. 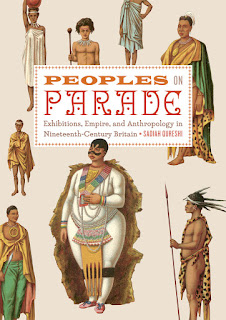 For the purposes of this course, a junior level course offered by the Department of Religious Studies at the University of Tennessee-Knoxville, my primary goal has been help students engage with these historical and contemporary issues through readings, discussion, museum visits, and related research projects on topics of their choosing. I designed the course as something of a pre-seminar, with assignments intended to allow students to develop and hone  research, discussion, and presentation skills.

I chose readings that would offer a theoretical framework for the categories we would be examining and a historical overview of exhibition practices beginning in the nineteenth century, including “human zoos,” international expositions, world’s fairs, and museums. At the beginning of the course, we discussed essays on the categories “religion,” “race,” “ethnicity,” and “culture” from a few edited volumes: Mark Taylor’s Critical Terms for Religious Studies, Philip Goff and Paul Harvey’s Themes in Religion and American Culture, and Willi Braun and Russell McCutcheon’s Guide to the Study of Religion. 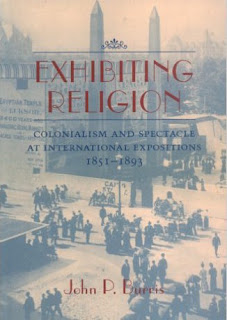 To better understand the context out of which U.S. museum practices emerged, we read Sadiah Qureshi’s richly illustrated Peoples On Parade, which offers an overview of numerous facets of public cultural displays, including perspectives of those who participated in the exhibitions, promoters’ advertising practices, audience responses, and the exhibition's twin goals of education and entertainment. Moving to the American context, we read John Burris’s Exhibiting Religion: Colonialism and Spectacle at International Expositions, 1851-1893, which describes American responses to European exhibitions as well as the significant 1893 Chicago Parliament of World Religions. Both Qureshi and Burris discuss the ways in which historical exhibitions drew on and promoted ideas about cultural evolution and essential religious and racial differences that scholars and the general public believed divided human groups.

Finally, we read texts that would help us understand more recent and local exhibition practices. I paired the introduction to Amy Lonetree's Decolonizing Museums with a chapter from Peter Nabokov’s Where the Lightning Strikes: The Lives of American Indian Sacred Places, which describes how the Tennessee Valley Authority (TVA), a federally owned corporation, built numerous dams that flooded archaeological sites sacred to the Cherokees and other Southeastern Native nations. Prior to the flooding of these sites, archaeologists conducted numerous digs to preserve significant artifacts, which were handed over to the McClung Museum of Natural History and Culture at the University of Tennessee for safekeeping. The TVA is (ironically?) a primary financial supporter of the McClung Museum's permanent exhibition on Southeastern Native history and culture, "Archaeology and the Native Peoples of Tennessee." 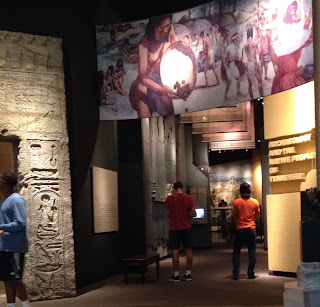 Throughout the semester, students went on three museum visits to the McClung Museum: two were led by museum staff and one was self-guided. For the first museum visit toward the beginning of the semester, a member of the curatorial staff gave us an introductory tour of the museum, focusing on two exhibitions: one dedicated to ancient Egyptian culture and another to artistic objects from numerous cultures. Students completed an assignment requiring them to describe the two exhibitions, analyze an object from each, and compare and contrast the two exhibitions—one which presents numerous items from one culture, and another that displays items from cultures in a single room. After we’d had an opportunity to read about and discuss historical museum practices, students returned to the museum and completed another writing assignment that asked them to compare what they saw at the museum with historical exhibition practices described in their readings. Finally, at the end of the semester, we had another museum visit that included an in-depth tour of the “Native Peoples of Tennessee” exhibit. The curator offered the class information about the history and development of the exhibition, including the ways in which the museum worked with representatives from Cherokee Nation of Oklahoma, the United Keetoowah Band of Cherokee Indians, also of Oklahoma, and the the Eastern Band of Cherokee Indians of North Carolina to design an exhibit that presents Cherokee history accurately and in accordance with Cherokee perspectives. 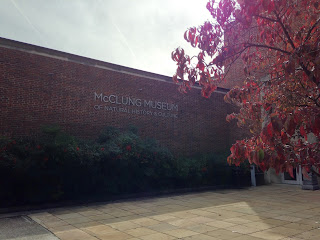 Thus far, students have indicated that the course has helped them to think more deeply about the categories of religion, race, ethnicity, and culture. At the beginning of the semester, students indicated that they assumed “race” and “religion” were opposing categories, and that one could choose a “religion” but that “race” is something that one is “born with.” My hope has been that, pairing discussions of historical museum practices with museum visits and contemporary approaches, students have a better sense of the ways that these categories have transformed over time, and that, when they observe cultural displays, they are able to ask questions about the exhibitions that might not be visible on the surface: Who designed exhibitions? Who funded them? What stories are the exhibitions telling? And what greater significance might these stories hold?
Email Post
Labels: archaeology archives and museums material religion Native American religions race and religion Sarah Dees's posts teaching

Unknown said…
This sounds like a wonderful course that integrates a number of interesting topics and themes in a way that challenges students' preconceptions! I like how you utilize a local museum and require hands-on work from the students that makes this sort of scholarly work more concrete and relatable. I'd like to teach something similar in the future. Could you send me the syllabus or a reading list?
November 18, 2015 at 8:14 AM