There are certain people, some dead, some alive, with whom scholars speak. There are other people, many more of them, about whom we speak. We study them. As applied to our “religious” objects of study, this distinction—call it “conversation partners” versus “data,” or, perhaps, secondary versus primary sources—has particular relevance. As the relatively uncontroversial, albeit overly simple, dictum goes, there’s a difference between studying religion and doing religion. Now, whether “we” scholars should do one or both has been the subject of much debate—debate that has arisen again amid the recent AAR election in which two white male Protestant theologians were advanced as the only candidates for Vice President. I won’t address that particular issue here (as usual, you should read Finbarr Curtis). Instead, I want to think about a similar set of questions. How do certain people become conversation partners for scholars of American religion? Whose ideas—and which ideas—will we take up, evaluate, and employ, and whose will we “simply” historicize, analyze, and problematize? Who gets to be a theorist, and who must only always be data?

Alexis de Tocqueville often gets to be a conversation partner. Sometimes, Tocqueville’s work is treated like any other primary source, but often it is more than that. Historians frequently quote him, often in epigraphs, as an authority on politics and culture of the early national United States. Why? Is it because of the content of his writings? Because he seems to be correct? Maybe that’s it, but this strikes me as an odd standard. Don’t we know he’s correct only after we’ve decided to evaluate the accuracy of his ideas? Perhaps Tocqueville enjoys such treatment because, as a foreign observer, he is perceived to be disinterested, operating from a position more analogous to our own self-imagination as dispassionate and objective. In a word, scholarly.

Other fields approach this issue differently. American literary studies, for instance, often blurs the distinction between conversation partner and data, situating their subjects as products of their time and yet engaging their theories, quarrying novels for insight especially regarding matters like democracy, freedom, representation, and agency. Hannah Foster might teach us a thing or two about living in a republic. This latter move makes a certain stripe of historians uncomfortable, because it can privilege the literary canon as more representative than it was, or because it “reads into” fiction too much.

Historians of American religion, either purposefully or unwittingly, often betray theoretical/theological sympathies with their subjects. In Mark Noll’s America’s God, for instance, Abraham Lincoln is a better theologian than mainstream white theologians from antebellum Princeton and Yale. Lincoln’s Second Inaugural, historically situated though it is, on Noll’s account is theologically sound and compelling. In John Modern’s Secularism in Antebellum America—a book already discussed alongside Noll’s—Herman Melville plays a similar role as someone who “gets it” when most of his contemporaries do not. (And they “get it” in similar ways. Both Lincoln and Melville, in the respective narratives, resist commonsense realism in favor of a more mysterious god and a skepticism about human agency.) Granted, agency is a concept with methodological relevance for all historians. So, in these cases maybe it makes sense to use our subjects as co-theorists, even if their discourses are labeled as theological. But how are lines drawn? I’m perfectly willing to “think with” Melville about confidence and fraudulence in the antebellum period. But it clearly is not my job to consider whether Jonathan Edwards was right about hell. At first blush, the dictum about studying versus doing religion seems clear enough, but in practice it can quickly muddy. One reason for this is that historians, however intentionally, often apply the distinction to people, so that some are designated as “religious” and others are not. Most of us would take issue with the framing of my thirteen-year-old sister’s recent text message: “So I know you teach religious history but do you like regular history too?” And yet, many people and institutions still divide historical knowledge in the same way, including in deciding who counts as a conversation partner. But, if “religious” figures like theologians and ministers are off-limits as conversation partners, does that not reify a secular/religious binary that so much scholarship now troubles? 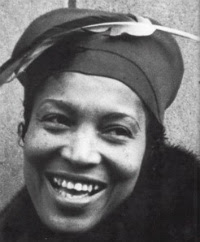 One way scholars determine who is a conversation partner is by their credentials: namely, a PhD and/or an academic appointment. A few people who figure into most narratives of American religious history have those qualifications. William James, W.E.B. Du Bois, and Zora Neale Hurston all fit this description. They clearly are our subjects (data, if you like), and yet they were part of our guild, broadly speaking. After hundreds of pages crafting an intellectual genealogy of James, Ann Taves laments that historians do not do the type of work James did, and she highlights one of his central concerns as “a more interesting and fruitful question” (361). James is no longer just an object of study; he is a fellow scholar with some good ideas that should be explored. Why does no one do this with Philip Schaff? He founded a society of which many of us are members! Is it because Schaff is too particularly theological, and James is religious in a sufficiently liberal or generic way? Again, not exactly an air-tight classificatory scheme. Few would dispute the place of scholars like James, Du Bois, and Hurston as part of the “story of American religion.” Maybe our most honest recourse is to recognize that we are too.


* Thanks to Jeff Wheatley for insightful comments on an earlier draft of this post.
Email Post
Labels: Charlie McCrary's posts historiography methods and theory primary sources

Mark T. Edwards said…
Great post, Charlie! It seems that the idea of conversation partners is also tied closely to the phenomenon of "revivals" of interest in a particular public intellectual--John Dewey and Reinhold Niebuhr come to mind.
October 24, 2015 at 8:36 AM

Charlie McCrary said…
Thanks, Mark. I was hoping people would suggest others who straddle this line. Those are great examples.
October 24, 2015 at 11:20 AM

Unknown said…
Nicely written, Charlie. Now you've got me wondering why I've got Philip Schaff in one of my chapters (data) but William James gets his place in the conclusion (conversation partner). Or more precisely, since I have a pretty good reason for that, I wonder why I haven't consider Schaff as a conversation partner, when I am much closer to him than James.
October 24, 2015 at 2:29 PM

esclark said…
James Baldwin and WEB DuBois are sometimes my conversation partners and in other cases are my data. And sometimes, especially in the case of Baldwin's The Fire Next Time, acting as both at the same time.
October 25, 2015 at 8:54 AM

Tom Van Dyke said…
But it clearly is not my job to consider whether Jonathan Edwards was right about hell. At first blush, the dictum about studying versus doing religion seems clear enough, but in practice it can quickly muddy.