Today's guest post comes from Michael Limberg. Michael is a doctoral candidate at the University of Connecticut specializing in U.S. foreign relations. His dissertation “An Abundant Life: U.S. Development in the Near East, 1919-1939” is about the network of missionaries, philanthropists, and diplomats encouraging economic and social development in Turkey, Palestine, and Lebanon in the 1920s and 1930s. 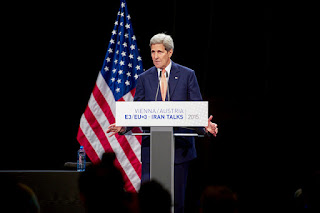 After Secretary of State Kerry announced a nuclear deal between the P5+1 countries and Iran, I was wading through a sea of editorials and thought pieces by foreign policy experts and conservative evangelicals when one headline caught my eye: “The Iran Deal is a Good Option- and a Christian One.”  In a post on the Sojourners website and Huffington Post, Sojourners President Jim Wallis argued that the agreement on the table was the only moral and practical way to keep Iran from developing nuclear weapons.  Wallis, Ron Sider, Tony Campolo, and other progressive evangelical leaders had already convened an ecumenical group of supporters in favor of a deal with Iran, laying out a theological framework in the “Hope but Verify” statement issued in April 2015.  Signatories argued that Christians had a “moral obligation” to pursue peaceful negotiations, but also to acknowledge evil in the world by pushing for strict inspections and controls.  In his July article, Wallis celebrated the deal’s inspection framework, saying it was “critical to those of us who ascribe to ‘Christian realism.’” 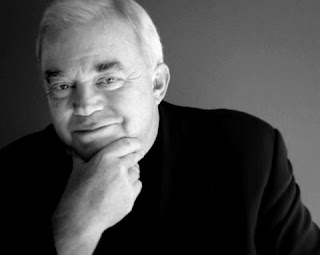 Hearing progressive evangelical leaders speak out on foreign policy issues is not a surprise.  Wallis and the Sojourners organization’s early opposition to the Vietnam War was a formative voice informing the early agenda and theology of the broader progressive evangelical movement.  The 1973 Chicago Declaration of Evangelical Social Concern rejected a “national pathology of war and violence which victimizes our neighbors at home and abroad.”  Pacifism, peacemaking, and a critique of overbearing nationalism remained central to the movement from opposition to Reagan’s nuclear buildup through the post-9/11 invasions of Afghanistan and Iraq.  But the nod to Christian realism in Wallis’s post is surprising.  He and many other progressive evangelicals have long opposed Niebuhrian realism and its evangelical proponents.  In a 1982 statement against nuclear weapons, for instance, Wallis argued that “To ignore Jesus now, in the name of political realism, is to allow our realism to destroy us.”  But the mention of realism here reveals several key issues about the nature of progressive evangelicals’ engagement with foreign policy, avenues of investigation that can deepen our historical understanding of the movement and its evolution.

Yet Obama is a self-proclaimed Niebuhr acolyte, particularly on foreign policy matters.  New York Times columnist David Brooks first publicized Obama’s embrace of Reinhold Niebuhr in a 2007 interview with the then-presidential candidate. “’I take away [from Niebhur],’ Obama answered in a rush of words, ‘the compelling idea that there’s serious evil in the world, and hardship and pain. And we should be humble and modest in our belief we can eliminate those things. But we shouldn’t use that as an excuse for cynicism and inaction. I take away ... the sense we have to make these efforts knowing they are hard, and not swinging from naïve idealism to bitter realism.’”  Since his election, Obama’s reluctance to construct a grand strategy and pragmatic patience in continued engagement in Afghanistan, dealing with the Arab Spring, restoring ties to Cuba, and other foreign policy questions have won praise and criticism- and more comparisons to Niebuhr.  He has also referenced the just war components of Christian realism as a rationale for drone strikes and intervention against ISIL.  A recent revival in attention to Reinhold Niebuhr by both religious and foreign policy scholars is, perhaps, partially related to Obama’s open embrace of the theologian. 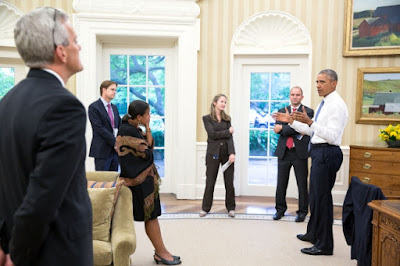 I argue that Obama’s version of “Christian realism” has enough overlap with the progressive evangelical “public theology of community” to make cooperation on specific issues and some bigger strategies of American global engagement logical.  This term, which Brantley Gasaway uses in his recent Progressive Evangelicals and the Pursuit of Social Justice, refers to an implicit philosophy that emphasizes God’s creation of people as “interdependent communal beings, linked as neighbors with reciprocal responsibilities for each other’s welfare and the common good.”  Social justice provides the policy framework to balance individual rights and the common good.  In the case of the proposed Iran agreement, progressive evangelicals see common good as engagement with enemies and the chance to protect the people of Iran, the United States, and the world from a nuclear war.  That goal requires placing the global good ahead of national self-interest, even if it means engaging with a government that treats its citizens poorly.  The Hope But Verify emphasis on inspections and sanctions snapback are a nod to realism’s emphasis on evil in human society.  On a larger scale, Obama’s version of Christian realism has meant more engagement with traditional enemies and a step back from crusading American exceptionalism, goals that match the progressive evangelical agenda.  A line from Obama’s 2009 Cairo speech, “I also believe that events in Iraq have reminded America of the need to use diplomacy and build international consensus to resolve our problems whenever possible,” hints at how the strand of Christian realism and foreign policy that rejects grand strategies and panaceas can function pragmatically with progressive evangelicals’ rejection of overweening nationalism seen in the Chicago Declaration.  Progressive evangelicals and the current administration remain imperfectly allied on a number of foreign policy issues, particularly Obama’s willingness to intervene militarily in Afghanistan, Yemen, Syria, and elsewhere.  But they have worked together in many ways.