A Mixtape on Theory & 'Religion' Dedicated to American Historians: Side A 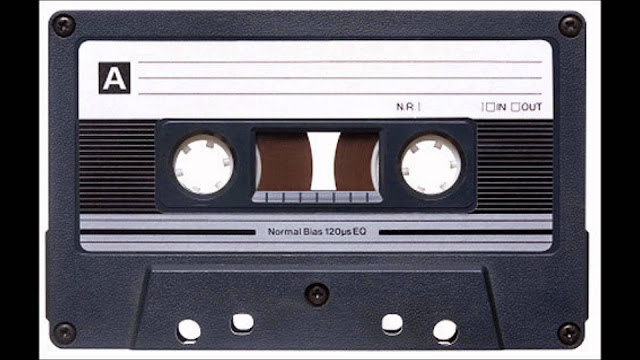 Last month, at the Biennial Conference on Religion and American Culture, I was hanging out with RiAH blogger Heath Carter and friend of the blog Tim Gloege when Heath leaned over the table and said to me, "So, Mike, tell me what historians don't understand about 'religion.'"

"Yea," said Tim. "You should write a blog post on that. 10 books of theory that every historian should read."

Little did I know that Heath's question, posed to me the night of our arrival to Indianapolis, would be one of the major themes of the conference. The next morning opened with a panel on "what is religion?" and the second day saw more poking and prodding around how historians and religious studies scholars should think about the category religion. By the end of the conference I found myself defending genealogical critiques of categories like "religion" or "Hinduism."

(Side note: That I'm typing this blog post on my laptop is proof enough that I still find use in the so-called "genealogical turn" and have not, indeed, taken a sledgehammer to my computer as recommended.)

So, I'm going to follow Tim's advice. I offer this mixtape of theoretical essays and books to all my American historian friends who want to think about the category "religion" a little deeper, with a little more nuance, and with a little more theory. Like all mixtapes, this one carries with it my own tastes and is offered with affection in hopes that a track or two will inspire you to listen deeper in the artist's catalog.

The first half of the mixtape is below and I'll bring you the second half in August. Also, feel free to make more recommendations in the comments section. 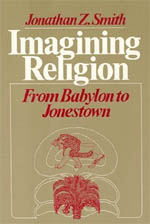 A good mixtape starts off hot and so I'm going to pair Smith's now classic essay with his now classic book. "Religion, Religions, Religious" can be found in Mark C. Taylor's Critical Terms for Religious Studies. Smith traces various definitions of "religion" beginning with the Latin root *leig and moving all the way through anthropologist Melford E. Spiro. Imagining Religion consists of a series of essays  wherein Smith tries to reposition the study of religion away from the essentialist approach that dominated the field. As opposed to the study of "the sacred" as popularized by Mircea Eliade, Smith argues that the study of religion must be historical and anthropological. The real genius of the book is Smith's mastery of a variety of examples ranging from early Judaism to cargo cults to Jonestown. 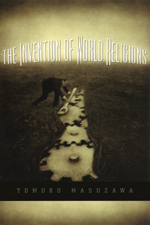 This book is the Father John Misty of this mixtape. Some people think it's original and interesting while others find it far too pleased with itself. You may have heard of this one, historians. You may even have read one of the reviews from Bob Orsi or Leigh Schmidt. But don't judge a book by the fact that no one you know liked it. Masuzawa is not offering a history of the study of religion but a genealogy of "world religions" discourse. The book shows how (mostly) European scholars folded Christian supremacy and primacy into the pluralist discourse of world religions. The next step that no one has taken is to show how this world religions discourse flourished in the United States on the one hand and how it became an organizing principle in the study of American religion on the other. 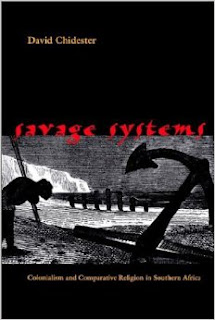 This is the part where the mixtape adds in some international flavor. Think of this as that world music track that gets thrown in. Like the world music track on a mixtape, this book provides some much needed comparison for American historians. If we want to think about how "religion" has been constructed in America, why not pay attention to how it was constructed elsewhere. Chidester unpacks the role of colonial officials, native informants, and missionaries in the construction of "religion" in colonial South Africa. It is a wonderful example of how a scholar can pay attention to the political, social, colonial, economic, and cultural forces that fabricate religion. If you've read Tisa Wenger's We Have a Religion, this makes a very interesting comparison.


William Arnal and Russell T. McCutcheon, The Sacred is the Profane (2012) 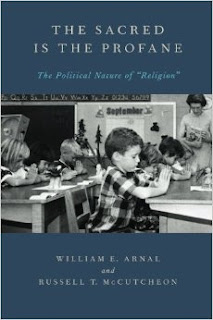 Not including my colleague Russell McCutcheon on this mixtape would be like leaving the Descendents of that mixtape I gave my wife in college. It wouldn't be right.  While most people would expect me to include McCutcheon's earlier Manufacturing Religion (the equivalent to 'Milo Goes to College'), I actually prefer his later work from the past few years (sort of like 'Everything Sucks' and 'Cool to Be You'). In this collection of essays written over a few years, Arnal and McCutcheon tackle theoretical issues such as the constant "what's the definition of religion?" question, the politics and economics of religious studies, and "the secular." In some ways, it's the twenty-first century analog to Imagining Religion.

Talal Asad, Genealogies of Religion: Discipline and Reasons of Power in Christianity and Islam (1993) 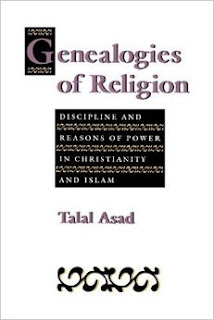 Let's end this side of the tape with an oldie but a goodie. Talal Asad's set of essays in this book brought a Foucaultian (yea, I said it) interest in power, knowledge, and discourse to the study of religion. Like other books on this mixtape, it moves between a number of different examples, times, and places. But the book is held together by Asad's argument that "religion" is a category constructed by the West to make sense of non-Western people. Furthermore, Asad deftly analyzes how "religion" has arisen as modern concept. Come for the slobberknocker takedown of Clifford Geertz and stay for the smart take on Salman Rushdie and The Satanic Verses.


Well, that's side A. Check back here next month to see what's on the B-side. Also, tell me what I missed or why I picked terrible books or why you hate mixtapes in the comments.

Kabo said…
This is fantastic. And also made me realize that the moment I see endless examples from different time periods, I automatically reject it as historically implausible. Unless it in World Christianity books. Then I just find it learned. Thanks friend. This was less of a mixtape and more of an intervention.
July 3, 2015 at 7:06 AM

Charlie McCrary said…
Is this list about "theory" of religion or about genealogical critiques of the category? I think of theory of religion as an attempt to articulate what religion is or how we should talk about it (e.g., Eliade's The Sacred and the Profane or Tweed's Crossing and Dwelling.) Most of the books here are geared more toward historicizing or deconstructing the category "religion" (and related ones), discussing the intellectual, political, and economic interests in various actors' creation and maintenance of categories. Obviously there is plenty of overlap between these two types of inquiry, and maybe one thing "historians don't understand about 'religion'" is that it isn't a transhistorical or essential thing (although, do people really not know that? or just not agree?). That being said, the two approaches I described do seem like different projects to me. Maybe that's just me, though. Do you (or anyone--weigh in) see it differently?
July 3, 2015 at 6:18 PM