Summering with the Dead 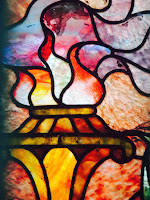 Summer is here! Wednesday I start teaching my masters class on "American Dead and Undead," but I have already been enjoying spending time in some of America's finest cemeteries.  Sunday I had the pleasure of traversing Beth Olam in Cypress Hills, the resting place of congregants and leaders of three of New York's oldest Jewish congregations, Shearith Israel, B’nai Jeshurun, and Shaaray Tefila.

I was at Beth Olam to pay homage to the graves of the Brandon and Moses families, whom I am researching this summer and on whom I had just spoken at Shearith Israel earlier in the week.

Founded in 1851, Beth Olam is the fourth and current cemetery of Congregation Shearith Israel, the Spanish and Portuguese Synagogue and New York's first Jewish congregation.  Unlike the three earlier cemeteries, Beth Olam is located outside of Manhattan in Queens.

Also unlike the earlier Shearith Israel cemeteries, Beth Olam was built as a Garden Cemetery, that is a burial ground that uses landscaping to create a park like setting.  This was fortunate for me, as although it was quite hot the day I visited; yet, because of the landscaping there were plenty of trees and welcoming shade.  Even the chapel at Beth Olam pays homage to the landscaping movement of the nineteenth century: the building is "the work of Calvert Vaux, the co-designer of Central Park. Commissioned in 1882, the small, red brick chapel is the only religious building that Vaux is known to have built" (Fourth Shearith Israel Cemetery).

Although the vast majority of the stones in the Shearith Israel section (including those of the Brandon and Moses families) were in keeping with other Spanish-Portuguese cemeteries of this era, I found myself entranced with the less common and more unusual mausoleums, particularly their elaborate use of stained glass, which gave the mausoleums a synagogue-like feel.  Stained glass was common in synagogues of this era, and most of the symbols used on the windows were Jewish ones, most prominently the eternal flame.  Also popular, however, was a neoclassical woman in mourning (either in metal or in Shaaray Tefila in glass), similar to ones found in Christian garden cemeteries of the era, such as in Lowell.  Below are some of images from the Beth Olam cemetery, arranged by which congregation's section they are from. 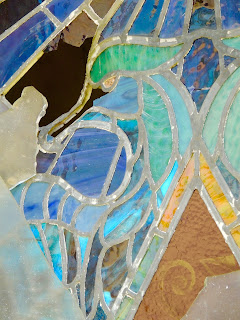 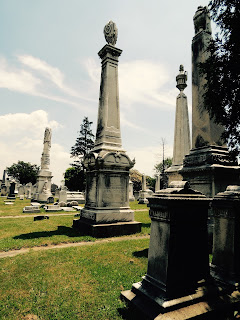 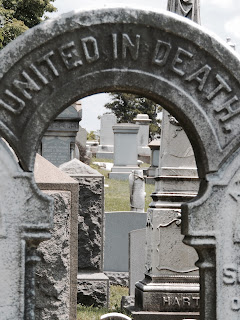 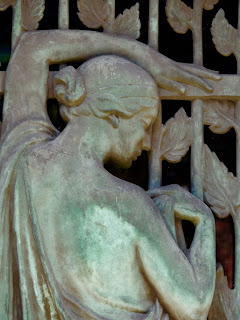 Detail of Mausoleum near entrance to Shearith Israel section.

B'nai Jesurun Section of the Cemetery 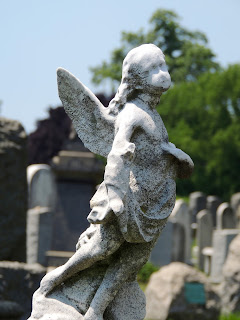 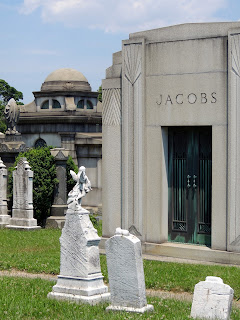 Unlike in the Shearith Israel Section of the Cemetery, the B'nai Jeshurun section
has several children's gravestones with three dimensional angels. 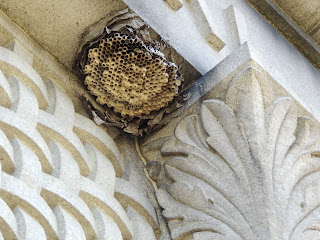 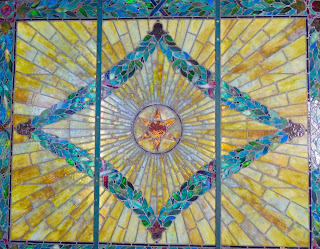 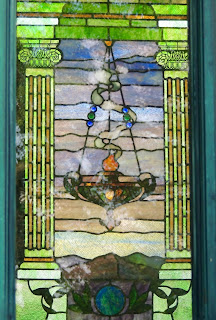 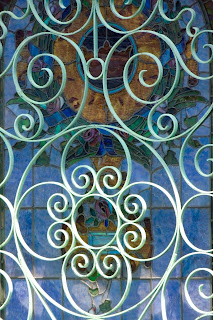 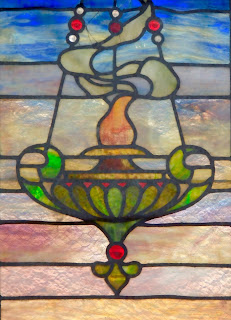 The most prominent image in Stained glass is the eternal flame,
a stock image found in Jewish synagogues of all denominations 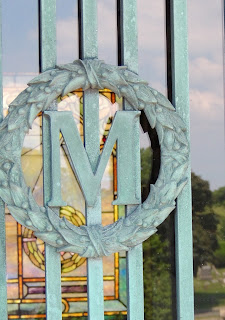