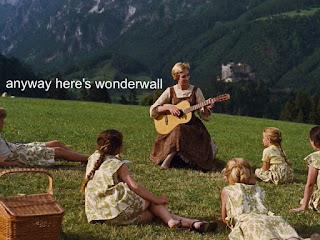 As everyone on this blog can probably agree and attest to, historians are a trendy bunch. So it is probably of little surprise that in the past year or so there has been great work done on sound, music, religion, and of course, vinyl. A quick survey of my favorites includes Isaac Weiner's Religion Out Loud (See also: here, here, and here), Lerone Martin's excellent Preaching on Wax (here too), John Modern's Prayer Project, and most recently Jason Bivin's Spirits Rejoice! (For those too lazy busy to click back a page: here and here, listening guide, with more here and here). Adding to this conversation of recording, is Brian Hochman's excellent Savage Preservation, a valuable read on how media was debated and used in nineteenth and early twentieth century research involving American Indian communities.


Hochman’s work is helpful to these conversations on several levels, but perhaps most useful for readers of blog on religion in America, are the ways in which he shows how racial ideas of the “vanishing Native” created new media as much as new media created racial identities. As he argues, “During the late nineteenth and early twentieth centuries, encounters with race and cultural difference actually helped to construct the authority of new media technologies, both as socially intelligible inventions and as reliable archives of the real. Race produced media, in other words, even as media produced race.” Hochman documents media change by examining how early American ethnographers (perhaps the best well known being John Wesley Powell, Franze Boas, and Jesse Walter Fewkes) attempted to use audiovisual media for disinterested, neutral, and scientific purposes. The promise of modern technology at the turn of century, especially photographs and phonographs, was, of course, to objectively document people. And, since Native communities were doomed to extinction, it was up to these men and their scientific networks to record primitive historical actors before they were gone. 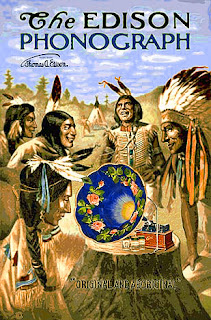 Perhaps Hochman’s most interesting work to this end is on “technologies of the Indian Word” showing how attempts to document Indian alphabets set the precedent for future studies of “salvage preservation.” Recording languages lost as American Indian communities began to speak civilized language was central to ethnographers debates about adopting the expensive and often unreliable phonograph. Moving from written language, to photography, to sound recording, to cinematic film, highlights the process by which ethnography fed new media technologies, and how these technologies gave new life to ethnographic projects.

Hochman highlights how this media was developed and used to document Plains Indian Sign Language, a form of communication that fascinated evolutionary anthropologists like Garrick Mallery, E.B. Tylor, and Lewis Henry Morgan. As the nineteenth century progressed, issues of recording both audio and visual record of these fading peoples became a paramount concern of ethnographers, even as their technologies failed repeatedly to capture the true essences of these “original” and “aboriginal” indigenous populations. Debates over the role of media, according to Hochman, were therefore always predicated on difference. The supposed universality of cylinders and wax, highlight these “fictions of permanence” of both media technology and the static cultures they are supposed to record. So, to that end, break out those 8-track players, Walkmans, record players, or, for the less-hip, various digital formats, and here are a couple links for future use: recordings by Francis Densmore, 1910-1925, more Densmore, a 1916 recording, and Alan Lomax, and I would be happy to see more contributions of links to recording databases.