Skip to main content
Labels
Posted by Unknown May 08, 2015

Mapping Ararat: A New (to me) Digital Project in the Study of Religion 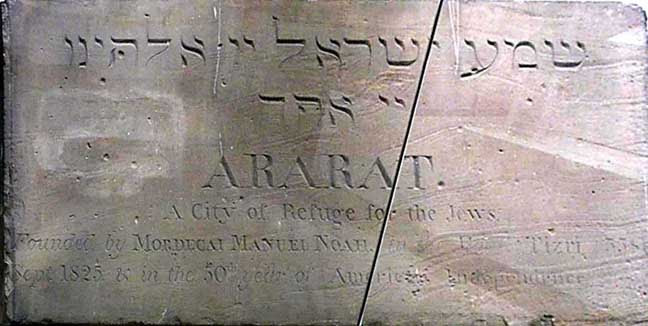 As some of the readers of this blog might be aware, I am currently in the final stages of publishing a report on emerging digital landscapes in the study of religion along with my co-conspirator Hussein Rashid. The report, commissioned by the Social Science Research Council for it's Religion in the Public Sphere program, documents how the kinds of born-digital work that have transformed other disciplines is/can/should change the study of religion as well. Hussein and I are currently completing revisions on the report, so look for a more formal announcement soon.

As part of the research for this report, I had the privilege of looking into a number of digital projects and talking to a number of lead scholars and project directors. The finished report will come with an appendix listing the projects Hussein and I found, but for my post today I want to highlight a project that particularly caught my eye. The project is called Mapping Ararat: An Imaginary Jewish Homelands Project, and it's part research, part art, and part speculative geography. But it's all fascinating and is one of the most innovative projects I found in writing the report.

Mapping Ararat begins with an artifact. In September of 1825 Mordecai Noah founded a small city on Grand Island in New York, which lies near Niagara Falls right on the Canadian border. The town, according to Noah, was to serve “a city of refuge for the Jews” who faced persecution across the globe. However, for anyone who has been to Grand Island recently knows, Noah's plan never took off. It became, according to a number of scholars, just one more nineteenth century utopian community that eventually floundered. Indeed, the only artifact that survives of the town is a cornerstone Noah commissioned (pictured above) and a handful of maps that reference the site.

Yet for Melissa Shiff, a Research Associate at the Centre for Digital Arts and Technology at York University, and Louis Kaplan, a Professor of History and Theory of Photography and New Media at the University of Toronto, the historical record's silence was as much an opportunity as it was a problem. Drawing upon new modes of presentation like augmented reality and simulated cartography, Shiff, Kaplan, and a number of other project associates virtually recreated the Jewish homeland Noah once envisioned, complete with its own currency, flag, and theme parks. As the video above shows, the project consists of a walking tour that utilizes the GPS coordinates of smartphones and tablets to project what a Jewish homeland might look like in modern America, as well as a web-based rendering of this material as well.

As someone who is working on their own digital project to map Chicago's lost religious landscapes, I've taken a great deal of inspiration and insight from Mapping Ararat. But what I particularly like about the project is its attempt not only to recreate lost religious landscapes, but to imagine religious landscape that never were. American religious history is filled with such landscapes. Visions of homelands, communities, and states have motivated--and sometimes literally moved--so many people in the past. But often times these visions never became concrete. What other imaginary religious landscapes might augmented reality bring to life? Brigham Young's plan for the State of Deseret? Malcom X's call for independent black states on American soil? John Alexander Dowie's vision for Zion, IL? The possibilities are endless, and they reveal digital technology's ability to let our work as scholars look like the religious worlds of the people we study.

Judith Weisenfeld said…
I love this project too and have used it for teaching. Thanks for the heads up about new things to come.
May 8, 2015 at 4:10 PM