The Cold War and Kruse's One Nation Under God 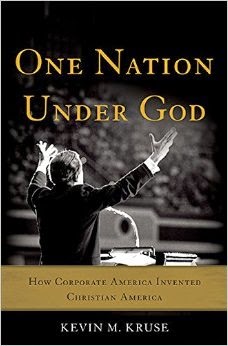 Note: This is the first post in a three-part review series. Look for reviews by other contributors later this month.

There’s a lot to say about Kevin M. Kruse’s soon-to-be-released One Nation Under God: How Corporate America Invented Christian America (Basic Books, 2015). Fortunately, several RiAH bloggers will be diving into the book throughout the month and I’m sure we’ll have some great conversations from a variety of perspectives. The part of the book that I’ll be focusing on today is how Kruse’s narrative adds to our understanding of the early Cold War period.

Kruse argues that the post-World War II religious revival has less to do with communism and the Cold War, and more to do with the lingering, unsettled domestic political disputes around the New Deal. “The story of business leaders enlisting clergymen in their war against the New Deal,” he writes, “is one that has been largely obscured by the very ideology that resulted from it” (292). In Kruse’s telling, it is “Christian libertarians” who were most troubled by the New Deal, and what they foresaw as the inescapable (and terrifying) future of a state-managed economy if Frank Underwood's FDR’s plans were not interrupted. To promote their cause, these Christian libertarians turned to a language of rugged American individualism, a feature of American life they feared was being sapped by the New Deal. Early articulators of this opposition, like Reverend James W. Fitfield Jr. and his organization, “Spiritual Mobilization,” critiqued the “pagan statism” of New Dealers and sought to build an alliance between the New Deal’s chief victims: Corporate leaders (whose workers would expect handouts rather than wages) and ministers (whose parishioners would worship the state rather than God). The haphazard shaping of this alliance grew out of shared politics rather than theological niceties. What they could–and did–agree on was an idea of America that had always celebrated the timeless Christian virtues of hard work, individualism, and free market capitalism.

In this narrative, World War II paused–rather than ended–the debate between the inheritors of the Social Gospel and state-oriented planning/spending (like FDR) and the corporate individualist “Christian libertarians” (like Billy Graham, among many others). One Nation Under God argues that the genius of these movements was tapping Cold War anxieties for fuel in the pre-existing fight against the New Deal. What’s important about each of these three movements, the book shows, is that they all required extensive corporate backing and organization. The blurring between religious and corporate interests, Kruse argues, was not accidental but rather entirely deliberate. 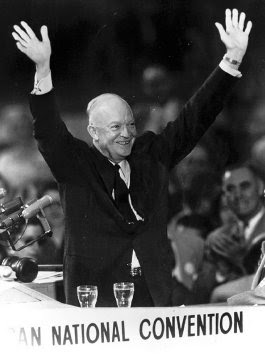 After the war, the partisans returned to the field. Beginning in the late 1940s, Kruse lays out three parallel movements that advance the cause of “Christian libertarianism” in America: (1) Abraham Vereide’s prayer breakfasts, (2) Billy Graham’s revivals, and (3) Eisenhower’s campaign and election.

The final chapters of the book outline the emergence of the religious right, with the Nixon-Graham relationship taking center stage. Their relationship serves as an example of how the earlier Christian libertarian rhetoric lived on even after the threat of the New Deal had passed. The result was a series of public battles–in the newspapers, in Congress, and on the Court–about the place of religion in public life that often witnessed Americans viewing the very sloganeering devised in the 1950s (“One Nation Under God,” “In God We Trust,” etc.) as patriotic hand-me-downs from the Founding Fathers. What Kruse gets at, then, is the invention of this story about the place of religion in American life–and how that story came to be obscured.

This sets up new and interesting ways to think about the early Cold War period. Kruse argues that the post-war religious atmosphere was as much a function of prewar economic debates as it was a fear of the USSR. For example, Rev. Fitfield’s and Spiritual Mobilization’s focus was on opposing Harry Truman’s “collectivizing” legislative program. In this way, Kruse argues for a reimagining of these early postwar conservatives as opposed foremost to the legacy of the Social Gospel rather than to the legacy of the Russian Revolution. Careful readers will see how Kruse shows, rather than tells, scholars of American religious history that our view of the Cold War period might need some tweaking. These arguments are well-illustrated by a number of choice examples, such as Billy Graham’s line at his revival meetings that the great thing about the Garden of Eden was that it had “no union dues, no labor leaders, no snakes, no disease” (37), or in the framing of midcentury changes to the Pledge of Allegiance as the result of two decades of domestic economic battles (109). And to be sure, Kruse has a point. Narratives of the early Cold War period that point only to the threat of Communism in geopolitical terms miss the ways in which longstanding American domestic conflicts piggybacked on the red menace.

Of course, the influence of the Cold War cannot be discounted, and Kruse does acknowledge its importance. The state under Eisenhower was massive, though, and I would have liked to see more about the relationship between these Christian libertarians and the burgeoning military-industrial complex. Did expansive defense spending alter these relationships and if so, how did that fit into the critiques of “pagan statism” (87) lobbied at an ever-expanding federal government? Still, while I might give more weight to the threat (whether real or imagined) of the USSR than it has here, One Nation Under God makes a powerful case that this is not a historiographical zero-sum game. 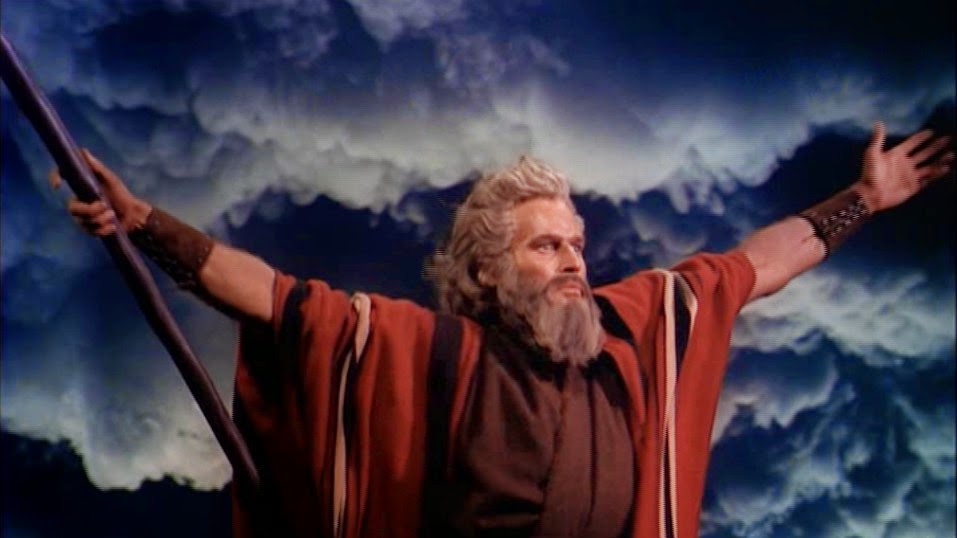 Kruse is at his best when it comes time to tie together the many Christian libertarian organizations, individuals, and ideas he sketches out in the first part of his book. My favorite is the “Pitchmen for Piety” chapter, where Kruse argues that “the advertising industry discovered religion as a means of professional salvation in the aftermath of the Great Depression” (130). Take, for example, Kruse’s portrayal of Cecil B. DeMille and The Ten Commandments (1956). Kruse shows how advertising, corporate-ministerial relationships, government support worked in tandem to make DeMille’s movie the smash hit it was. DeMille’s hatred of the New Deal (and the burden of dealing with Hollywood unions) led him to testify before the House Un-American Activities Committee, serve with Spiritual Mobilization, and help popularize Graham’s 1949 LA Crusade. Kruse shows how DeMille intended The Ten Commandments, often cast as part of an East-West competition, to be a critique of ungodly liberal policies at home. (“The happiest man in the world to see a continuance of the Truman regime,” DeMille wrote, “would be Joseph Stalin” [140].) The movie’s marketing campaign involved donating thousands of Ten Commandments plaques to public locations, including courthouses, across the United States. Many of these same plaques would later be fodder for the legal challenges of the “culture wars.” These sorts of examples, housed as they are in short, well-written chapters make for readily teachable examples, too.

Historiographic comments are few and far between in the body of the text. Lest this make you think the book is anything other than impressively researched, fear not: Kruse has done a great deal of work in locating choice primary sources. The notes are impressive. Colorful examples abound, whether in close readings of newspaper coverage of major events, or in the diary of an observer at Disneyland’s grand opening in 1955. This helps Kruse latch onto interesting characters as he explores the web of Christian libertarian relationships. The result is an eminently readable book, chock-full of lively and entertaining anecdotes. In part for these reasons, I also expect One Nation Under God to receive a good deal of use in the classroom.

Fr. Stephen M. Koeth, C.S.C. said…
Thanks for the review! Looking forward to the next two parts of the series, and of course to the book itself. I'm wondering already, how much if at all does Kruse deal with American Catholics? At first blush, it would seem that their support of unions and much of the New Deal, their general aversion to libertarianism, and their longstanding abhorrence of godless communism, might complicate the story a bit.
March 4, 2015 at 11:38 AM

As for Rev."Fitfield," I hadn't heard of him.* We need to measure the influence of such folks to know whether to rate them or treat them as outliers, say the difference between Rush Limbaugh and Michael Savage, or between Jon Stewart and Lawrence O'Donnell. [Or Rosie O'Donnell, for that matter.]

Spiritual Mobilization (S.M., 1935–61) was a Los Angeles–based “spiritual libertarian” and free market–oriented national organization formed by Rev. James W. Fifield Jr. (1899–1977)—a politically conservative but theologically liberal Congregationalist minister—to counteract not only the political collectivism spawned by the New Deal but also a variety of leftist trends in organized religion (for example, the anticapitalist “Social Gospel” advocacy of the National Council of Churches).
March 4, 2015 at 10:10 PM