How I Became a Believer: Religion and Music 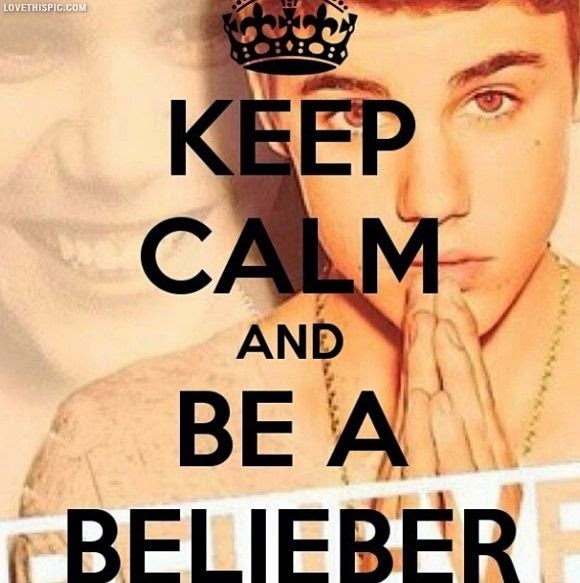 If you have kids, at some point you have probably had the suspicion your children's music is sucking your soul dry.  Perhaps worse, you may have found yourself happily humming along to the music that used to suck your soul dry.  Maybe you have swallowed your pride as you tried to answer your nine-year-old's earnest question, "which 1D album do you like best?"  Better yet maybe you kvelled when your six-year-old piped up from the back seat of the car that the latest Justin Bieber album just isn't as good the second time around and you thought – hope surging – he is no longer a Belieber and maybe, just maybe, that means Bieber albums will no longer play on endless loop during long car trips. 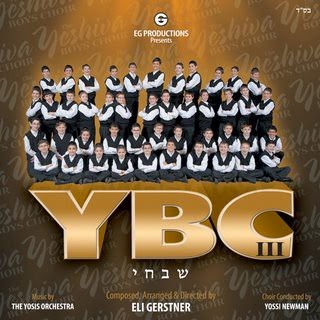 In my household, the musical divide is further fractured by the fact that my husband would prefer that the children wouldn't listen to secular music.  In my rational mind, I know he has the upper hand.  It isn't just that – as my daughter once loudly noted while listening to the radio – "a lot of Katy Perry songs are completely inappropriate."  The rejection of secular music also has to do with the role of music in spiritual transformation in the Jewish tradition.  Some rabbis hold that music has the ability to uplift and shape your soul, and if you want your soul to bend in the right direction, the right music is important.  Yet I also know if I am honest with myself that some of the religious music my children adore (YBC – Yeshiva Boys Choir – comes to mind) wears on me just as heavily as a Bieber album after a few listens.  The tunes are catchy and I like the message, but why does it always feel like the YBC children are yelling at me?  Songs like "Those Were The Nights (of Chanukah)" are cute, but they don't exactly lift up my soul.  I feel virtuous letting my children listen to YBC's CDs and videos, but as soon as the children go to sleep, I change the music.  On the rare instances that I find a religious music group whose melodies do actually seem to make my soul soar (Simply Tsfat comes to mind), my children mutter angrily from the car's back seat that "this is BORING." 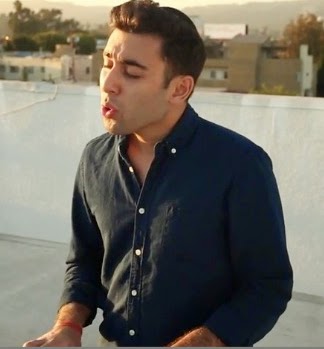 Enter the Maccabeats.  Originally formed in 2007 as a Yeshiva University ("YU") student vocal group, the Maccabeats went mainstream four years ago following their YouTube release of "Candlelight," a parody of Taio Cruz's "Dynamite."  As their website (and their songs) makes clear, the group is dedicated to the philosophy of Torah u-Madda (תּוֹרָה וּמַדָּע), the integration of traditional and secular wisdom.  Thus, many of their best songs rework popular American songs to religious and humorous ends.  The implementation of Torah u-Madda in musical form not only is completely in keeping with YU's mission, but also makes the Maccabeats a compelling example of American Religion at work.  Rather than rejecting American popular culture, the Maccabeats embrace it and rework it for religious ends.  I'd like look at the group's blending of Jewish and American traditions in three arenas: (1) genre, (2) language and themes, and (3) parodic humor.  It is this blending of secular and sacred, I suggest, that allows the group to entertain and uplift both the children and adults in our household.

First, the Maccabeats choice of genre makes them a compelling example of the blending of American and Jewish traditions. For people who associate men's vocal choirs with church or Barbershop quartets, the Maccabeats' choice to sing in a cappella may seem mysterious.  Yet while the term "a cappella" may come from the Italian for "in the manner of the church" or "in the manner of the chapel" (wikipedia), the genre has long been a mainstay of the Jewish tradition, particularly among Orthodox Jews.  This is for several reasons.  One, the Talmud (Berachot 24a) prohibits Kol Isha; that is, men are forbidden to listen to the voices of adult women singing.  Consequently male singers dominate the orthodox musical scene.  Two, although musical instruments were permitted in the Temple, they are not used in traditional Synagogue services, particularly on the Sabbath and festivals when the playing of instruments is prohibited by orthodox law (halacha).  A cappella – which uses the voice to create the sounds usually formed by musical instruments – gets around this prohibition, and thus can be performed on the Sabbath and festivals.  Third, during certain times of the year (such as the "Three Weeks," Sefirat Ha’Omer, and when one is in mourning) listening to musical instruments is forbidden, a prohibition which is sometimes extended to music more generally. Although orthodox rabbis have debated whether listening to a cappella during these times is appropriate, according to some authorities a cappella music circumvents the restrictions, particularly when it is live rather than recorded; hence, a cappella is religiously acceptable when other forms of music aren't.  For all of these reasons, men's a cappella groups have played an important role in the orthodox Jewish music scene.  The Maccabeats' use of a cappella to blend Jewish religion with American culture represents the reinvention of a "traditional" Jewish genre.


Second, the Maccabeats rework American popular culture to make it both religious and Jewish through their invocation of Jewish language and themes. Sometimes the Maccabeats do this by taking liturgical poems and singing them to tunes from popular culture, a strategy with a long-standing history in Jewish worship.  Another key way that Maccabeats' songs reclaim popular music and "make it Jewish" is through changing the lyrics to include Hebrew and to reflect Jewish beliefs and traditions.  Their recent song "All About That Neis," (a parody of Meghan Trainor's "All About That Bass") for example, not only focuses on the Hebrew word "Neis" (נס), but also explains that the holiday of Chanukah is not an imitation of Christmas or about "dreidel dreidel that all the Jews play," but about the miracle that was performed.  Thus, the song pushes listeners to think beyond "Jewishness" as comprised of what critic Shirley Geok-lin Lim has called "ethnocentric figments" – "a wearisome rummaging for figures of speech, images, and phrase-making which point towards" ethnic identities (Lim 52-53).  Maccabeats' songs like "All About That Neis" ask listeners to see Jewishness as centered upon a relationship with the divine and God's actions in human history.  The need to move beyond Judaism as "ethnocentric figments" is a point brought home more explicitly by break-away group Stand Four's song "Eight Nights" in which they joke, "you can't go wrong making random Jewish references in a Chanukah song."


At their best, Maccabeats' songs rework the original lyrics by asking us to reassess what a Jewish life is.  A prime example of this is "Book of Good Life," their rendition of One Republic's "Good Life."  Whereas the One Republic song seems to base its vision of having a good life on appreciating one's (commercial?) successes, the Maccabeats' song plays upon the liturgical phrase "inscribe me in the book of life" to emphasize spiritual growth. They sing,

That is, the song encourages people to think critically and less selfishly about what it means to be a success – a motif reinforced by the visual story of the video.  As one respondent noted to a post about the video, "I love the fact how the Maccabeats teased out the real message, a far better message, for us to listen to be become inspired to improve ourselves." ("Life After Stern [the women's branch of YU]: Thoughts of an Orthodox Jewish Single Female").


Third, the Maccabeats use parodic humor to integrate traditional Jewish wisdom and secular American culture. Parody plays an important role not only in contemporary Jewish interactions with broader American popular culture, but also has deep roots in Yiddish and rabbinical tradition. Throughout the twentieth century, American Jews have used parody to engage with American traditions from which they might have been excluded based on their religious beliefs. As Joshua Eli Plaut explains, American Jews have played a crucial role in remaking Christmas, both by "neutralizing" and defusing into a secular and cultural (rather than religious) institution, and by relentlessly satirizing and parodying Christmas (Plaut 87-88).  Yet, parody also has roots in Jewish culture beyond the boundaries of the U.S. nation state.  As David Roskies notes about his childhood in Montreal, "To grow up Yiddish, was to grow up with parody."  The parodic sounds of his youth, however, were not of Canadian invention, but rather came from the corpus of "close to a hundred satiric and parodic [Yiddish] songs that my mother remembered from her nights spent at the various cabaret theaters in Vilna between the years 1921 and 1930."  For Roskies, "Yiddish parody was ubiquitous and inescapable.  It marked the fault lines of Jewish modernity–the tortuous path of Jewish emancipation and counteremancipation" (Roskies 109-110).  Jewish parody has an even longer history and is deeply wedded to the holiday of Purim, itself a story about the perils of Jewish immersion in foreign lands and cultures (Roskies 112).

Yet despite its long roots in Jewish traditions, the form of parody invoked by the Maccabeats is very much part of digital-age Americana.  Song parodies form a major subgenre on YouTube (a quick search yields 17,900,000 results for "song parody") and range from thinly-disguised attempts to regulate popular taste, to engagements in resentment humor (see Nelson), to fan mashups.  Such parodies embrace the power of digital technology to allow mass response.  For my young son, for example, almost every song on the radio is an imitation of "Minecraft Song": Minecraft fans have created so many YouTube mashups of Minecraft footage, popular melodies, and Minecraft inspired lyrics, that for some young fans, the imitation actually supplants the original.  In my son's mind, Katy Perry's "California Gurls" parodies Minecraft's "Supernatural Mobs," not the other way around.  Perry's candified vision of the world is a dim, "inappropriate" reflection of the palpable lived reality of the Minecraft world my son inhabits on a regular basis. In the world of YouTube, the line between parody and original is blurred.  The Maccabeats similarly reverse and undermine the hierachies between the original, "real" American culture and the more spiritual version of American life their songs evoke.

As a scholar of American religion, I enjoy listening to the Maccabeats as they remind me of the ways in which American Jews interact with American popular media and embrace new technologies to make their spiritual lives more fulfilling.  The group's popularity is a testament not only to the singers' talents, but also to that of YU students like Uri Westrich, whose innovative and playful Maccabeats' videos have made the group more compelling than most of their competition.  To learn more about the Maccabeats, check out their website: http://www.maccabeats.com/.

Unknown said…
I thoroughly enjoyed your article and the attached music! thank you so much for sharing, blessings!
February 16, 2015 at 11:52 AM

flacius1551 said…
Hmmm. It seems to me like this can be one strand. My mind keeps niggling around the Hasidic embrace of Matisyahu, though (during his Hasidic phase, I don't know how things are now), which seems to me to exemplify really different tendencies?
February 21, 2015 at 7:30 PM