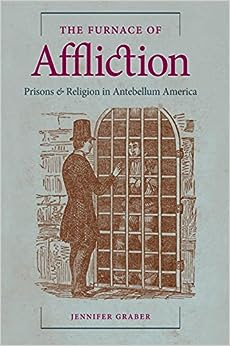 I'm stealing Randall's format for today's post, which is an interview with the inimitable Jennifer Graber, associate professor of religious studies at the University of Texas at Austin, author of The Furnace of Affliction: Prisons and Religion in Antebellum America, and, as you will see, citizen activist. Her current book project focuses on the religious transformations in Indian and settler communities in a part of Indian Territory over the course of the nineteenth century. Jen and I began grad school together 14 years ago, and we've been good friends ever since. I asked her to respond to some questions about her recent experience testifying at the Texas state school board hearings, in which members were considering adopting a new social studies curriculum. You might have heard Jen speak about her testimony on NPR. Here, she offers a few more insights about her experience.

Seth Dowland: How did you become involved in the social studies textbook adoption process in Texas?
Jennifer Graber: The Texas Freedom Network, a watchdog group working on issues of religious freedom, asked historians and scholar of religious studies to evaluate a series of American government, U.S. history, and world history textbooks under consideration by the Texas board of education. The report pointed to imbalance and bias in the textbook's representations of non-Christian religions, as well as misleading statements about religion in the founding era in government and U.S. history books. I read the report and then added my name to a letter co-signed by academics across Texas concerned that these problematic textbooks would be adopted by the Texas board of education.

At that point, my proximity to the state capitol became important. It's a 10-minute walk from my office to the pink granite dome in the heart of Austin. When the time came for a hearing in which the board heard public comments on the proposed textbooks, I was one of the scholars close enough to attend. So on a Tuesday afternoon, I finished teaching, walked downtown, waited in line, and got 2 minutes to say my peace (and present the co-signed letter) to the board. 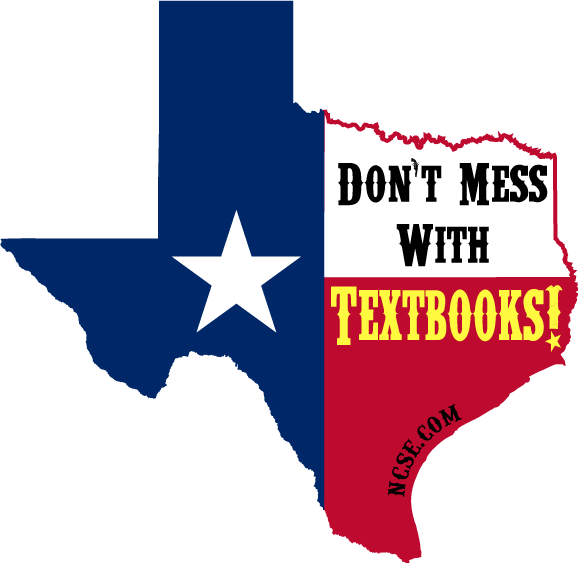 Dowland: Could you explain the Texas Essential Knowledge and Skills and its relationship to public education in the state?

Graber: The Texas board of education adopts TEKS for every content area in K-12 public education. That means that the board determines everything about what Texas students must learn. Specifically, the board establishes how religions are represented in world history classes and how the founding is taught in U.S. history courses. In many respects, the textbook controversy followed the heated debate about establishing the TEKS. Because Texas is an enormous textbook market, publishers create books with the TEKS in mind. Their goal is to sell these books in Texas and other states with boards of education with similar philosophies.

Dowland: What was it like to testify? Were your questioners friendly, hostile, disinterested?

Graber: For me, the highlight of the hearing was not my own testimony, which lasted only two minutes, prompted no questions from board members, and seemed to pain one member so much that he excused himself and headed to the washroom rather than continue listening to me. Instead, I was fascinated by testimony from a representative of central Texas Sikh community. In her two minutes, she thanked the board of education for its role in fixing errors in the TEKS related to the history of Sikhism. She extolled them for reviewing textbooks with positive representations of Sikhism. She then distributed a handout with the changes she and her community appreciated.

The real point of interest, however, was the handout's other side, which featured a picture of a Sikh wedding. Board members stared at the picture of a beaming family in traditional Indian clothing. One female board member wondered aloud who was the lovely bride in the photo. The speaker said the photo was from her very own wedding. Another board member, a man, said the picture was just beautiful and joked that everyone asking the board of education for something should pass out pretty wedding pictures. Then he looked at the speaker seriously and asked, "Now really, why did you include this photo?" The Sikh representative looked straight at him and said, "We want you know that Sikhs have happy Texas families just like yours."

A couple of things stand out to me about this interchange. There is a certain kind of honey-coated, aw-shucks communication style between board members and their petitioners. The Sikh representative caught the board's attention with her gracious manner, her pretty picture, and her paeans to family life. I had my communication style all wrong. I not only lacked a nice picture, I offered criticism from my position in what is perceived as the hostile academy. I'm also struck that the entire interchange between the Sikh petitioner and the board was actually about Islam. Scholars reviewing the TEKS and the textbooks have noted that presentation of Islam are particularly biased. The entire history and tradition is associated with radicalism and violence. It seems to me - and I could be wrong - that part of what the Sikh community needed to do was to disassociate themselves from that representation. They needed to convince the board that they are not Muslims. That interchange told me a lot about what it means to be a religious minority in the U.S.

Dowland: Why did you think it important to engage in this process? How does this type of work connect to the work you do as a teacher and as a researcher?
Graber: I engaged in this process in three ways: as a mother, a teacher, and a scholar. I have two children attending public school in Austin. I have conversations with them about school life in Texas, which involves saying a pledge to Texas, among other things. I'm also involved because I teach UT undergrads who have learned these TEKS and read these books. When I face 100 students for my History of Religion in the U.S. survey, I know the intellectual baggage they bring with them. I know that if the TEKS and textbooks were better, they would come to my class at a different starting point. We could do more interesting work together if the K-12 content about religion was better. Finally, I know the early American republic. My dissertation was on religion in the founding era. The TEKS and textbooks that associate Moses and ideas of covenant with the founding documents, for lack of a better phrase, drives me bananas. Religion in the founding era is a fascinating topic. It was such a strange time for citizens working out the relationship between religion and public life. My students are smart enough to learn about, question, and interpret that complexity.
Email Post
Labels: islam Islam in America religion in schools seth's posts sikhism textbooks