"Mad Tom" and Religious Struggle in the New Nation

With my book Patriotism and Piety: Federalist Politics and Religious Struggle in the New American Nation preparing to ship, I thought I would merge some shameless self-promotion with reflections on a great visual item from the early republic that communicates quite a lot.

In approximately 1802, a Federalist drafter drew a cartoon entitled "Mad Tom in a Rage." 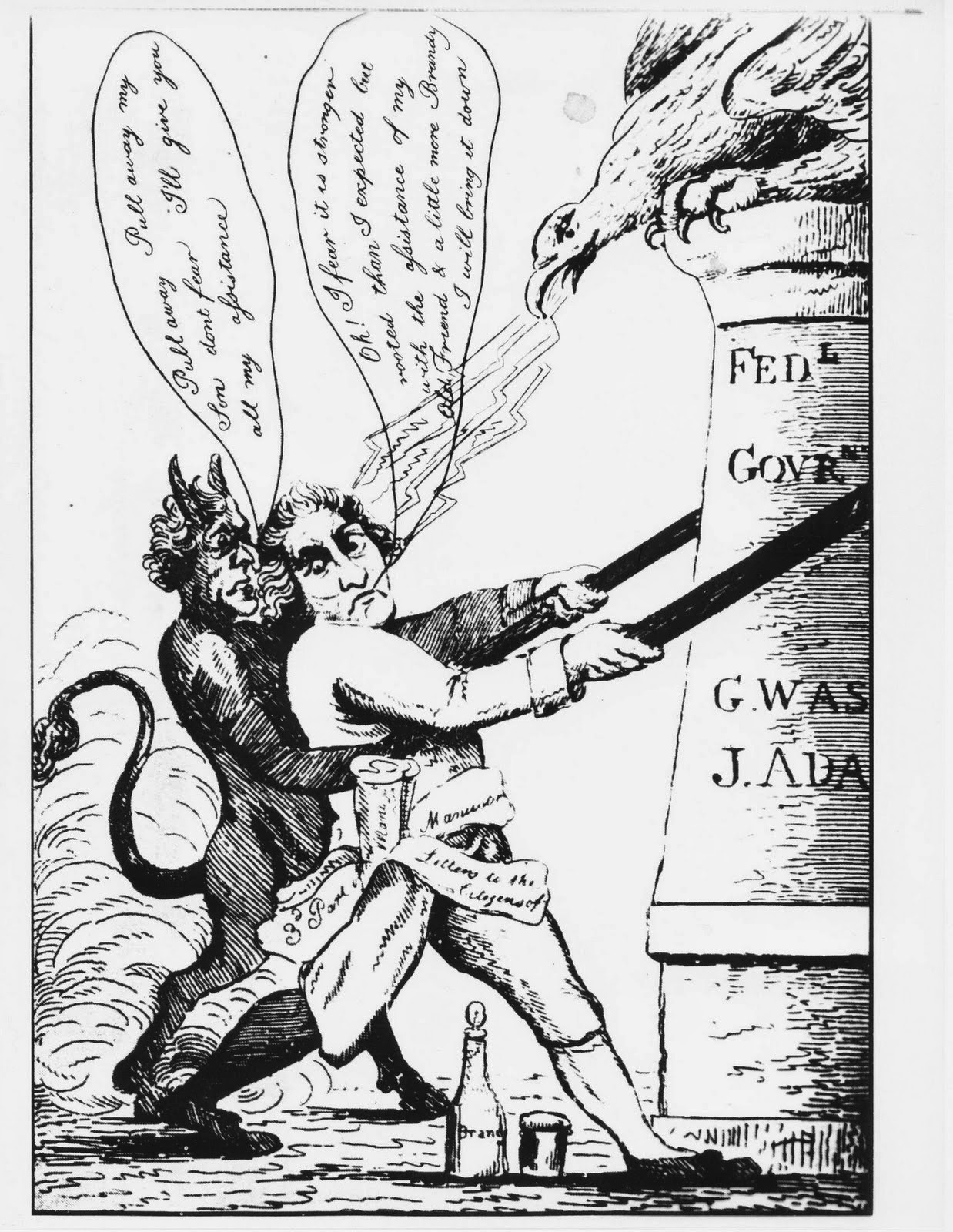 "Mad Tom" is Tom Paine, and he's pulling away at the pillar of the Federal Government, which has been well-founded by George Washington and John Adams. Paine is identified first by the writings in his pocket--The "Letters to the Citizens" stands for his "Letters to the citizens of the United States, and particularly to the leaders of the Federal Faction" and the "3rd Part" is possibly a reference to The Age of Reason. Then Paine, a notorious drunkard, is associated with the Brandy bottle at his feet.

In case those word bubbles aren't clear, the Devil is telling Paine, "Pull away pull away my son don’t fear! I’ll give you all my assistance."

Paine, meanwhile, is finding, "I fear it is stronger rooted than I expected but with the assistance of my old friend and a little more brandy I will bring it down."

On one level, this is an attack on Paine. Despite his early Revolutionary credentials Paine became an outcast in America for his increasingly radical politics informed by his participation in the French Revolution and his diatribes against the Bible and Christianity in The Age of Reason.

Paine's increasing alienation from the American republic has been chronicled in several places, including Eric Schlereth's Age of Infidels, Amanda Porterfield's Conceived in Doubt, Seth Cotlar's Tom Paine's America, the collection Paine and Jefferson in the Age of Revolutions (edited by Simon Newman and Peter Onuf), and even the amusing travelogue by Paul Collins The Trouble with Tom.

To my mind, though, this image is indicative of larger patterns of thought that played a significant role in Federalist politics. To many--not all--Federalists, their political defense of the republic was nothing less than a religious war. Attacks came, literally, from the pits of Hell. Paine might be destabilizing the republic, but he was doing the Devil's bidding.

On the other hand, Paine posed a particular danger by undermining public confidence in Christianity. By destroying people's faith he would eliminate the source of public morality and virtue necessary for the republic to survive. On his own, he could create conditions which would cause the republic to collapse from the inside.

In the face of such demonic attacks, many Christian Federalists rallied in a combined attack on unbelief that was both political and cultural. It would also inspire their embarking on numerous voluntarist enterprises. The energy to fight back against these trends is demonstrated by the republican eagle, counter-attacking with lightning bolts of his own.

"Mad Tom" thus shows the stakes Federalists thought were at risk. Nothing less than full effort was required by conscientious, patriotic religious Federalists.

It's for these reasons that I thought  "Mad Tom in a Rage" nicely captured important themes for the book: 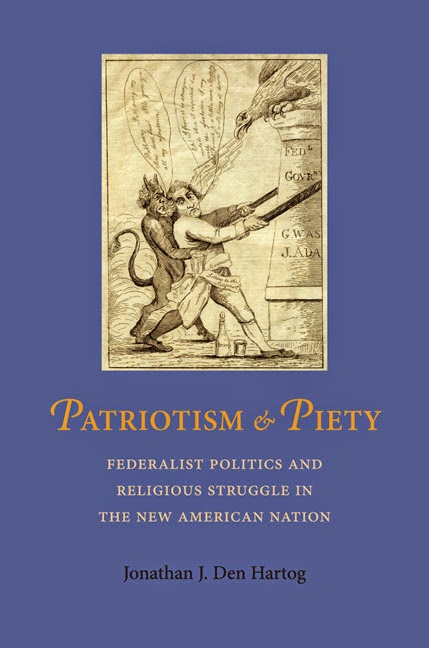