For many Latinos/as, curanderismo is part of a healing regimen that we identify with older women in our lives taking care of us. At least that is how I learned about curanderismo, and that my great-grandma Maria rolled her own cigarettes and drank a shot of tequila every day for her health--what a great-grandma she was!  Today's interview with Brett Hendrickson discusses his fantastic new book Border Medicine.  For my colleagues looking for material to teach Latino/a religion, borderlands religion--and to turn the tide away from looking South and East for sources of American Religion--I highly recommend Brett's book. 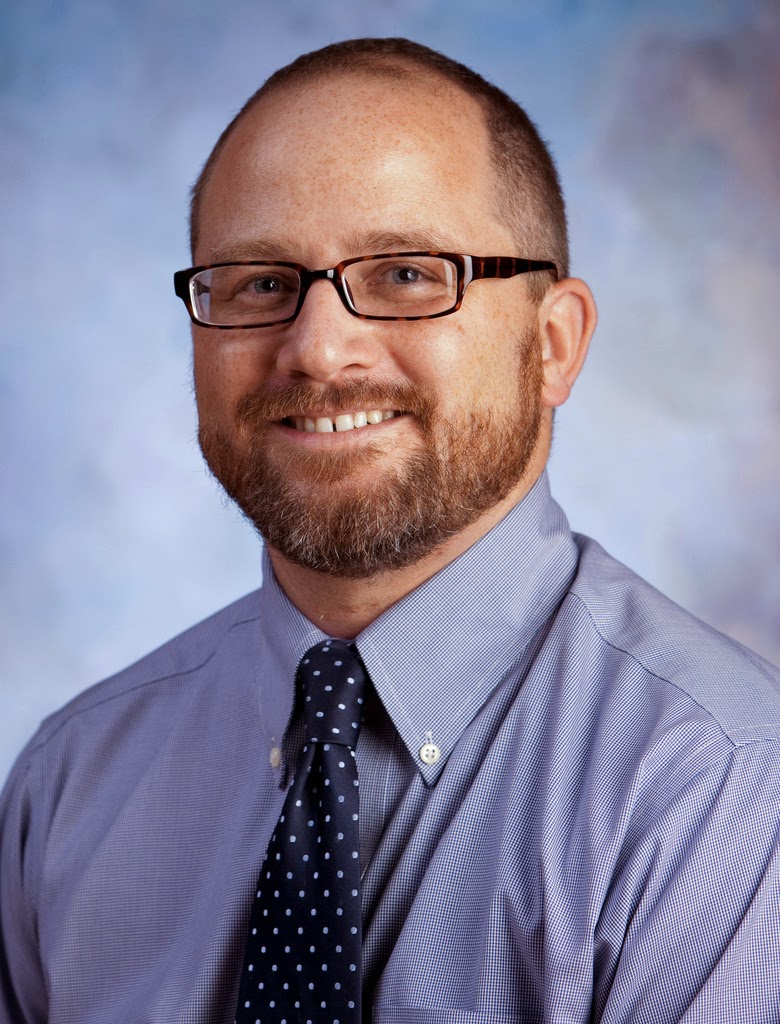 Brett is an assistant professor of religious studies at Lafayette College in Easton, Pennsylvania, where he studies and teaches on religion in the Americas, Mexican American religion, metaphysical religion, and cross-cultural religious change. He is especially interested in curanderismo, Latino popular religious devotions, and religion and healing.
He has lived in a variety of places including Arkansas (where he grew up), New York City, Colorado, New Mexico, Arizona, Kentucky, Illinois, and Buenos Aires, Argentina. In some of these places, he served congregations in his other role as an ordained Presbyterian minister. Brett and his wife, the Rev. Alex Hendrickson have three lovely children and live in Easton, Pennsylvania.

1) Your book makes a case, if I can simplify that curanderismo is not just for Mexicanos? Tell me about that idea

Yeah, one of the arguments of the book is that curanderismo, to greater and lesser extents, has been an important folk and religious healing tradition in the United States for Anglos as well as for Mexican Americans. The subtitle is "A Transcultural History of Mexican American Curanderismo," and by this, I really want to emphasize that, although this healing tradition developed in a very unique set of cultural and ethnic circumstances, the realities of colonialism and U.S. expansion have meant that contact and exchange has taken place for a long time between whites and Mexican Americans. The various chapters document this historically from the turn of the last century up through today. I talk about white ranching families that went to the local curandero for healing in the early part of the twentieth century, and I also talk about white New Agers who are looking for new "spiritual" healing experiences with curanderas in Albuquerque. Of course, the book also covers how Mexican and Mexican American healers have reformulated curanderismo over time to respond to these incursions as well as to other changing realities in the U.S. - Mexico border region and beyond.

With that said, the book is definitely not prescriptive. I have no interest in promoting these kinds of cultural exchanges. However, it is important to understand the power dynamics, exploitations, problems, and occasional redemption stories that occur in instances of colonialism.


2) Appropriation is always something scholars worry about, especially the whole insider/outsider dialog, how did you deal with that?

There are at least two kinds of insider/outsider issues at play in Border Medicine. The first belongs to the historical and contemporary actors who practice curanderismo. The second has to do with my own position as a white scholar studying this topic.

The first question can be a flashpoint--what does it mean for white people to dabble with (or even commit themselves to) Mexican American cultural and religious practices like curanderismo? Since the Chicano rights movement, curanderismo has been lifted up by some Mexican American civil rights activists as a kind of ancient, unadulterated people's wisdom that belongs uniquely to Mexican Americans. In this kind of context, white appropriation of the tradition can feel a lot like those whites who have tried to "play Indian." I make a case in the book, however, that there is a great deal of religious and cultural overlap, even convergence, between the metaphysical healing traditions of both whites and Mexican Americans. While there is some indigenous Mexican foundation to curanderismo, a great deal comes from Iberian folk Catholicism, spiritualism, and humoral medicine. These bases are often shared with Anglo metaphysical and alternative healing traditions.

To deal with the second insider/outsider question (that I'm a white guy), I do my best to situate myself in the narrative. I discuss openly in the book my own position and assumptions, and do my best to be attentive to those things. All in all, I don't think it helps anyone in the academy or elsewhere if people are only allowed or expected to study the group with which they most identify.

3)  When I was little, my great-grandma would talk to me about healing, and how it was all God's doing, so what she was going to do to help me with my health problems was blow smoke on me and say some prayers---later, my great-aunts did the same, massaging my back with what they said was holy water--how many of your stories were like that? How commonplace is curanderismo among the larger Latino/a population who do not have that background?

During  my research, I heard dozens of these kinds of stories, which I find extremely endearing. They almost always include, like your story, a good memory of being cared for by older female relatives. People who go on to become healers themselves generally put the genesis of their interest in healing with these kinds of childhood experiences.

It's hard to say exactly how many Latinos/as practice curanderismo in any of its forms. Among Mexican Americans, I would say that many people today sort of differentiate between home remedies they might have inherited from grandma and more elaborate practices like going to a botánica to purchase herbs or seeking out a curandera to receive a limpia. Of course, the home remedies I'm guessing are pretty common while the latter activities have, in many ways, become part of the complementary and alternative healing modalities that are available in the metaphysical healing marketplace today. Latinas/os interested in alternative medicine or in consciously celebrating this part of their cultural heritage are more likely to seek our curanderismo.

For Caribbean-origin Latinas/os, healing can sometimes have more to do with different kinds of Afro-Caribbean practices like santería or mesa blanca. But the grandmother is always there in those stories as well, taking care of her family.

4) I've noticed some parallels here with Pentecostalism, and I will put this out there, the preferred religion for Latinos/as is healing--in whatever manner, through whatever channels they find that works. The templates-Catholicism, Pentecostalism, Spiritualism--are important, but they have to "work."  Thoughts?

I think you're right on here. I'm not sure I've got the academic chops to do it, but I've long thought it would be fruitful and provocative to develop a theory of religion that defines religion as healing, broadly and metaphorically conceived.

The study of healing in Pentecostalism is really getting going, and I'm excited about it. I'm not the first to note this, but if Pentecostalism--and to a much lesser extent, curanderismo--are thriving, it's because mainline Protestants and lots of forms of Catholicism have done such a poor job of meeting this obvious need around healing. I'd be curious to see if Latinos/as who seek out curanderismo for healing are likewise attracted to Pentecostalism. I haven't noticed such a connection, but who knows? In my research among New Age-y Latinos/as in New Mexico, involvement in curanderismo sometimes means a rejection of institutional Christianity, especially Catholicism, but probably also Pentecostalism.

The one place where curanderismo as a kind of folk Catholicism has an “edge” over Pentecostalism is saint veneration. But as you say when you talk about what “works,” the saints remain popular not because they are saints but because they get the job done.

5) Quoting one of my favorite t.v. shows, The Sopranos, "you're only as good as your last envelope." Academia is not that far away from that sentiment, so what are you working on next?

I've started researching and writing a book about the famous Santuario de Chimayó in northern New Mexico. It's a place that has a lot going for it: the largest pilgrimage site in the United States, a hole in the floor full of miraculous healing dirt, a tri-national past, a heritage of Pueblo healing earth in the vicinity. Plus, it's in my beloved Southwest and involves the Hispanic heritage of the United States, and there are lots of politics around who the Santuario and its devotions really belong to. Plus, research in New Mexico means eating lots of green chile!

I did not get to ask Brett the ultimate New Mexico question on Red or Green chile, but since I fell in love with New Mexico and Chimayo a couple of years ago myself, I'm thinking we should explore religion as healing someday over a plate of chile colorado?

Unknown said…
How can I explain this to the world that.
there is a man who can cure HIV/aids I.
was HIV over since 7year I have being.
into HIV drug I can’t anymore I decide.
to look for help then I found this.
woman post write about this great man.
DR.ezomo telling people about him that.
this man have cured to HIV I don’t.
believe that because all I have in mind.
is HIV had no cure, thank god for my.
life today am HIV negative through the.
power of DR.ezomo I contacted this.
man for help because who write about.
him drop an email of the man I pick the.
email and emailed him for the cure this.
man told me what to do about the cure.
well am from uk this man cast a curing.
spell on me and he told me that he will.
call me after the cure is done truly he.
did I was cured for 45mins spell what a.
wonderful man this DR.ezomo if you.
need his cured just email him now at.
drezomospellhome@gmail.com or
contact me at.
perezsandra491@gmail.com
January 29, 2015 at 4:09 PM