This past summer during our digital writing group, the topic of the academic mensch arose.  We all knew plenty of people in our field(s) who are brilliant, but so many fewer who are brilliant and kind and generous.  On the sad side, everyone could recount apocryphal stories of academic egos and insecurities and the unintentional trauma their owners induced.  (At the simply amusing end, one of my friends recalled privately how one famous academic had said at a social gathering, "Well, enough about me.  What did you think of my latest book?")  Yet when pressed, each of us could also recall much more fondly the few academic leaders who took an honest interest in people just starting their careers and helped nurture and support those people--even when they weren't their own students and they had "nothing to gain from it."  We cherished those people, even if they seemed all too few and far between.  From early on we had been taught to value brilliance; yet compassion was often overlooked. We noted sadly when people gave bios of "famous academics," whether they were actually a decent person rarely got mentioned. In response, we decided to create an "academic mensch" list to honor the people we saw as true role models: people who shaped their field and made others feel happy to be part of academic life.  At the top of my person "mensch list" was Sacvan Bercovitch, who passed away last week. 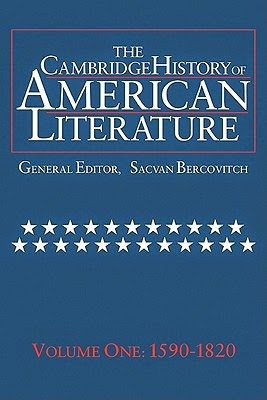 Although many people knew him better than I did, I met Saki seemingly by accident when I was a graduate student at UCLA in the mid 1990s.  One of my first academic presentations was a review of the Cambridge History of American Literature, for which Bercovitch was the general editor.  As a fledgling early Americanist, I spoke on the strengths and weaknesses of the first volume and how it was helped to reassess and reshape our field.  Fortunately I had no clue that Bercovitch was going to be in the audience, though he was so utterly gracious afterwards it turns out I wouldn't have had to have worried.  I have since lost the file containing what I said, but it is hard to imagine what I said was earth shattering.  Despite this Bercovitch was warm, asked for a copy of what I had said, and followed up with me later.  He simply cared.  Several years later, when I put together the academic advisory board for American Passages, I decided to aim high, and boldly asked Bercovitch to join us.  He was an obvious choice, both because he was a crucial voice in early American literature, and because the series--like the Cambridge History of American Literature--sought to rethink how we narrate American literature.  Although he had no good reason to remember me, he said he did, and was enthusiastic about the television series. I was continually grateful I had asked him. Throughout the years spent on the project, he was utterly gracious about his time and how he approached the production staff.  Although at least as busy (if not more) than anyone else involved in the project, he gave detailed feedback on each of the various scripts and rough cuts.  Moreover the feedback was consistently productive: it was meant to help us create a better series--rather than show us the error of our ways.  When the board met in person, one would have never known Saki was "important":  he did not throw around his weight or talk over people.  He listened and responded.  I found him to be equally generous in other venues.  When he came to give a talk at Reed College where I work and which he attended freshmen year before joining a kibbutz, he foregrounded the positive in his first year and was clearly excited to revisit his old haunt.  He was utterly charming and unassuming.  He was a mensch. 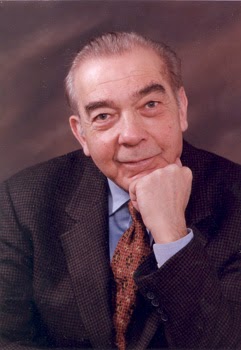 Although others have spoken at length about Saki's magnificent academic accomplishments and the extremely important way he shaped the field of American literature and American religious history, I wanted to make a special tribute to the ways that he influenced our field as a human being.  Although mensch is sometime translated as "man," it comes from the yiddish for "human being" and means a person of integrity and honor--a mensch is the kind of person we would all like to be on our best days.  While an unmensch is unfriendly, the mensch is friendly even to those to whom there is no clear benefit in being so.  The common mistranslation of mensch as "man" is unhelpful.  Since the term is not gender-specific, women as well as men can be mensches, a point well made by Taffy Brodesser-Akner, "Mensch: A Feminist Response Where There Might Not Need to Be One" in The Jewish Journal.  Women made my mensch list as well (the full list of which I happy to share). Moreover equation of kindness and integrity with "humanness" powerfully suggests something important about what it means to be truly human.

As a tribute to Sacvan Bercovitch as a scholar and human being, I would love it if people would honor his memory by listing other scholars or people who have made our field(s) something exceptional both by the work they produce and the way they encourage and interact with others.  Feel free to share personal stories of kindness.