Listening for Religion in all the Wrong Places

Many readers will be interested in the very informative interview Art Remillard conducted with Isaac Weiner, for Marginalia.com, about his excellent new book, Religion Out Loud: Religious Sound, Public Space, and American Pluralism. Weiner examines with great sophistication and analytical rigor a series of contests over "noise" in American public space, from church bells in 19th-century Philadelphia to Jehovah Witness "sound cars" in upstate New York at mid-century to Muslim adhan in recent Hamtramck. 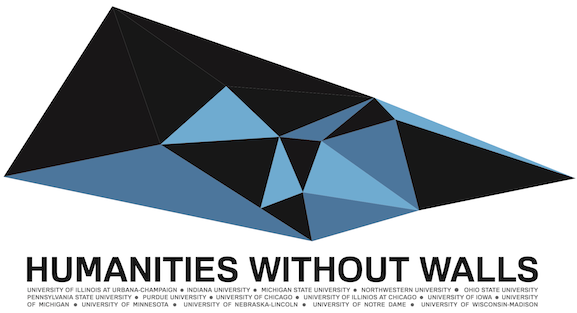 I've had the chance to get to know Isaac a bit in the past few months thanks to a Mellon Foundation Humanities Without Walls pilot grant to support publicly engaged scholarship on the "Global Midwest." My colleague at MSU, Amy DeRogatis, joined forces with Weiner, currently an assistant professor at Ohio State, to create a religious soundmap of the Global Midwest. The two teams met in May to brainstorm in East Lansing; we got back last week from a follow-up session in that faraway region where Buckeyes roam.

DeRogatis notes that most scholarship on American religious diversity has focused on the big coastal cities. "The Religious Soundmap Project will address this gap by calling attention to the increasingly "global" character of midwestern cities and their remarkably diverse populations."

The project offers a new approach to studying American religious diversity, by listening to the sounds of religious life," she writes. "Moving beyond an emphasis on beliefs or buildings, it asks what diverse religious sound like, how their sounds vary in different social and geographic contexts, and whether religion itself might have a distinct sound in different regional environments."

A pilot grant this summer allowed us to get started this summer on collecting musical samples from the greater Lansing and Columbus areas. We went out with a couple of undergraduates to various communities and public events in which religious practice was audible.  Eventually,  "these recordings will be integrated, along with interviews, visual images, and explanatory texts, onto a publicly accessible online mapping platform, which will provide a valuable research tool and pedagogical resource for specialists and non-specialists alike."

When I next teach my class, The Sound of World Religions, for example, I will make a carefully structured gathering and analysis of sound samples by student teams a central course assignment. If we are successful in securing the larger grant, we plan to develop an installation that would bring the Religious Soundmap to museums and other public spaces.