I am writing this month's blog post on a flight from Siem Reap, Cambodia, to Bangkok. I just finished 2 days of sightseeing at the temples of Angkor Wat, the world's largest religious monument. Since this blog isn't titled "What I did on my summer vacation" or "Religion in Cambodian History" (for which I'd be terribly underqualified to write), I'll do my best to connect with our normal fare here at RiAH! 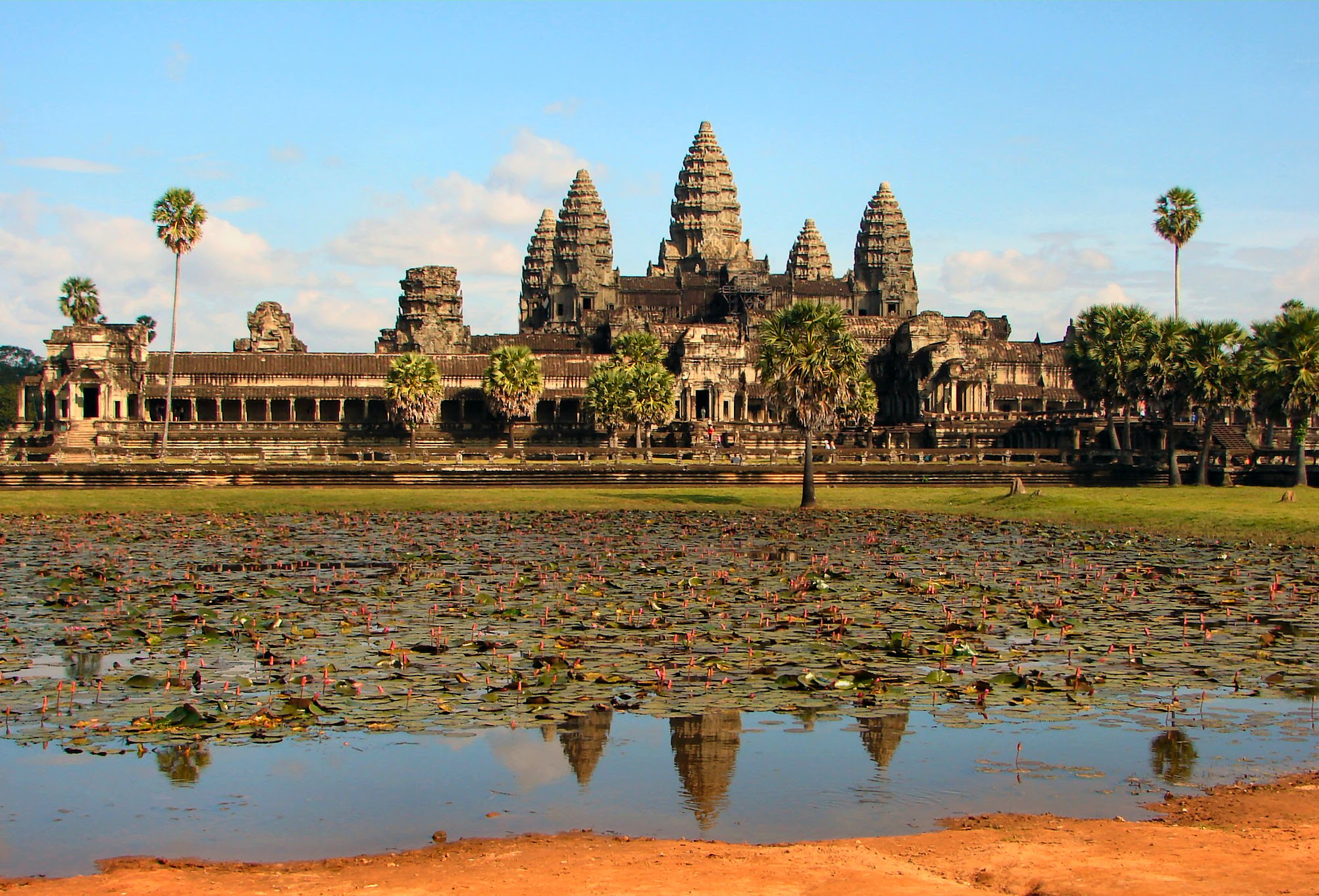 In preparation for the trip, I read a piece of historical fiction, Temple of a Thousand Faces. The novel culminates with a massive naval battle on the Great Lake, near Angkor Wat, which resulted in the defeat of Cham (Vietnamese) invaders and the resumption of the throne by the Khmer king, Jayavarman VII. The book was enjoyable enough, and it offered lengthy descriptions of many of the temples I visited. It was helpful to imagine places like Banteay Srei and Bayon Temple in my mind before seeing them in person. But even as a non-expert, I spotted a number of anachronisms in the book: a cross-cultural love story results in the defection of a top Cham official when he falls in love with a Khmer woman! A blind peasant boy concocts the battle strategy for the Khmer naval attack! The book made sure to valorize the unequivocally good Khmer while demonizing the Cham -- but of course, only the Cham leaders were bad; most of the Cham people "just wanted peace." I'm pretty sure most of these characters bore more resemblance to 21st c. Americans than to 12th c. Khmer people. And I'm also pretty sure that I learned relatively little about 12th c. Cambodian culture from the novel.

And yet: I know a lot more than I did two months ago.

These thoughts brought to mind the use of historical fiction in my own classes. What are the perils and the potential of teaching historical fiction to our non-expert students? Historical fiction brings alive stories and characters for some of my students. In my class on Islam in America, I have taught The Submission, which imagines a media firestorm after a Muslim architect wins a blind competition for the 9/11 memorial. Even after teaching the wildly engaging Autobiography of Malcolm X, I find some students want to talk more about the characters in The Submission -- who aren't real. A similar thing happened to me in Cambodia: I read the marvelously illustrated Ancient Angkor--a quasi-academic text about the "real" history of the temples--but I kept finding my imagination drawn back to the fictional heroes and villains of Temple of a Thousand Faces.