The following is a guest post from Heather Curtis, associate professor of history at Tufts University.  Heather is the author of Faith in the Great Physician: Suffering and Divine Healing in American Culture, 1860-1900 (Johns Hopkins University Press, 2007), which won the Frank S. and Elizabeth D. Brewer prize from the American Society of Church History for the best first book in the History of Christianity. Her current project is titled Holy Humanitarians: American Evangelicals and Global Aid (under contract with Harvard University Press). 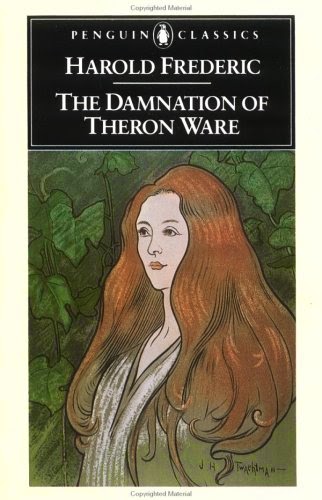 This coming fall I'll be teaching an upper-level undergraduate research seminar: Evangelicalism in America.  The course will meet weekly for two and half hours throughout the semester (13 sessions total), and is open to experienced students who have taken at least one previous class in the history of religion in America or the history of Christianity (most of them have taken these prerequisites with me since our department is so small).  All students should therefore have some familiarity with the history of evangelicalism, with analyzing primary source materials, and with the discipline of religious studies and/or history.  Here is the description:


This course explores the history of evangelical Christianity in and beyond North America from the seventeenth-century to the present. We will consider how and why evangelical traditions emerged in continental Europe and Great Britain, spread to the American colonies, flourished in the fledgling United States during the early national period, fractured and diversified around the turn of the twentieth century, and have continued to transform and expand into new global contexts over the last one hundred years. Throughout, we will pay attention to the ways in which evangelicalism has influenced American culture, politics, gender norms, constructions of racial identities, and class dynamics. We will also ask how cultural, political, and social forces have shaped evangelical theology and practice. Students will develop a command of the scholarly debates that animate the study of evangelicalism, and undertake independent, semester-long research projects grounded in primary source materials.

Some questions I've been mulling over: What books and articles should I assign? I have many ideas - so many great works have come out over the past several years that I'd love to read more closely--it's hard to make choices!  I'm also considering integrating scholarly works on the evangelical tradition with substantive primary sources--especially novels like Uncle Tom's Cabin, or the Damnation of Theron Ware.

Unknown said…
I teach course on American evangelicals every couple years at BU -- because it's not an advanced class, and has no pre-reqs, I like to assign several biography to help get students into the history.

I added a couple chapters from Kate Bowler's new book on the prosperity gospel and Jeremy Bivin's Religion of Fear for this coming semester, which I look forward to teaching. I really wanted to assign Amy DeRogatis' new book on sexuality and evangelicalism, but I'm saving it for another class!

I'm interested to see what you come up with and to see some of the other suggestions, as I'm always looking to change things up!
June 12, 2014 at 8:19 AM

Elesha said…
Gosh, there are so many things you could assign. I wonder if it would make the most sense to start with the end point--a significant research project grounded in primary sources--and work backward. What sources will your students have access to, or what sources would you like them to use? What secondary lit would they need to be familiar with to write on those sources? What scholarly work do you want to offer as a model for their project?
June 12, 2014 at 9:55 AM

Edward J. Blum said…
I used Sutton's book/primary document reader on Jerry Falwell and the religious right in my U.S. history survey and it was PERFECT for post WWII America. Basically, the documents touched on every major issue in the survey course, but from "evangelical" perspectives. It's Bedford-St. Martin to affordable too. TAs said the discussions were the best all semester.
June 13, 2014 at 5:40 AM

I do not know what "evangelicalism" means these days.

Brett Hendrickson said…
I haven't had a chance to teach it, but I really enjoyed Daniel Williams's "God's Own Party". It might be too specific in time period and topic (evangelicals' connection to the religious right), but it's good. Lots of fascinating stuff about race and the Cold War.
June 17, 2014 at 7:37 AM

Unknown said…
Thanks so much for the suggestions so far. I agree, Elesha, there are so many options! That's part of my motivation for asking what others have found especially useful or interesting. And, Tom, you're absolutely right to point out that the meaning of evangelicalism is and always has been unstable and contested. That is probably the most important point I would like my students to take away from the semester. For that reason, I hesitate to put forward a definition at the outset. I'd welcome other ideas . . .
June 17, 2014 at 8:15 PM