Today’s interview is with Dr. Julie J. Park, an assistant professor of education at the University of Maryland, College Park. Her important new book is When Diversity Drops: Race, Religion, and Affirmative Action in Higher Education (Rutgers University Press, 2013).

Julie J. Park (JJP): The main argument is that drops in racial diversity in the university have a severely negative effect on students' ability to sustain multiracial communities on campus. I examined how this dynamic played out in the InterVarsity Christian Fellowship at “California University,” a multiracial campus fellowship that struggled over the years to sustain its diversity given the drop in Black enrollment at CU.  While religion can mediate notable shifts in organizational culture related to racial diversity, its ability to do so is limited by broader structural conditions and inequality in both the university setting and society at large. 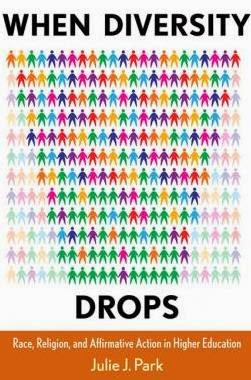 PLS: Turning to methodology, what got you interested in this topic, and how does your approach to studying InterVarsity Christian Fellowship (IVCF) compare to studies of other evangelical Christian ministries (e.g., John G. Turner’s book on Campus Crusade for Christ)?

JJP: I witnessed a “Race Matters” forum, a facilitated dialogue on race, when visiting Stanford's IVCF chapter years ago.  This propelled me to start doing ethnographic observations of the IVCF at "CU" some time later as a graduate student, which turned into this project. A few other studies of campus fellowships (books by Paul Bramadat and Peter Magolda) use ethnographic methods, and John Turner used historical methods. I drew on archival data to understand how IVCF had changed as an organization over the years, both nationally and locally, but primarily used ethnographic methods—close participant observation over the course of 15 months.  Because of that, I am probably much more "in" the text, as I was literally the instrument for data collection.  I share some of my reflections on doing ethnographic work in the appendix.  In this way, my voice probably comes across stronger than some other qualitative studies of campus fellowships (e.g., Rebecca Kim’s excellent work).

Other differences--I was trained in a college of education, and my field is higher ed.  So the fact that IVCF was part of the university setting was not a secondary, but primary, focus for me.  So that focus, along with my training and research on racial diversity in higher ed, definitely shaped the study.  A lot of the sociology of religion work on racial diversity in religious institutions is naturally interested in the impact on evangelicalism and religion/religious communities, but something I do in the book is show how the racial dynamics in the evangelical world are shaping non-evangelical institutions (the secular university).

PLS: In the case of the IVCF group(s) you have studied, what specifically fueled racial and ethnic harmony amongst members? What factors proved most divisive? To what extent did the interplay between spiritual and material factors foster unity and produce division? Why?

JJP: In terms of harmony, I explain how IVCF used various tools to help students view race-consciousness and faith as compatible instead of mutually exclusive. So basically they did a lot of framing, a lot of rhetorical work around what it meant to follow Jesus, what it meant to love your neighbor—these concepts became intimately connected to their vision around racial reconciliation.   They were able to use programs like their Race Matters discussions to help students grasp the power of race in everyday life, but I'd say their greatest asset was their commitment to each other, community, and the relationships that kept people in the group, even when they weren't sure what they thought about race.  In terms of divisiveness, I argue that the broader structural inequality of the university, particularly due to Prop 209 (California’s affirmative action ban) constrained the ability of IVCF to sustain their diversity; it also undermined students' ability to have "equal status" with each other, a critical requirement for healthy intergroup conduct.  Basically the inequality of the broader university was not left at the door when students entered IVCF; these inequalities were reproduced. So, altogether I argue that religion is a great asset as something that can provide impetus to bridging racial divides, but attempts to do so are still thwarted in an unequal society. 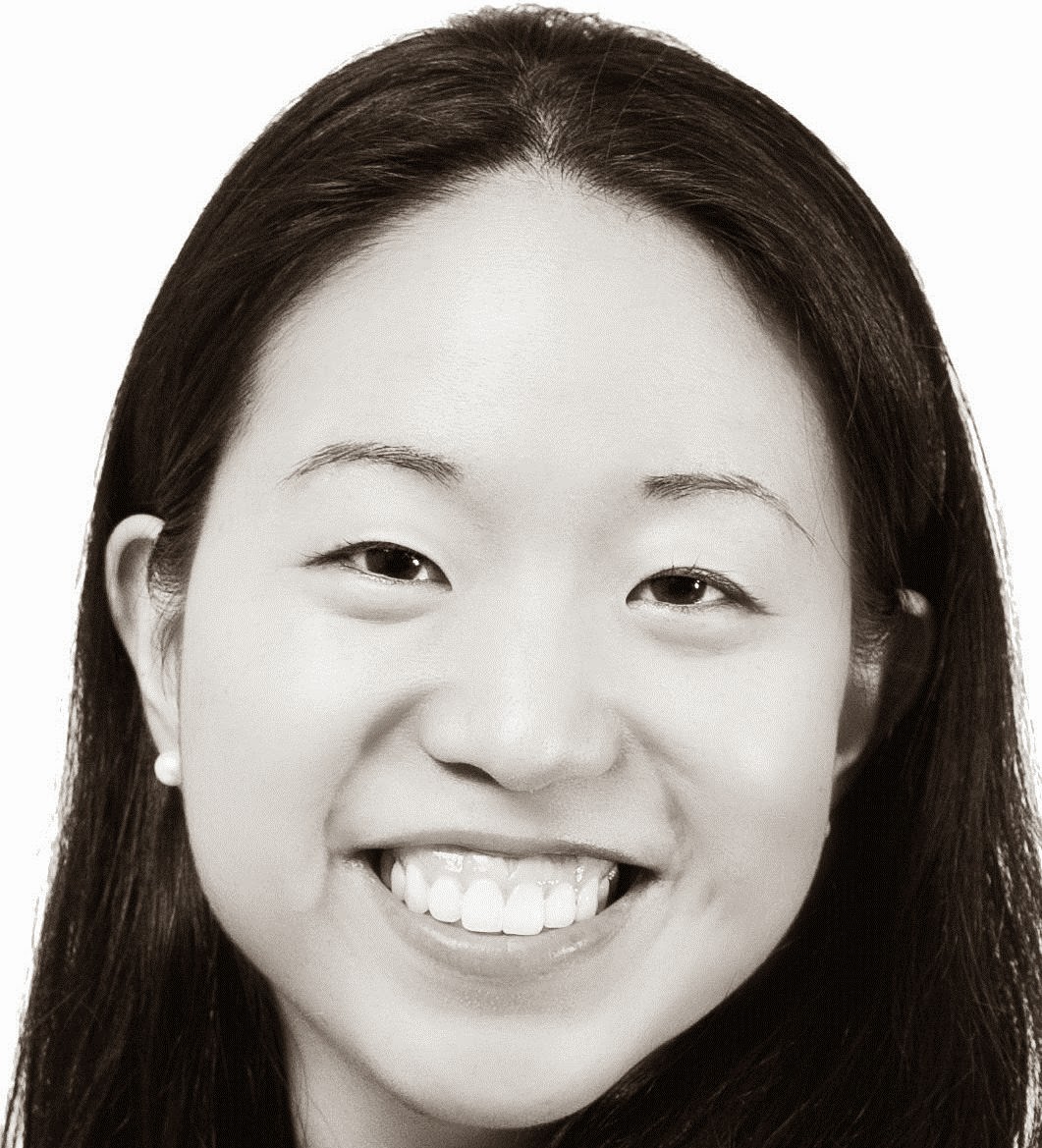 PLS: To the extent that IVCF serves as something of an index for understanding race relations within American evangelicalism—and in specific relation to the growing number of studies on multiracial churches—how do the dynamics of multiracialism within a Christian organization such as IVCF compare to those of a multiracial congregation?

JJP: I think they had some advantages in that college students have more time to “do life” together.  You are more likely to have the time to stay up till 3 AM talking about life, and that's highly conducive to forming social bonds.  Still, some students choose not to cross racial divides during college (primarily White students, who have the lowest rates of cross-racial interaction in the university setting), and thus miss out on the opportunity to engage deeply with race during the college years.  But college students often have a sense of openness and idealism that is unique.  IVCF was pretty savvy in milking this, and they built a culture that encouraged risk-taking and displacement.

PLS: What projects do you have in the works? What can readers expect from Julie J. Park in the coming months and years?

JJP: Related to religion, I have a few quantitative studies coming out that looking at how religion shapes cross-racial interaction in college. I am currently doing interviews with second generation Korean and Chinese American parents looking at how they're approaching child-rearing and education for third generation children, and one dimension I'm interested in is how religion shapes people's values around parenting, as well as the formation of social capital networks.  In the future, who knows?  I’d like to keep tackling this race/religion angle, maybe to do some comparative work on how religion shapes educational opportunities for communities of color.
Email Post
Labels: african american religion asian american religion author interviews evangelicalism new books phil's posts race and religion religion and education


Maybe there are a lot of Christians who don't like race as a factor in what is putatively a "universal" religion.

And pardon my Wiki, but

The existence of separate ethnic-specific chapters [some on the same campus] seems a bit of a head-scratcher as well, where racial ecumenicalism and racial self-segregation exist side by side in a single organization, IVCF.

Further, in some or many views of Christianity, inter-denominational/ecumenical Christianity is of limited theological utility. An arm's-distance alliance on theo-social issues and a mutual defense of religious freedom [say the Manhattan Declaration] is as much Barneyism as is necessary or called for.

I'd also guess that there is a high correlation between race-conscious ecumenicalism and liberal theology, IOW, that the IVCF is less a microcosm of Christianity as a whole than of the Democratic Party, which is quite a different kettle of fish.