Skip to main content
Labels
Posted by Paul Harvey May 21, 2014

We Say Goodbye (to Kelly J. Baker), and You Tweet Hello

Several years ago, when this blog was basically myself and a few friends sending out random self-promotional missives that, as Abraham Lincoln correctly (if snark-ily) said, would be little noted, nor long remembered, I received an email from a then-graduate student named Kelly Baker offering to write for the blog and help out in other capacities. She happened to be coming through town, with her then new-born daughter; we had coffee and talked while the infant slept.

I've done only a few very smart things in my life, and inviting Kelly to the blog was one of the smart things. Kelly immediately brought her intelligence, passion, intensity, and just life to our work here. She became a co-blogmeister and started peppering me with a multitude of ideas about how we could make this blog into something that was, umm, better than what it was originally (admittedly about as difficult as making my jump shot better than what it is now, but still . . . ). 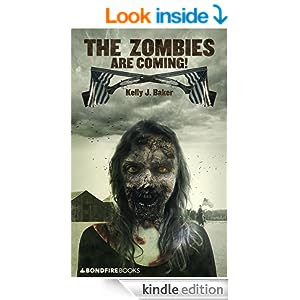 Aside from her posts, she brought the blog into the social media world, introducing me to something called "facebook" and later to its hipper young cousin "twitter," and she also (teaming up with her tech-wizard husband) brought a new interface and style sheet to the blog, a revolution not unlike when I moved from DOS 2.0 to Windows back in 1990-something. If you want to see what the blog used to look like, you can use one of those way-back machines and see; but I wouldn't recommend it unless you have a few drinks under your belt already and need something more entertaining to watch than the Spurs take the lightning right out of my Thunder.

Along the way, she became a friend, and I watched the little girl grow into a Big Girl, and that Big Girl acquire a younger brother; I read her first book manuscript, made a very few suggestions, and watched it grow into a really outstanding first book; I skyped into a few of her classes to talk about a certain book authored by Edward J. Blum, and saw the affection and respect that her students had towards her; and I also watched as what I thought for sure was going to be a wonderful academic career did not quite pan out as hoped and expected.

Last year, Kelly decided to take a hiatus, both from the academic job search and from this blog; and she recently has decided to step down from both. That does not mean you won't hear from her; on the contrary, she has been writing all year for the Chronicle on her experience of leaving academia, and she continues to work, in other venues, in the field of American religious studies, but with a different audience in mind (check out her e-book on zombies)

So we at RiAH bid Kelly goodbye, but also hello -- to a new career of writing outside the academic boundaries(and writing about whatever the hell she wants to write about), helping the Big Girl make princess cupcakes, and challenging the rest of us to think hard about our disciplines, and about the costs of the academic dream. Kelly, for everything you have meant to me and this blog, my thanks, and my regret that I could not return to you what you gave to us.

Oh, and by the way, that whole social media thing that Kelly brought to the blog -- 1,504 facebook followers and 1,503 Twitter followers later, I'd have to say that worked out ok. Thanks, Kelly, for ignoring me on that point and just moving forward. You're not going anywhere, but we will miss you.

P.S.: We do have a slot at blogmeister open! Let me know if interested.
Email Post
Labels: #blogmeisterwoes kelly baker zombies

Randall said…
Kelly, your work on the blog really made it what it is today: a vibrant community where scholars at different stages in their careers can have lively discussions, debates, and whatnot. Thanks much! And I'll continue to enjoy reading your work on the Chronicle site and in print.
May 22, 2014 at 5:56 AM

Paul, you sell the early blog short. We occasionally took a break from self-promotion to offer penetrating analyses of Sarah Palin and Tim Tebow, and only those two. How I miss them both.
May 22, 2014 at 9:44 AM