The Homespun Gospel, or, Does Mark Driscoll Know He is Special? 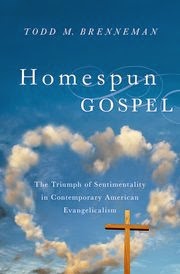 Sentimentality v. Utility in American Protestantism.  In light of Matthew Bowman’s new book, The Urban Pulpit (Oxford, 2014), I've been thinking about what a comparative, synthetic survey of liberal and conservative American evangelicalism might look like. The words sentimental and utilitarian kept coming to me as ways to characterize the fundamental differences between conservative and liberal evangelicals.  Utilitarian is relatively straightforward: Some time ago, evangelicals—becoming fundamentalists, then new evangelicals, and finally evangelical conservatives—decided to use cultural forms like art, music, and architecture as tools to further their gospel of personal salvation and friendship with Christ.  Evangelical conservatives really don’t care about those forms in and of themselves—only their utility—and thus are willing to discard them when they no longer “work” to provide ideological consent (anyone else have Christian t-shirts in their closets?).  In contrast, liberal evangelicals are sentimental.  I don’t mean they are overly emotional as the word often implies today.  Rather, by sentimental, I mean that liberal evangelicals desire a faith that is sensational or appealing to many senses.  For them, historically, cultural forms are important for the production and maintenance of public religious sensibilities  (I’m thinking of Lori Merish’s notion of "Sentimental Materialism").  Faith, for Christian sentimentalists, is less about intellectual assent and more about coveting sacred feelings and experiences.  This is how and why liberal evangelicals like Horace Bushnell, alongside if not before post-Christian social scientists, pioneered one of the greatest intellectual revolutions of the twentieth century: recognition of the social, environmental determination of personality.

Just when I thought I was on to something, I received a copy of Todd Brenneman’s wonderful new book, Homespun Gospel: The Triumph of Sentimentality in Contemporary American Evangelicalism (Oxford, 2013).  Needless to say, its arrival could not have been more timely to complicate my categorizations of evangelical praxis.  After the break, in lieu of a review (which Jay Green has recently offered at Christianity Today), readers will get a “sense” of what Brenneman means by evangelical sentimentality.

Brenneman reimagines evangelicalism as “an aesthetic formulated not only on belief but also by affective and experiential concerns” (17).  The sentimentality at the “core” of modern evangelicalism—meaning the evangelicalism of Rick Warren, Joel Osteen, and particularly Max Lucado, the main focus of the book—equates to “emotionality,” or, “appeal to tender feelings” (3).  The triumph of emotionality in evangelical conservativism is ironic in that “muscular” fundamentalists and evangelicals like Billy Sunday have often and long accused their liberal opponents of being soft and effeminate (24, 61).  In fact, Brenneman insists that contemporary evangelicals willfully refuse to interrogate their sentimental strategies.  As he elaborates: 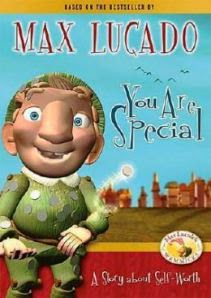 Drawing upon Tracy Fessenden and others, Brenneman is interested in exploring how evangelical sentimentality has enabled claims to cultural and political authority.  Here again, it seems, evangelical leaders are replicating the ministerial tactics of their liberal forbearers and not knowing it.  Sentimental evangelical themes of “nostalgia, domesticity, and familial love” (7) were mainly invented by nineteenth-century liberal evangelicals like the Beechers and Bushnell in opposition to the supposedly shallow emotionality conjured by the revivalists.  Brenneman recognizes this as well, noting how the theologically liberal Harriet Beecher Stowe effectively harnessed “the power of feeling to create moral action” (6, 8-9) in Uncle Tom’s Cabin.  (See also Brenneman’s connection at Then and Now between Elizabeth Stuart Phelps’s 1868 phenom, The Gates Ajar, and the new film, Heaven is for Real.)  Stowe through fiction, and Bushnell through theology, propagated the “moral influence” of their respective suffering saviors in part to shore up the redemptive power of the Northern Protestant middles classes.  Similarly, evangelical sentimentality today powers a Mrs.-PAC-men politics of “family values.”

However, in the prophetic spirit of Christopher Lasch, and in terms reminiscent of T. J. Jackson Lears’s many complaints about liberal Victorian Protestants, Brenneman concludes that the soppy saints of evangelical conservativism are not nurturing collective moral action but rather a therapeutic gospel of “narcissism” and “anti-intellectualism.”  As he explains,

Sentimentality obscures the deeper ideologies at work in evangelical emotional rhetoric and conceals certain aspects of human experience, such as structural inequalities from the evangelical gaze.  Ultimately the narcissism of the sentimental appeal works against clear engagement with the difficulties of human life, focusing instead on the glorification of the individual. . . . The hoped-for communal transformation of eighteenth-century evangelicalism has been replaced by a focus on individual transformation that advocates—explicitly or implicitly—self-absorption.  With this shift evangelicals have perhaps sown the seeds of the failure of their own ideology (15-16).

Furthermore, Brenneman accuses evangelical authors of having “created a simplistic message that operates in place of a well-reasoned, intellectual approach to spirituality” (52).  On this point, Homespun Gospel should be read as an important supplement to Molly Worthen’s Apostles of Reason (Oxford, 2013).  While both Worthen and Brenneman believe that anti-intellectualism is the evangelical conservative’s natural trajectory, they get to that position in very different ways.  And perhaps the latter is right: scholars of religion should get over troubling the tired rationality of a Francis Schaeffer or Ken Ham so they can turn their eyes upon Lucado.

I’d gladly welcome any comments on, correctives to, or dismissals of my sentimental/utilitarian typology at its most premature stage.  More importantly, would somebody PLEASE send a copy of Homespun Gospel to Mark Driscoll and to your friendly neighborhood Christian MMA?? 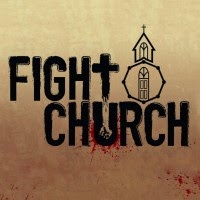 Tom Van Dyke said…
Is it fair to consider Brenneman's tome a polemic?

If so, I'm always uneasy about from where such pronouncements issue--from the historian, a theologian, perhaps a sociologist? Or just another fellow Christian with no alphabet soup following his name atall?

To the point, the argument against "sentimentality" and "feelings," I'm reminded of my favorite quote from "Old light" [and "proto-unitarian, some say] Charles Chauncy, who questioned the "enthusiasms" of the First Great Awakening:

there are among these Exhorters, Babes in Age, as well as Understanding. They are chiefly indeed young Persons, sometimes Lads, or rather Boys: Nay, Women and Girls; yea, Negroes, have taken upon them to do the Business of Preachers.

Mark T. Edwards said…
Not "polemic," but as I suggested, a prophetic tone throughout the intro.--more Christopher Lasch than anything. But, Kate Bowler has an interview upcoming here with Brenneman, so I'm sure he'll talk about his concerns.
May 23, 2014 at 7:12 PM