What Do These Have in Common? Blogging as Scholarship, Last Kind Word Blues, and Major New Book on American Catholics and American Presidents 1960-2004

Since a few of our folks are taking a well-deserved break from blogging this month during a particularly busy time of the semester, I've collected a few disparate items of interest for you here just to keep your blog reading muscles exercised while you're waiting for Laura Leibman's monthly blog treat tomorrow!

First: at this year's Organization of American Historians meeting, one of the final panels addressed the topic "blogging as scholarship." Historiann was on the panel and previewed her comments here; my graduate school buddy and excellent post player in basketball (25 - 30 years ago, anyway) Mike O'Malley from George Mason posted his thoughts here; and our own John Fea, whose illustrious blogging career got its start here before he decided just to take over the world, has some reflections from the panel here. The young historian Joseph Adelman contributes further to the discussion here. For those of you interested in some extended reflections on some of the questions that Chris Cantwell posted below on his "day of Digital History," this is a good place to start. 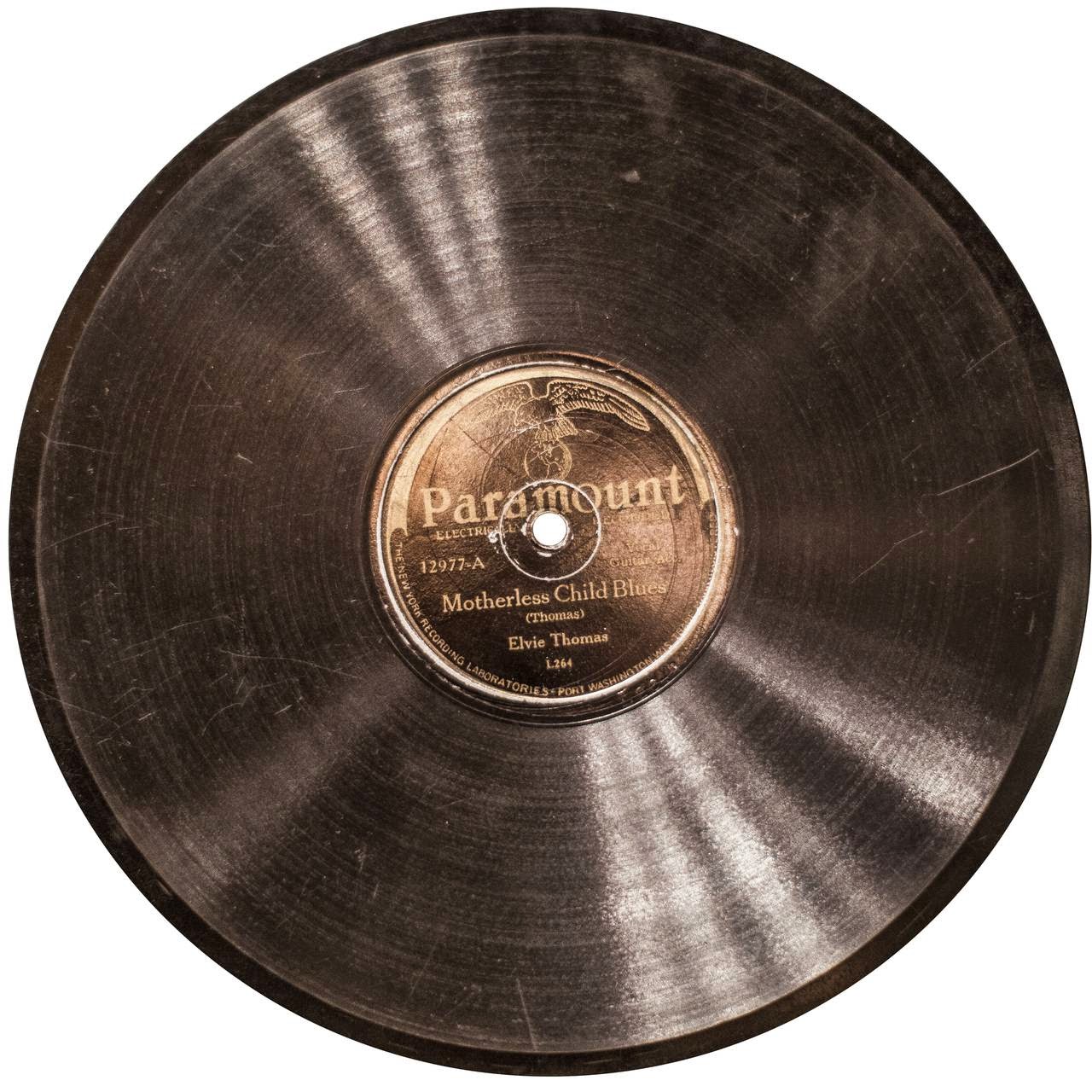 Second, I can't recommend enough this New York Times Magazine piece from yesterday: "The Ballad of Geeshie and Elvie," a piece of historical detective work on two female musicians who flashed so briefly on the scene in 1930, recorded a few classic sides for Paramount at its factory in Grafton, Wisconsin, and then seemingly vanished from history. The author writes:

There are musicians as obscure as Wiley and Thomas, and musicians as great, but in none does the Venn diagram of greatness and lostness reveal such vast and bewildering co-extent. In the spring of 1930, in a damp and dimly lit studio, in a small Wisconsin villege on the western shore of Lake Michigan, the duo recorded a batch of songs that for more than half a century have been numbered among the masterpieces of prewar American music, in particular two, Elvie's "Motherless Child Blues" and Geeshie's "Last Kind Word Blues," twin Alps of their tiny ouevre, inspiring essays and novels and films and cover versions, [and] a classical arrangment

Along the way we learn a lot about the history of record sleuthing and collecting, about a vast but inchoate archive held by the king of all researchers in this field and why that archive may never fully reveal its secrets, and about church communities which historically have gathered in an array of musicians about whose talents it can only be said, the half ain't never been told. Those of you who follow any dispatches you can from the old, weird America -- read the piece, and check out all the accompaniments online, including the Kronos Quartet's cover of Geeshie Wiley's stone-cold chiller of a tune, "Last Kind Word Blues."

And now, for something completely different!

Congratulations to Lawrence J. McAndrews, Professor of History at St. Norbert College, for this hefty new volume just out with the University of Georgia Press: What They Wished For: American Catholics and American Presidents, 1960-2004. The book is a very extensive chronicling of Catholics, public policy, and the presidency from JFK through Bush II (Round 1). Among other things, it certainly serves as very interesting background reading for this New York Times piece from a few years back discussing Barack Obama's close relationship with a south-side Catholic parish during his younger years as a community organizer in Chicago in the mid-1980s. Here's a bit more about the book, below:

Roman Catholics constitute the most populous religious denomination in the United States, comprising one in four Americans. With the election of John F. Kennedy as president in 1960, they attained a political prominence to match their rapidly ascending socioeconomic and cultural profile. From Vietnam to Iraq, the civil rights movement to federal funding for faith-based initiatives, and from birth control to abortion, Catholics have won at least as often as they have lost.What They Wished For by Lawrence J. McAndrews traces the role of American Catholics in presidential policies and politics from 1960 until 2004.

Though divided by race, class, gender, and party, Catholics have influenced issues of war and peace, social justice, and life and death among modern presidents in a profound way, starting with the election of President Kennedy and expanding their influence through the intervening years with subsequent presidents. McAndrews shows that American Catholics, led by their bishops and in some cases their pope, have been remarkably successful in shaping the political dialogue and at helping to effect policy outcomes inside and outside of Washington. Indeed, although they opened this era by helping to elect one of their own, Catholic voters have gained so much influence and have become so secure in their socioeconomic status—and so confident in their political standing—that they closed the era by rejecting one of their own, voting for George W. Bush over John Kerry in 2004.

Oh, and as for the question posed in the title to this post: I haven't a clue. But I bet Elvie Thomas and Geeshie Wiley would have come up with something.
Email Post
Labels: #blogmeisterwoes blogs catholicism gospel music Protestant Catholic Jew religion and music religion and politics religion and public life religion and race