In a recent New Yorker article, Malcolm Gladwell, mega-best-selling author of The Tipping Point, Blink, Outliers, and David and Goliath, offers a ringing endorsement of religious studies. Specifically, he analyzes the 1993 conflagration involving the Branch Davidians, in which Gladwell argues that if FBI agents had possessed the moral imagination (or training) to enter just a little bit into the theological worldview of David Koresh and his followers, the whole thing might have been resolved peaceably. 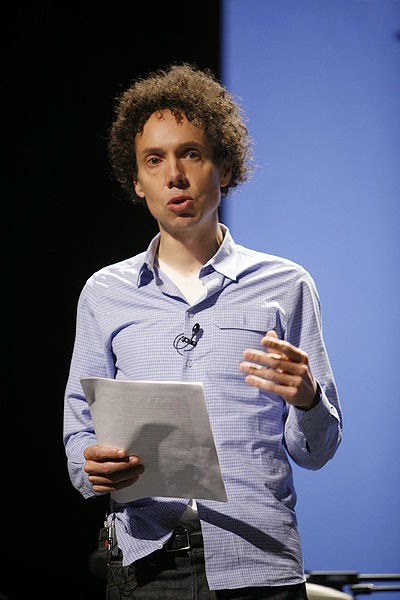 The FBI made the mistake of thinking the Branch Davidians were a replay of Jim Jones' People's Temple, isolated, "defensive and unstable," in the thrall of a messianic leader, liable to commit mass suicide if given the green light. But the Branch Davidians were "far from fragile," Gladwell writes. "They engaged freely and happily with the world around them." Koresh emerges as a regular guy, almost a character in a Judd Apatow film, but with a tremendous aptitude for long-form Bible study:

Koresh was not slick or charismatic, in the conventional sense. He was thin, with long wavy dark hair and a gentle manner. He was good with engines and guns, and he played in a rock band. His formal education was limited. His vocabulary was full of words of his own invention. He wore dirty jeans, T-shirts, and sneakers, and, after study sessions, would gather some of the other young men and head into Waco, as another survivor’s memoir, by David Thibodeau and Leon Whiteson put it, to “kick back, swallow some suds, play some tunes."

"Countless religious innovators over the years have played the game of establishing an identity for themselves by accentuating their otherness," Gladwell writes. "Koresh faced the same problem, and he, too, made his claims, at least in the eyes of the outside world, 'in the most obnoxious way possible.' And historically, he concludes, "Americans aren’t very good at respecting the freedom of others to be so obnoxiously different."

If FBI negotiators had known any of this, Gladwell asserts, they would have negotiated very differently. But this might be expecting too much. A major focus of Koresh's trademark exegesis was to determine the identity of "the Lamb" referred to in Revelation, the "arm of Yahweh" and "son of man" alluded to in the psalms, who according to his interpretation could not have been Jesus Christ:
Koresh’s answer to the puzzle was simple: he was the Lamb. That’s why he was so good at making sense of the Seven Seals. This exalted station was how he justified his most controversial practice—taking numerous “spiritual wives” from among the daughters and wives of his followers. At least a couple of these “wives” were reportedly as young as twelve and thirteen, in a state where the legal age of marriage with parental consent was fourteen.

Without defending the FBI tactics, which resulted in a horrifying bloodbath, it might be expecting too much of law enforcement officials to distinguish between a leader who declared himself the messiah and one who understood himself to be "the Lamb" or the avenging arm of Yahweh. Or even an "inspired interpreter" entitled to multiple wives in their early teens. No doubt the feds--all 700 of them--took an overly cynical view of Branch Davidians, reducing their convictions to the level of "Bible-babble" and Koresh to a pernicious con artist. But Gladwell seems to suggest that it was the law enforcement agents who needed to do all the work of what Geertz called the "moral imagination," entering the mindset of an incommensurable worldview.

I meant to write to the editor but, end of semester being what it is, I never got around to it. So I was interested to see a letter from a reader named Robert Marshall pointing out that Gladwell overstates the differences between the People's Temple and Branch Davidians:

Members of Jones’s group engaged with the outside world, and most did not worship Jones as a deity. More than a few were highly educated. Both groups easily met Robert Jay Lifton’s criteria for a coercive cult. Both had charismatic leaders who created an environment of—to use Lifton’s term—“ideological totalism.” Both employed techniques of thought reform. The fact that most members of Koresh’s group chose not to leave during the siege does not mean that they were less cultlike—just the opposite. Gladwell implicitly argues that, because Koresh was a true believer, he could not have been a con man or a sociopath. But cult leaders are often all three. Indeed, the first mind that needs to be manipulated is usually the leader’s own. True belief, for a megalomaniacal con artist, is a highly useful tool.

But hats off to Gladwell for raising a host of interesting issues in this prominent forum.

Jim Bennett said…
Thanks David, for pointing this article out and how the events at Waco (and Jonestown) continue to play out. Interesting how the letter to the editor draws on the language of cult, and the idea of mind-control (brainwashing). Such analysis is less evidence of the similarity of Jones and Koresh than the enduring power of the language of "cult" in the wake of Jonestown.
April 21, 2014 at 10:35 PM