Under The Radar: Interviews with Historians You Should Know 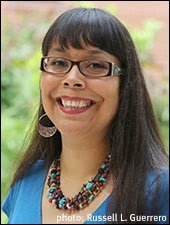 I feel like I’ve known Angela Tarango for years, and in some way I have, since her mom, who will always be known to me as Mrs. Tarango was my Vice-Principal. She was feared, but in a good way. The 6 Degrees of separation years later meant that when I heard Angela Tarango ‘s presentation on native Americans and the Assemblies of God and heard many familiar themes and new and exciting takes on a much needed gap in U.S. Religious History—let’s just say Angela and I have become fast friends, done panels together, and if one of the perks of this business is to work with your friends, then continuing to follow her work, and perhaps one day work with her on one of our mutual interests—for me, that will mean that Mrs. Tarango’s exhortations to pay attention and study will have come full circle.  This book, Choosing the Jesus Way is something all readers of U.S. Religion Blog should have on their shelves or in their Kindle…

1Give us the gist of the book’s argument about Native Americans & their relationship with the Assemblies of God?
My book argues that Native American Pentecostal converts who were missionized by the AG took the AG’s main missionary theology—known as the indigenous principle—and transformed it into a form of religious practice that allowed them to argue for the autonomy and sovereignty of Native Pentecostals within the structures of the Assemblies of God. Basically they took a colonizing theology and transformed it to critique Pentecostal Christianity for its ethnocentric and at times racist treatment of Natives and to argue that Native Pentecostal believers had the right to assert their own presence within the denomination.

What material would you have wanted to include that you did not?
I really wanted to do extensive interviews of lay people who belonged to a Native American AG church. The history I wrote is dominated mainly by Native leaders—especially men, and I really wanted to capture women’s and laypeople’s voices, but there were all sorts of logistical problems in doing this, and it also would not have captured the early years (1930s-1950s) that I ended up focusing on anyway. So in the end I focused on the archival sources, but I hope one day I can find the time and wherewithal to do significant participant observation at a Native Pentecostal church so I can write a smaller congregational study, and maybe capture some of the current trends (versus what was going on in the mid 20th century.)

3You have interviewed Native Americans about their faith lives that require some measure of critical distance, how did you accomplish this for the book?
I think I am lucky in a way—I grew up around Pentecostalism (my mother’s family) but I was raised a liberal Catholic, not Pentecostal, so I was familiar with the faith, the way that people would speak to me about it, and how they would outline their conversion narratives, so none of it was foreign. I was able to be sympathetic about Pentecostal belief but I didn’t have anything personally on the line. I also learned that Pentecostals, especially Pentecostal missionaries (both white and Native) love talking about their mission work, and that they have pretty detailed memories. I think this is because Pentecostalism is a highly oral culture, and it prizes that ability to connect with people orally. One things that was hard is that a few elderly white missionaries that I interviewed were very clearly not fond of Catholics and Catholicism, so I had to mentally prepare myself whenever they said something anti-Catholic, and I had to just remember that those statements were an indication of a particular time in American religious history and their own religious background.

4We have talked about race, ethnicity & Assemblies of God in several contexts, I don’t think the AG “gets” it, with regards to Latinos/as for example, what’s your take regarding integration and inclusion of Native Americans?
Well, the book is essentially about how the AG doesn’t get it in regards to Native Americans for most of the twentieth century and how Native believers had to fight hard for positions of power within the AG— and use Pentecostal theology as a tool against the very white Pentecostals who initially used it to justify their original missionary work.  The fight for tangible power is still going on right now within the AG between white AG officials and Native Pentecostals, which is one of the reasons why I chose to not bring the book entirely up to date (it mainly ends in the late 1970s.) This is because I am aware that the stakes are high for Native Pentecostals and I would never want to do anything to undermine their own continuing struggle for autonomy within the Assemblies of God.  I think the AG could do a lot more to address its ethnocentric missionary past—I do think that the denomination is starting to consider it, but I also think it really needs to understand itself as a human construct, not just a construct of the Holy Spirit, and that like all human constructs, it has some serious flaws that have to be addressed in order for it to be a religion that truly treats all people of all races equally. Also, I feel strongly that the study of Pentecostalism is still framed in a black/white binary, and I wrote this book to muddy up that history—Native people, like Latinos, have been a part of the AG’s history from the very beginning, and I feel that in order to understand Pentecostalism, you have to acknowledge all the early actors during its birth as a movement. When people think of indigenous people and Pentecostal missions they focus on modern missions to indigenous peoples in Latin America and Africa and they don’t realize that there is a long and extensive history of missions to Native Americans in the United States, Canada, and to Alaskan Natives (and a book still needs to be written on Alaskan Natives and the AG- there’s a dissertation topic for any aspiring graduate student.) I hope my book will do a lot to change that view and to challenge the black/white binary in the study of Pentecostalism in order to make room in Pentecostal history for Native Americans—who incidentally, really shaped the AG for the better.

5 Academia, like Hollywood is about ‘what have you done for me lately’, so now that the book is out, what work do you have coming up in the next couple of years? 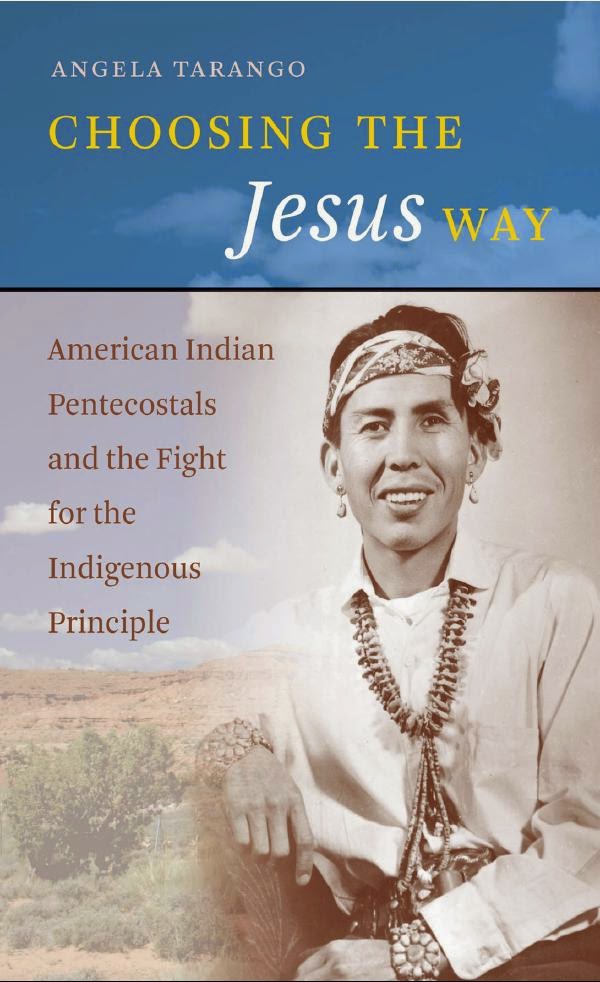 Well, I am working on two big projects at the moment. I have started the research to write a historical biography of the first Navajo (Dine) Tribal Chairman, J.C. Morgan, who was a controversial and important figure in the early to mid twentieth century. What’s fascinating about Morgan is that he was a full-blood Navajo who was a Christian Reformed missionary who eventually had a falling out with the church because the Reformed church refused to give him any power or status; but he also obtained a tremendous amount of political power as a critic of the Tribal Council, foe of then BIA Commissioner John Collier, and eventually as Tribal chairman. So you have this Calvinist Navajo who transforms into a tribal nationalist in his dealings with the federal government, who was mercurial, difficult and a fascinating leader of his people. A lot has been written on Morgan, but no one has treated his Calvinism well, or his looked at his occupation as a missionary with any sympathy or care. This biography is a long-term project. My other project is much more modern, and it is what I am focusing on this summer—I will be travelling to Oklahoma to look at the Choctaw Nation and how they do/or do not use their casino revenues to preserve their traditional culture. A lot has been written on casinos, but I am interested in looking how some tribes use casino money to frame and construct their own “traditional” tribal identities, as well as to preserve language, religion, and traditional arts and crafts. My research assistant and I will be bouncing around Oklahoma for a few weeks in June/July so if anyone has an suggestions of really cool places to visit in general, we will happily take any suggestions!