As writers around here have pointed out, a fair number of people have been looking forward to George Marsden's most recent book The Twilight of the American Enlightenment.

And, the reviews have begun to come in--from Thomas Kidd, Wilfred McClay (paywalled), and Grant Wacker, among others.

When I first got my hands on the book, I wrote up my own, quick review. In the review, I asserted that it would be very useful to read Marsden alongside Molly Worthen.

Since then, I discovered that people have begun to do this. Chris Lehmann reviewed the two books in a combination article in The Nation. Also, Marsden offered his own take on Worthen in a February 10 piece in Commonweal (also paywalled).

I stand by my claim that these two books would teach well together. They're an obvious pairing for any graduate seminar. I could also see how using them together could produce fascinating results in a class with advanced undergraduates. I'll be trying such an experiment myself next fall, as I'll be assigning Marsden's book for my "American Religious History" class but plan to bring in Worthen's argument as well.

In the commentary I've seen so far--including Lehmann's--reviewers tend to connect Marsden and Worthen on where they overlap topically--on the development of neo-evangelicals and the origins of the Religious Right. Yet, to my mind, the more important connection is on theme, that of religious authority. From whence does religious and then cultural authority arise?

If Worthen questions the intellectual coherence of neo-evangelicals, Marsden points to parallel problems in the liberal consensus and in the 1950s Mainline. Perhaps evangelicals weren't alone in this conundrum.

Thinking about the Tri-Faith America set-up of the 1950s and early 1960s, surely issues of authority were troubling to Reform Judaism, just as they were to Catholics during and in the wake of Vatican II.

Is this, then, a case where the story of the Post-War upheavals--which reverberate to the present--is really an on-going debate about where authority might come from and then be applied?

Thinking about this question leads into the rather large issue in American Religion: by what warrant do people believe and act?

But stepping back--as historians are wont to do--we might say this has been a bedeviling question for belief in America and one that certainly predated the 1950s.

As I have recently been teaching about the 1920s, it's clear that the Fundamentalist/Modernist controversies were rival claims to speak about the world authoritatively. As Barry Hankins makes clear, these debates had important results in the public policy debates, too. That is, debates about authority were also debates about culture, community, and law.

Going back to the 19th century, though, reveals that these debates over authority, although intensified in the Gilded Age and Progressive Era, had even longer roots.


Orestes Brownson, of course, tweaked Protestants on the very issue of authority. And, after his many spiritual peregrinations, he adopted Catholicism, specifically because it gave a settled answer to the question of authority.

In thinking about problems of authority, my mind always works back to Alexis de Tocqueville. Tocqueville made clear that Americans, apart from any theological issues they might encounter, confronted the general problem of establishing any type of authority in a democratic society. In his critique of democratic man and democratic culture, Tocqueville saw little opportunity for the making of authoritative pronouncements. Speakers had to justify their claims on "self-interest rightly understood" and on the democratic consensus. Tocqueville hoped that religious faith would help temper the worst excesses of democratic individualism, but he also considers seriously the possibility that democratic culture will also transform American religion.

At the same time, Antebellum questions about religious authority also did come back to the Bible. As Michael Lee points out in his recent book The Erosion of Biblical Certainty, debates about the character and interpretation of Scripture were roiling both in the late colonial and early republic periods. Lee's book is important, and I'll try to give it more attention in my posting next month. 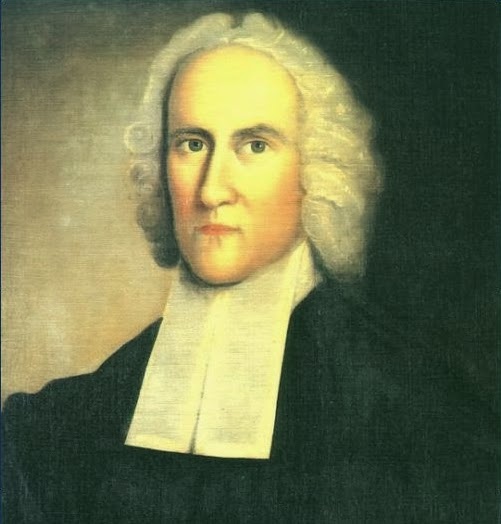 And, if we've reached the colonial period, we could end with Jonathan Edwards--not a bad place to stop. Edwards's Religious Affections is asking this very question about what authority emotion and experience might have in church matters.

We've traveled a long ways from Marsden and Worthen, but it strikes me that religious authority remains a contentious matter. It could serve as an organizing principle for understanding how American religion has developed. And, it bids to remain open for debate--even more so now, in an era that increasingly eschews any external authorities.
Email Post
Labels: Alexis de Tocqueville Authority George Marsden Jonathan Den Hartog's posts jonathan edwards

Jonathan said…
After posting this, I saw that John Fea had posted links to several additional reviews at "The Way of Improvement" blog:
http://www.philipvickersfithian.com/2014/03/reviews-of-marsdens-twilight-of.html

Elesha said…
Thanks, Jonathan! This post will be really helpful as I work to add my own reviews to the pile. It also raises a number of thoughts:

Doesn't the problem of authority go back at least to the Reformation? I teach it that way in my church history class. So you want to ditch church hierarchy for sola scriptura. How's that going to work, exactly?

Is the whole idea of intellectual coherence a chimera? You can either define a tradition so narrowly that it has such coherence, or you can study traditions at what I'd call a more culturally relevant level--people who identify as evangelical, for example--and necessarily find a lack of intellectual coherence. Is this incoherence a problem within the tradition or just a reflection of a widened scope of inquiry? Maybe it can be both.

The mainline in the 1950s is an interesting parallel, in part because there was no labeled "mainline" that I can find before 1960. If "evangelical" is frequently a category without coherence, "mainline" is at least sometimes a coherence without a named category. I don't know what this means, but I find it striking.
March 6, 2014 at 11:16 AM

Jonathan said…
Hi Elesha,
Thanks for those comments!

On that first point, I don't disagree. In fact, I'm sure the ghost of Brad Gregory's _Unintended Reformation_ is in the background insisting these are simply more recent outcroppings of the same problems that came up in the Reformation. On the other hand, as reviewers of Gregory have pointed out, it's not as if the Late Medieval Church was monolithic. The opportunity only arose for the Reformation because of problems that were both institutional and theoretical. So, the problem of authority only gets recycled. And perhaps it's the "How It Gets Addressed" question that's interesting.

For evangelicals (if I were to venture out on a limb), I think I would agree that there's enough of a "family resemblance" that allows for grouping them together. There's always differences of emphasis and interpretation, but there is some coherence. I understand Worthen's critique to be that what holds them together is itself incoherent, which then prompts other, ad hoc responses and sub-cultural behaviors.

Nice contrast in point 3 by describing the Mainline as a coherence without a category. I yield to your knowledge of the Mainline in this period (Hmm...I wonder if there's a good book on a major journal for the Mainline in this era? ) Insofar as those denominations shared in the "liberal consensus", Marsden is suggesting they encountered some of the larger intellectual problems. As to whether those problems were felt at the grassroots (the culturally relevant level), you would be better poised to assess.

Mark T. Edwards said…
Thanks for this, Jonathan.

Not to further complicate matters, but Matthew Bowman's wonderful new book on "liberal evangelicalism," The Urban Pulpit (Oxford), looks at a group of pastors and others who thought new religious authority could best be established through mediation between fundamentalism and (secular) progressivism. His book will go a long way in breaking us out of the "liberal versus evangelical" idea, which has the tendency of reducing liberal Protestant complexity.
March 6, 2014 at 2:23 PM