Under The Radar: 5 Questions for Historians You Should Know

When you travel in these Pentecostal circles long enough, you get to meet people who you resonate with, who understand your research, and who are allies in bridging the chasm between pentecostalism as a movement and its academic study--Kim is one of those rare women--who will cross over her Holiness Pentecostal pedigree in the Church of God--to talk about feminism, healing, Holiness, academic politics & of course, Rock 'n Roll. 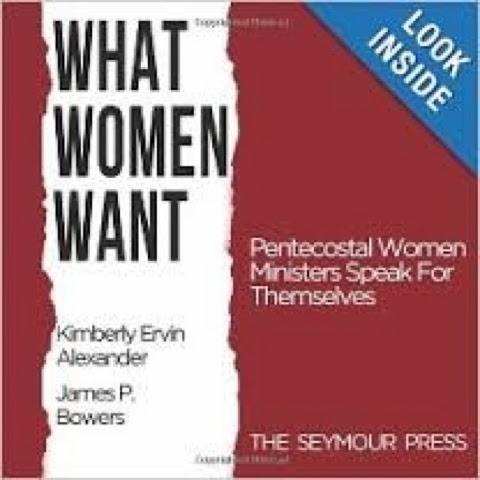 1.  Obvious question, what do women want? What did you find in your research?
The women ministers we surveyed indicated that they want to be valued, they want their call to be recognized, they want support (and are in serious need of such) and, perhaps most importantly, they want the opportunity to be at the leadership table. They are weary of being overlooked and of being slighted. They are tired of the jokes and condescension.
While it may be argued that this research was limited to one ecclesial group, one denomination in the classical Pentecostal orb, reviewers from outside the classical Pentecostal world, both male and female, have resonated with the findings and have indicated that it correlates with their own experience within even some mainline traditions.

2. Pentecostal world is not of one voice on this issue, generally, those who are most against women in church leadership are women, did you find that, what do you make of that?
Our survey was limited to credentialed female ministers (and it was a large sample). We did not find that there were a large percentage of those women who opposed women in church leadership; in fact, over 90% of the women did affirm both their capability to lead and scriptural support for doing so.
Interestingly, though the percentage of respondents who were Latina was small, there was more support from this demographic than from the other respondents. And remember, the survey was of credentialed female ministers within the US.  In our denomination, much of the push for full empowerment of women is coming from women from outside the US, especially those from South America.
We did receive a few rather vehement emails from some women who received the survey asking us to “leave well enough alone.” Clearly, these women have negotiated some sort of safe space for themselves and are hesitant to see the equilibrium upset.
Our survey of randomly selected credentialed male ministers from within the same denomination did indicate, as expected, that men are much less supportive, even though (and this would be funny if it weren’t so sad) they were supportive of women in civic leadership.
3.  Insider/Outsider research question: As an insider, did you receive resistance as you researched this topic? How about now that the book is out?
There was a rather curious re-visioning of the original agreement by the “powers-that-be” that gave us access to the database of ministers. We were never given “endorsement” from the top but were given cooperation. After the survey went out, there was an email more or less re-casting the original conversation. J Since then, there has been this really deafening silence.  Not a word. Nothing.
4.  Academy/Church divide. Feminist scholars in the academy who do not engage the church often tell me that they do not do so because it is a waste of time--like the church world is alien to them. Does this research support that contention or is there some hope?
It is hard for me to say that there is any evidence of a pending change, anything to really hang hope on. That’s because even though the women ministers are overwhelmingly asking for full empowerment they have no voice in decision-making. Only male ministers have voice and there just aren’t enough, at this point, who will advocate or help push it through. Those who would are not a small minority but they are a minority. Beyond that, there is a general apathy among credentialed ministers and the vast majority of them do not (or cannot, for economic reasons) attend the General Assembly where decisions must be made. I may be surprised and things may change at this next meeting in August but it will be just that—a surprise. We shall see. And we can hope.
5. Have you heard the new U2 songs and what do you think of them?
Are you kidding me? Of course, I’ve heard it! The only reason I had the Super Bowl on my calendar was so I could download “Invisible” that night! BTW—as a result of my calendar being marked for that, I did decide to watch Bruno Mars half-time show and THAT was a treat! Back to U2---how about that live performance on Jimmy Fallon?

For more on our conversation about Pentecostal women, dress codes, surviving the academy, and more, we'll have that interview up on my Patheos blog soon...