The Beauty of a Transparent Life: More Than Conquerors 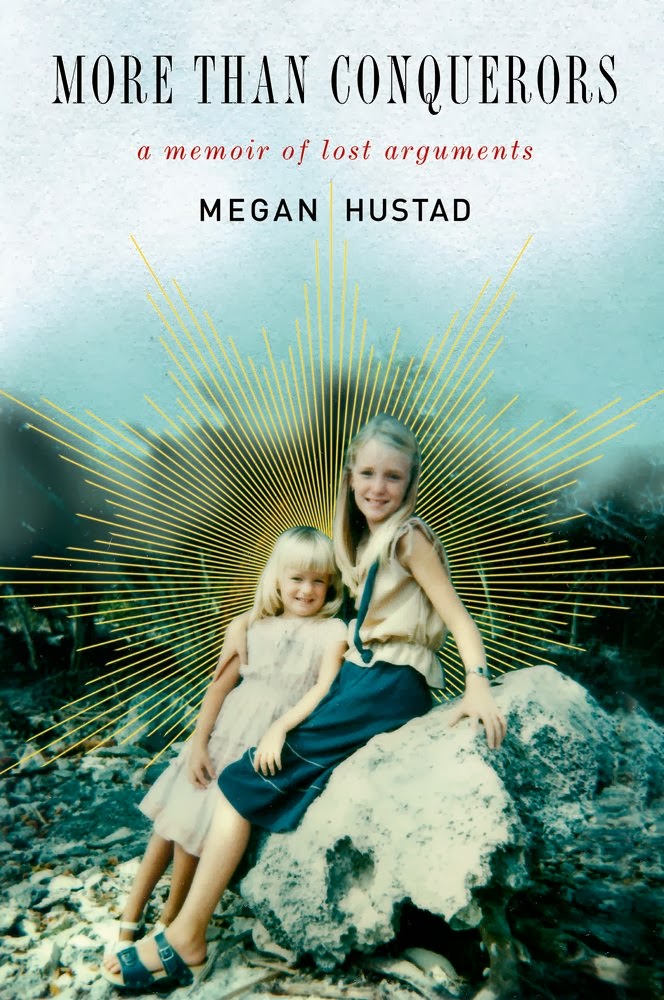 The academic study of religion is an awkward pursuit. It takes a unique kind of compartmentalization to reduce the hot passions and stirrings of the soul into a measurable and observable science. Religion becomes easier to study when it is held at arms’ length, or when it is politicized.  At worst, religion becomes an unattached “force” in a dry narrative; the residue of too much philosophy and too little time spent at the feet of real people.

So our best understanding of this thing we call religion comes in stories and testimonies and strange recollections of the way that people find meaning in their lives. But religious memoirs tend toward the classic “born again” narrative, or go the other direction completely with a secular conversion: “I once was found but now I am lost.” A new memoir of an evangelical missionary childhood and an adulthood steeped in doubt shows the value of the personal in shaping historical interpretation, and avoids a predictable outcome destined to arrive at either spiritual belief or skeptical atheism.

More Than Conquerors: A Memoir of Lost Arguments by Megan Hustad hits bookstores today, and provides an original and vulnerable account of a Midwestern family who set out to serve Jesus on the mission field. Hustad’s story is Christian conservatism under a microscope. In 1978, Hustad’s parents quit their jobs in Minnesota and packed up three-year old Megan and her older sister to move to the Caribbean island of Bonaire. There, they would serve with Trans World Radio, a broadcasting ministry that used super transmitters there to send programming across worldwide frequencies. On missionary furloughs, they worked the church basement and slide projector circuit to eke out financial sponsors to send them back to the mission field for another tour.
TWR transferred the Hustads to a training school outside of Amsterdam a few years later. After nine years in the Caribbean and The Netherlands, the family returned to the United States in 1987 and pursued new roles for themselves and a new understanding of their faith. The compelling story of one family’s reassimilation to American life informs histories of the rise of religious conservatism in the Reagan years. As they re-enter American life, they find themselves out of step with a church dominated by Frank Peretti novels, youth group choruses of entitlement, and Left Behind books. Hustad continues the story to the present day, providing a deeply personal memoir of faith through conversations and recollections of her family members.

Megan and her sister decide that their missionary childhood robbed them of experiencing life, and vow to become “secular with a vengeance” as adults. So Megan flees Minnesota for New York City and leaves her faith behind, pursuing a career in publishing. She finds difficulty in adjusting to life in Manhattan, and suffers imposter syndrome when her Midwestern Lutheran and evangelical missionary upbringing clash with the urban sensibilities of her bar mates and boyfriends. She develops comebacks for the questions she gets in New York about life on the mission field: “Missionaries in Holland, yes. Roughly a thousand years after the first ones. Seems a little late to the party.” Or describing their work in training national pastors: “No one challenges the basic wisdom of sparing the people of Ghana a visit from missionaries from Grand Rapids, Michigan, and replacing them with homegrown itinerant evangelists.” In the midst of these new relationships, Megan finds herself deeply resisting the rules of the aggressive skeptic, unable to separate from her belief in the existence of the soul. Her family in Minnesota prayed and worried for her, and she believed they “stomached my rebellion because they hoped the light would eventually come back on in me.” Secular with a vengeance was not as easy as it seemed.

More Than Conquerors is not a story of a cynical run from the organized church, and it is not a book written for an exclusively religious audience. Nor is this a narcissistic memoir of the author’s heroic life. Megan Hustad does not shake a fist in the direction of the church, or her parents, or the White House. She is not trying to convert her readers to the church or away from it. She is laying bare the pain and disillusionment of her family and herself, in a style that is courageous, honest, and painful. And in the midst of her reflection, she grasps a new understanding of mercy and its impact on her life. In reflecting on the story of the prodigal son, she concludes “the kingdom is a courtyard in which those who are maimed in body and mind have priority over those who walk straight.” Her understanding of the role of mercy shapes this concept of the kingdom. Hustad describes true mercy this way:

This is not a contest. There is no contest.

The contest is over. You won. Maybe you lost. It’s hard to tell.
But it’s all the same to me.

And a person who has experienced mercy, and recognized it for
what it was—mercy,not luck or the fruits of their charm—can never
be the same. Because the merciful don’t track results. They are
skeptical of data. They listen gently and hold doors open. Their
effect on us is like the sound of music. They provide that
lungs-full-of-air feeling a favorite song gives.

Megan Hustad gives a deeply transparent look at the difficulties of modern religious faith. The subtitle refers to the “lost arguments” that she recounts in the book. These are not just arguments lost between opponents, but arguments lost to time, lost to life, and ultimately lost to mercy. By exploring pain and doubt, she gives a more rich and full understanding of the nature of Christianity. There is a genius in that sort of transparency, and a confidence in the mercy she discovered in the process.

The first chapter of More Than Conquerors is available here.