Painting, Working, and Haunting in the Steel City

It is my pleasure to introduce Andy McKee to RiAH-land. Andy is a doctoral student at Florida State University, specializing in American religious history. He came to Tallahassee by way of the University of Missouri, where he studied with Chip Callahan. Prior to that, he attended Saint Francis University and majored in history before I pulled him over to the dark side. Below, Andy gives background on his MA thesis,"'Kolosalno! There is Something Here . . . Power, Energy, the Future!': Haunting, Steel, Progress, and the Urban Religious Landscape."

Over the course of several weeks in 1937—and again in 1941—artist Maxo Vanka covered the walls of  St. Nicholas Croatian Catholic Parish in Pittsburgh with images of American and global industry. The resulting paintings do not show a straight line of progress, but rather flashes of unforgettable scenes that address themes of labor, family, capitalism, and social justice. Initial reception to his work was mixed. A headline from nearby Youngstown after the grand unveiling announced, "Artist Vanka Paints Bums: Yugoslavian Also Does Church Murals in U.S."

I first encountered these images several years ago at a church-sponsored rummage sale. Even though I had spent my entire life growing up less than five minutes from the parish, I had neither seen nor heard of these magnificent murals. Fortunately, they resurfaced in my memory as I began my graduate work with Chip Callahan. So I decided to return home to give a closer look to these murals, hoping that they could reveal something about religion and labor in Pittsburgh. 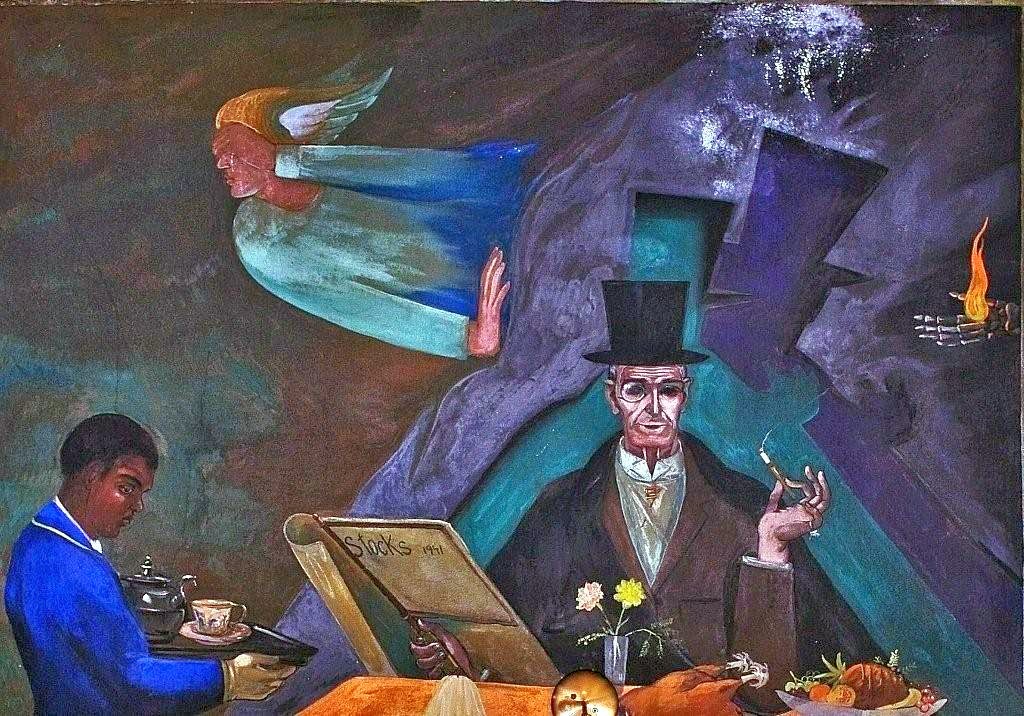 Vanka made his way to America in the mid-1930s and immediately was struck by the struggles of working-class people. While traveling with his friend, the novelist Louis Adamic, Vanka began to conceptualize a vision of his new home when a small Catholic Croatian parish in Pittsburgh headed by Father Albert Zagar recruited him to paint murals on the church's bare walls. In the finished product, Vanka metaphorically marked the process of migration while indexing concerns of crossing and dwelling in the Steel City. He additionally showed solidarity with the working class by embedding his own immigrant story into the murals, highlighting the ways that he felt the American dream was lost in the smoke and death associated with big business. 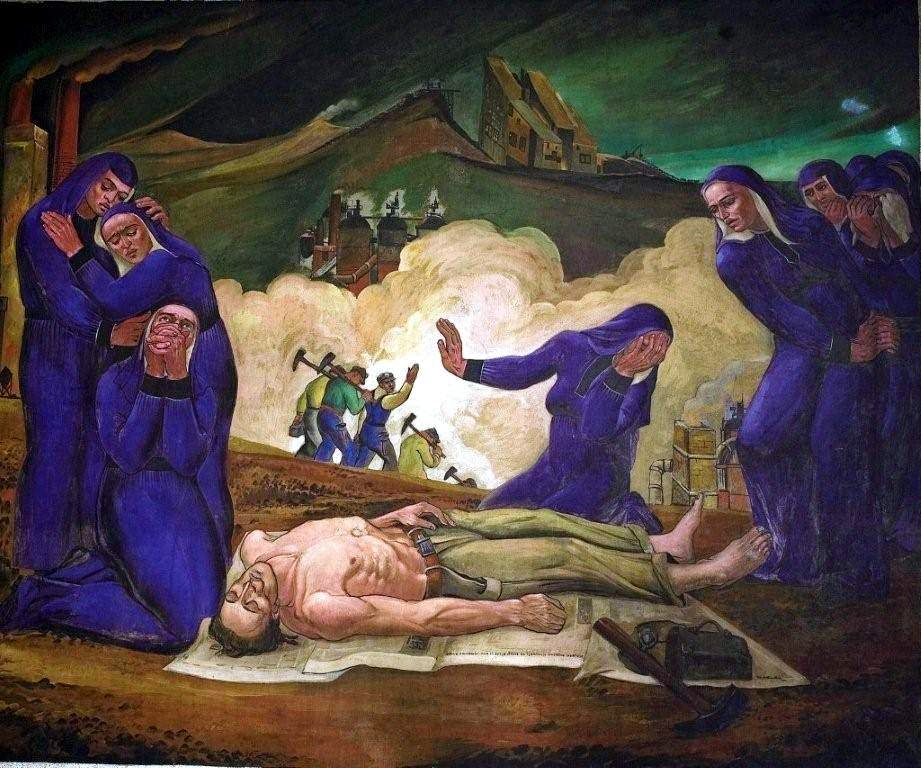 One of the more powerful images depicts the human tragedy of labor, entitled, "Mother Raises Her Sons for Industry." Vanka most likely based this mural on a 1909 mine explosion that happened in the nearby industrial hub of Johnstown, Pennsylvania. Vanka had spent time in Johnstown on his way to Pittsburgh. The image recalls the aftermath of a dynamite explosion, which trapped seventy-two men. At the center rests the body of a miner, with his mother mourning the loss of her eldest of four sons. In the background, we see a shuffling crowd of men returning to work amid the billowing smoke.

Another surprising feature of these images are Vanka's own curious experiences in painting them. Specifically, he spoke of ghosts and haunting. In his writings, Vanka said that on many evenings, just as the dogs outside the church would start barking, his scaffolding would creak as if a train was passing. Then he would almost always see the shadowy figure of a man sitting in the fourth pew of the church. After several  "strange experiences," he determined with Father Zagar—who had also witnessed the ghost—that it was in fact the parish's previous (deceased) priest.

To better understand this, I turned to Avery Gordon, who argues, "the concentration on haunting and ghosts is a way of maintaining the salience of social analysis as bounded by its social context, as in history . . . is anything but dead and over." Ghosts, in other words, always signify something. And as I found with Vanka, his ghostly encounters—combined with his paintings—had intimate ties to the advance of American industry in Pittsburgh.
Email Post
Labels: Andy McKee's posts guest posts religion and art religion and labor