Monotony and the Culture Wars: A Reappraisal 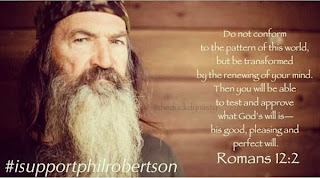 Another year done, another series of “culture war” conflicts come and gone. I responded to 2013’s final major controversy, the Phil Robertson firestorm, with the same sigh and groan as many others. There is a recognizable, ritualized pace to cycles of public controversy, especially those involving words, thoughts, and deeds that are often lumped under the broad and ambiguous “culture war” umbrella. Clamorous outcry is swiftly followed by some sort of apology, whether from the accused or their employer; cultural defrocking, and frequently a much quieter cultural reordination or redemption, follow in due time. So it was with the patriarch of Duck Dynasty, and so my eyes rolled. One could predict with fair accuracy the language used, the personalities present, even the institutions involved as it worked its way through the well-oiled machine of 24/7 news media and internet commentary.

It was precisely the monotony of the debacle that led me to peer a bit closer, to second guess the actuality of that monotony and its possible implications. After all, regardless of where we pinpoint the particular origins of these spectacles - whether we think back to the 1990s, the ‘80s, or reach even further to the ‘20s - a lot of time has passed. Contexts have changed, and so have technology, politics, and popular culture in general. If the episodes of the culture wars seem to resemble each other in form and in content, they nevertheless occur at distinct historical moments and are shaped by unique circumstances. Their familiarity may be deceiving.

Exhibit A in this respect is the rise and prevalence of social media technologies. As I stepped back and reappraised the Phil Robertson controversy, I was struck by how much of it played out through Facebook, Twitter, and other internet outlets. I watched as friends and strangers aligned themselves for or against Robertson and A&E by pressing “like” on certain memes, or by commenting on long and contentious Facebook threads. On Twitter, a cornucopia of hashtags emerged, and fans of the show could express their support by following new accounts set up for the sole purpose of weighing in on the controversy. Thinking back to other recent, similar events - the Chick-fil-A debates of 2012, or the Hobby Lobby/ObamaCare contest regarding the contraception mandate - it is clear that social media has become an important space where such controversies can be constructed and engaged.

As so many of these episodes are often bound up with issues of religion, it seems that there are serious questions that can be asked about the role of social media in contemporary religious life. This is, of course, becoming an area of research unto itself. Yet there are historical questions to be asked here, too, questions concerning the ways in which social media has reshaped familiar intersections of religion, politics, and culture. This is especially true when we consider how closely our personal, “real” identities and our digital identities are intertwined, and how our digital lives may inform the narratives that help us to conceptualize ourselves as individuals as well as members of given communities. What does it mean for someone to share a meme of Phil Robertson that is captioned with scripture? How does such an act, which may appear mundane on the surface, compare to the sorts of engagement that may have been found in, say, the Southern Baptist Convention's boycott of Disney, or the American Family Association’s boycott of Ford? Does social media open up new means for the expression of religious identity in the political and cultural spheres? In doing so, might it change the way that people conceive and perform their religious lives, as well as how they imagine the boundaries between the religious and the non-religious, between the personal and the political?

These questions are not only relevant to scholars who study contemporary religious phenomena. If we answer the above questions in the affirmative - if we agree that social media is changing modes of religious identity and expression - then we are in a better position to appreciate how given circumstances and limitations of technology may have informed conceptions of religion and religious identities in the past. Consider, for instance, the aforementioned Disney boycott. In today’s environment, discontent with a company can be publicized and, more importantly, publicly participated in with only a few clicks of a mouse. Organizers and participants of the boycott in the late ‘90s, on the other hand, had to rely on more traditional forms of political organization: letter-writing, planned events, the circulation of educational materials through magazines or denominational bulletins, and so forth. We know from a wide range of literature that participation in such work helped to build and sustain communities at critical moments throughout the twentieth century, even as it informed a participant’s own sense of self and individuality. Yet if the relationship between activism and community-building has been considered, I wonder if we appreciate how the limits of communication - the limits of technology, the practical difficulties of organization - might have shaped the way such activity was conceived and acted upon, and further, how that activity might be understood personally, as part of one’s political and religious identity. Or to put it another way - and to nod, perhaps, to Michael Altman’s thoughtful comments on Porterfield’s Conceived in Doubt and the field of religious history - do we appreciate how the practical parameters of such religio-political activity informed the boundaries of the religious in personal lives and in public affairs? How does letter-writing or attending an information session in a neighbor’s home differ, in its effect on conceptions of religious life and practice, from a click on Facebook or a brief 140 characters on Twitter?

Social media may perhaps be the most significant shift in the nature of the “culture wars,” but there are other changes to be considered as well. There are certainly changes in the political language and rhetoric of today as compared to the comparable rhetoric of twenty, thirty, or ninety years ago. The very players in these contests may be changing, too, in part because the nature of the contests are changing. If we think of the Disney boycott as an essentially top-down version of conservative activism, largely organized and publicized by the SBC and the AFA, what space is there for such organizations in contemporary conflicts that seem to take on a life of their own once they’ve gone “viral”? Again, such questions direct our attention as much to the way these conflicts have transpired in the past as to the way they are changing and unfolding today. Even more importantly, they encourage us to ask questions about the form and mechanics of such debates, and how their shape helped to construct certain understandings of religious and political identities and their attendant activisms. 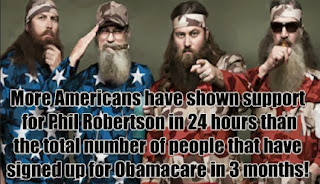 There is one more thing to consider here: the nature of the monotony itself. That these events are so easily categorized and filed under the “culture war” label, explicitly or implicitly, is an act of construction itself, one made all the easier by the new conditions of social media and omnipresent news cycles. How quickly the Phil Robertson controversy was placed, in memes and in tweets, alongside other contemporary issues such as ObamaCare, the Paula Deen debacle, the “war on Christmas,” or even Miley Cyrus' inclination to awkwardly twerk wherever she can, is suggestive of a process by which the “culture wars” are constructed and sustained. Consideration of this process encourages us to ask how similar narratives have been built, disseminated, and received in the past, and to think about long-term shifts in how memories of these contests have been sustained and manipulated on all sides of each episode.

2014 will certainly bring a new round of explosive debates, many of which will appear to be little more than minor variations on a well-worn theme. And while I will still roll my eyes and maybe even snark with friends a bit, consider it my scholarly New Year’s Resolution to take a minute and assess each moment with a bit of distance and a bit of history in mind. For those of us who work in areas touched by the contentious intersections of religion and politics, we may do well to take a second look, to think about what short- and long-term changes are hidden by the apparent monotony and ubiquity of these episodes, and to use contemporary developments as a means for approaching old issues anew.
Email Post
Labels: culture wars phil robertson religion and politics religion and social media Trevor's Posts

Karen Wieckert said…
I would think that one way that things should be different is in the religions referenced in the "culture wars". Not just Christianity, but also Islam.
January 5, 2014 at 10:41 AM

Tom Van Dyke said…
Not sure if I can hang this thesis, once we introduce metrics. We're doing sociology here--not art but science.

the Southern Baptist Convention's boycott of Disney, or the American Family Association’s boycott of Ford

Perhaps firing Phil would have had little ratings/economic effect, but we'll never find out, since his fellow Duck Dynastists refused to go along with the culling of their fundamentalist flock.

And this has zip to do with

ObamaCare, the Paula Deen debacle, the “war on Christmas,” or even Miley Cyrus' inclination to awkwardly twerk

[Well, a little bit to do with the War on Christmas, which is pointless to litigate here and now. Plus, America hates Obamacare, in theory and in practice, if you follow these things.]

Let's at least spare each other the charade of outrage. We all know where each other are coming from, usually within the first sentence.
January 7, 2014 at 12:33 AM