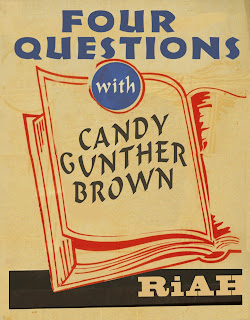 Candy Gunther Brown is Associate Professor, Department of Religious Studies at Indiana University.  A historian and ethnographer of religion and culture, Brown has authored a range of books on evangelicalism, pentecostalism, and alternative medicine, spanning over three centuries.  Her books include: The Word in the World: Evangelical Writing, Publishing, and Reading in America, 1789-1880 (University of North Carolina Press, 2004); an edited volume, Global Pentecostal and Charismatic Healing (Oxford University Press, 2011); Testing Prayer: Science and Healing (Harvard University Press, 2012); and, The Healing Gods: Complementary and Alternative Medicine in Christian America (Oxford University Press, 2013).  She has won high praise from scholars of religious studies and the history of medicine alike.  In typical fashion, one reviewer has called Brown's Testing Prayer "innovative, sophisticated, and fascinating book that makes an outstanding contribution to Pentecostal studies."*

Below Brown speaks about her training, career trajectory, and her most recent work.

Candy Brown: I remember loving American history and literature at least since high school. I especially enjoyed “eavesdropping” on personal reflections in old diaries and letters. Religion featured prominently in these documents. When I discovered a “History and Literature” major at Harvard, this seemed the obvious choice. I was privileged to be Bernard Bailyn’s last undergraduate advisee before he retired; for my thesis, I discovered a treasure trove of manuscript letters written by women missionaries to the Cherokee Indians. From there, it was a natural transition to go onto graduate school to study lived religion with David Hall, also at Harvard, starting with the Puritans and taking the story forward into nineteenth-century evangelical print culture.

Brown: The field of “lived religion” was just getting going when I was a graduate student, and I was at one of the epicenters of activity. In 1994, I presented my first academic paper at the conference that birthed Hall’s edited volume on Lived Religion. We were in those days all reading Catherine Bell and Victor Turner, trying to figure out what lived religion was or could be. Christian denominations were still front and center, and we were just discovering the voices of those who weren’t clergy, men, white, and Protestant. 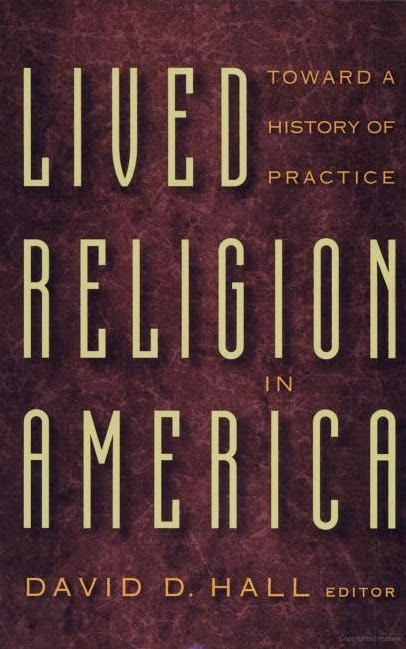 Not only has lived religion blossomed, but scholars in history and American studies have become much more aware of the importance of religion. Teaching in a history department in the early 2000s, I struggled in conversations with colleagues to make a case for why religion matters. It was not until 2003 that the Religion and American Culture Caucus formed at the American Studies Association, and I gratefully joined as a founding member.

Doing research in American religious history has become so much easier since I was in graduate school thanks to the explosion of computer and internet technologies. Interest in global and interdisciplinary projects has also flourished, and overall the results have been enriching.

Brown: I view theory as a means to an end of fuller and more satisfying explanations. I am less interested in applying trendy theories to new materials than I am in re-theorizing through an iterative process that weaves back and forth among problems, questions, and interpretive lenses. Early on, Clifford Geertz’s model of “thick description” gave me tools for careful observation and analysis. More recently, I’ve drawn insight from classic theorists in the natural sciences. In particular, I took to heart John R. Platt’s advice to be problem-oriented, rather than method-oriented, and T. C. Chamberlin’s advocacy of multiple working hypotheses as an antidote to precipitate explanations that press theory to make it fit the facts, and press facts to make them fit the theory. I tend to be theoretically eclectic, more prone to allow historical problems and questions to guide selection of theory, than to allow any one theoretical orientation to guide the selection of problems or questions. Used well, theoretical sophistication enhances creativity of method and yields fresh insight; used poorly, it impedes innovative inquiries and flattens interpretation.

Brown: My interests have branched out considerably since being introduced to Puritans by Bernard Bailyn and David Hall in the 1990s. Working on nineteenth-century evangelical print culture made me aware of the significance of “sanctification,” or life-long, communal, every-day pursuit of holiness, as a relatively understudied theme in American religious history. As I took the story forward in time, I discovered the historical significance of divine healing practices and global Pentecostal and Charismatic Christianity, and was led by my historical problems and questions to add new methods to my toolbox—including ethnographic and even biomedical research. Interviewing Pentecostals about their divine healing experiences, I was surprised by how many of them expressed appreciation for complementary and alternative medicine—which led me to a more comparative perspective on healing practices that draw inspiration from selective interpretations of Hinduism, Buddhism, Taoism, and Western metaphysical spirituality. That project drew my attention to implications of healing practices for biomedical ethics and constitutional law, as a result of which I was called upon to serve as an expert witness in a court case on yoga in public schools. My current project re-examines religion in public schools, as prayer and Bible reading were replaced by health and wellness programs using yoga, Transcendental Meditation, and mindfulness meditation, alongside Waldorf-inspired and other religiously informed charter schools.
Email Post
Labels: alternative religions author interviews candy gunther brown four questions with lived religion pentecostalism randall's posts religion and healing religious studies