It wasn't so long ago that people talked about a "war on Christmas." I think the idea was first introduced to me in an American religious history course, while I was a graduate student. We must have been approaching that time of year. The professor, ordinarily emotionally reserved, seemed of heavy heart over this Christmas conflict, and he invited our reactions. We non-Christians in the class must have exchanged a puzzled glance. "War on Christmas"?  During the post-Thanksgiving weeks, it felt more like "tyranny of the majority." Where was this war being fought? Who were its foot soldiers? To the Jews among us, this war surely seemed an incredible idea.

For, added to our own feelings of outsiderness about Christmas, were the stories of parents and grandparents. Being compelled to sing Christmas carols in public schools is one common narrative; embarrassed reports about who, among friends and family, had caved and "bought a tree" -- out of some misbegotten sense of what it meant to be an American in December -- is another. (A joyous, child-centered event, in a Christian middle-class American family, becomes a moment of betrayal in a non-Christian family.) The inheritance of many young, American Jews in the late twentieth century, these Jewish "Christmas stories" helped to preserve, within families, a feeling of what it meant to be a religious minority. 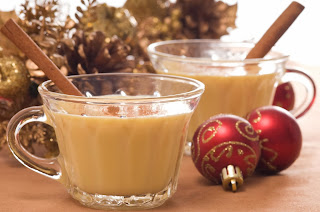 But Jewish feelings about Christmas are complicated, and not so far removed from their feelings about Christianity. Fear, antipathy, resentment, and disdain may lie at one side of this veiled spectrum of emotions; admiration, awe, and attraction are espied at the other end. It is the beauty of the Christmas season that catches the outsider's breath; a surprise, because one wasn't thinking or planning for the holiday, but then, there it is: the awe-inspiring "Silent Night" or a few sweet verses of "Joy to the World" or "Hark! The Herald Angels Sing." Then, too, there are the visuals. On Christmas Eve day, I walked through my parents' neighborhood with my Orthodox brother and sister-in-law (because Jews, inevitably, spend Christmas with family) as we selected our favorite, decorated homes and editorialized on the wreath and lighting choices of other neighbors (because Jews also, inevitably, believe they would do a more tasteful job with Christmas decorations.) To the Jewishly committed, these favorite sights and sounds of Christmas can have the feel of contraband.

If the affection of Jews toward Christmas is, at times, a love that dares not speak its name, it is becoming less so, I think. The internet and Facebook, in particular, are full of evidence of Jews boldly "owning" their entanglement with the holiday, signaling, perhaps, a new chapter in American Jewish-Christian relations. This was my first Christmas on Facebook, and I was struck by how many of the day's good tidings, sometimes in the form of a hearty "chag sameach" (Hebrew for "happy holiday"), came from Jews. If there is still a battle being waged on Christmas, such as my professor rued, it seems that Jews are approaching it differently. Now, Jews come as protestors, showing up to the event with signs: "Make love, not war." Once outsiders to Christmas, Jews have increasingly made it their own party. That hardly sounds like a war.