Report from the Field Follow-Up: Standing upon the Shoulders of Giants

As many gather together with family and friends to give thanks and, perhaps, enjoy a long weekend, some appropriate writing advice popped up on my twitter feed:


Seeing yourself as a part of a creative linkage makes you feel less alone in your art.

The advice comes from Explore blog, a cross-disciplinary site edited by Maria Popova of Brain Pickings that examines what it means to be creative and encourages creative thinking in science and art. I follow it for its long running series on writers and their writing process as well as other thought-provoking insights and innovations. Today's tweet, a throwback from the original post earlier this year, is particularly fitting as my conference-filled week at the Danforth Lectures Series and the American Academy of Religion's annual meeting comes to a close. As David wrote yesterday,  AAR/SBL staged an embarrassment of riches. Between #aarsbl and #danforthlectures there is much to reflect on, particularly with respect to our "creative linkages" and our art (or is it a science?) of writing. 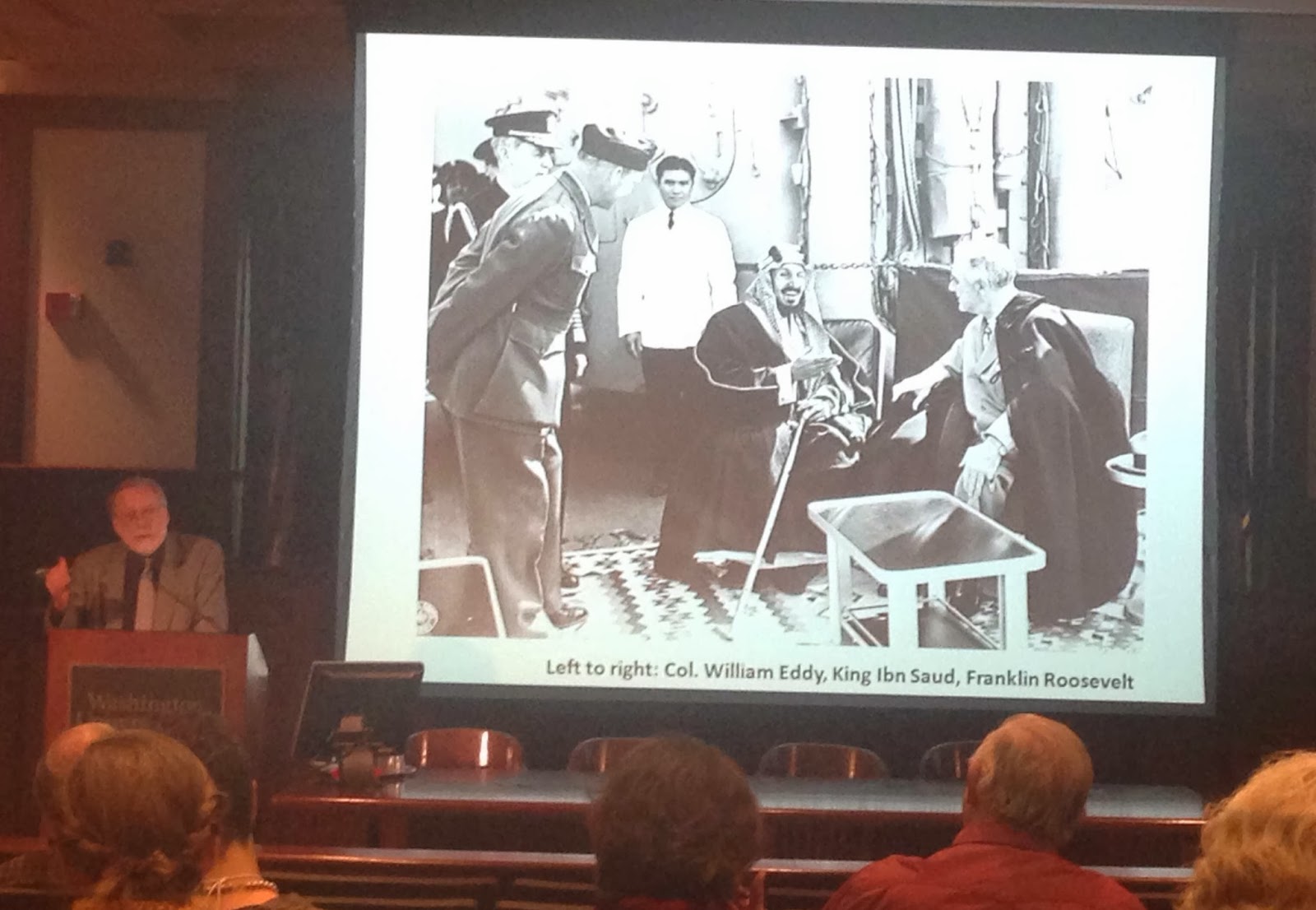 As I mentioned last week, the John C. Danforth Center gathered together scholars and bloggers to take part in its inaugural Distinguished Lecture Series. David Hollinger was the guest of honor, giving two lectures that provided the focus of the three-day event. In between these two lectures three invited speakers--Jon Butler, Darren Dochuk, and Molly Worthen--gave a public response to Hollinger's first lecture, "The Protestant Boomerang: How the Foreign Missionary Experience Liberalized the Home Culture." As L.D Burnett from the U.S. Intellectual History blog described in detail, these three responses were engaging, constructive critiques that highlighted not only the breadth and depth of their historical knowledge but also their skill at crafting and performing a scholarly debate.

While not challenging Hollinger's basic argument (that liberal Protestant foreign missions had a "boomerang" effect, liberalizing and secularizing American culture at home), Jon Butler emphasized the longer history of Protestant missions. Reminding the audience of the enduring tradition of Protestant missions, Butler cautioned against focusing on the twentieth century as an extraordinary example of the challenges and changes that arise through missions. Although Hollinger's assessment of these mid-twentieth century liberal Protestants can revive the study of missionaries in an earlier era, Butler explained, we must not lose sight of the points of comparison and difference among different historical periods; instead, he continued, we must ask questions of cause and effect for each historical context. Similarly, Darren Dochuk questioned the linearity of Hollinger's narrative, asking "is "boomerang" descriptive enough for the relationship between missions and mid-twentieth century social reform?" Not merely critiquing, but thinking through the possibilities of alternative narratives, Dochuk asked Hollinger and the audience if reciprocity was a more fitting theme. Would this provide a better account of how missions changed home culture but are also effected by it? This came in a series of questions posed by Dochuk who also wondered if Hollinger's boomerang thesis emphasized enough the connections between liberal Protestant social reformers, like for instance those fighting against Jim Crow, and the sources/systems of discrimination that led to their desire for social reform in the first place. Of particular concern for Dochuk was the seeming rigidity of evangelicals. In this telling, Dochuk posited, liberal Protestants appeared contingent, willing to change based on their circumstances, and evangelicals--perhaps because they are in the background of this narrative--appear static. Rather than dwelling on this point, Dochuk gave the floor to Molly Worthen.

Choosing to stand at the podium rather than sit at the table for her remarks, Worthen provided a pointed critique regarding Hollinger's treatment of evangelicals. Worthen demonstrated her command of the material--and of the room--in an impressive display of public scholarship. Drawing upon the historiography of American religious history without losing the general audience, Worthen asked a simple and provocative question of Hollinger: why is this thesis about liberal Protestants alone? Evangelicals also modernized through their foreign missions, she asserted, noting as one example evangelicals' protests of apartheid and other social concerns around the world. Worthen pointed to evangelicals' embrace of multiculturalism and anthropology at institutions like Wheaton and figures like Billy Graham, contending that evangelicals also changed their message and methods at mid-twentieth century. If we are discussing the notion of change as a result of mission, Worthen contended, then this thesis is much broader than Hollinger initially described; if, however, Hollinger prefers to assert a narrative about particular types of social change, then, Worthen noted, these particularities must be made more explicit. Evangelicals, Worthen reminded the audience, invested themselves in social service and social reform as much as their liberal counterparts; their reform differed, however, because of their rejection of social-structural racism (instead of a rejection of social change itself). In the end, Worthen explained, it came down to opposing notions of culture itself--culture as pathway to conversion and culture as sin/salvation. Informative and energizing, Worthen's remarks epitomized my experience at the Danforth Lecture Series.

There were differences of opinion. There were savvy critiques and responses. There were twenty-five scholars interested in hearing more. More from Hollinger, Butler, Dochuk, Worthen, and the invited guests. The Danforth Center positioned itself as a great host, providing space for guests to mingle, introducing invitees, starting conversations, and, perhaps most importantly, not directing the content of these conversations. I was particularly impressed by the array of participants: invited guests--ranging from full professors, assistant professors, doctoral candidates, and graduate students--Washington University faculty and students, and the general public (who made quite a showing at each lecture) engaged in lively discussion about religion and politics. Each attendee had different interests, but the Danforth Center managed to satisfy each of them. Two pictures during the event sum up my experience: 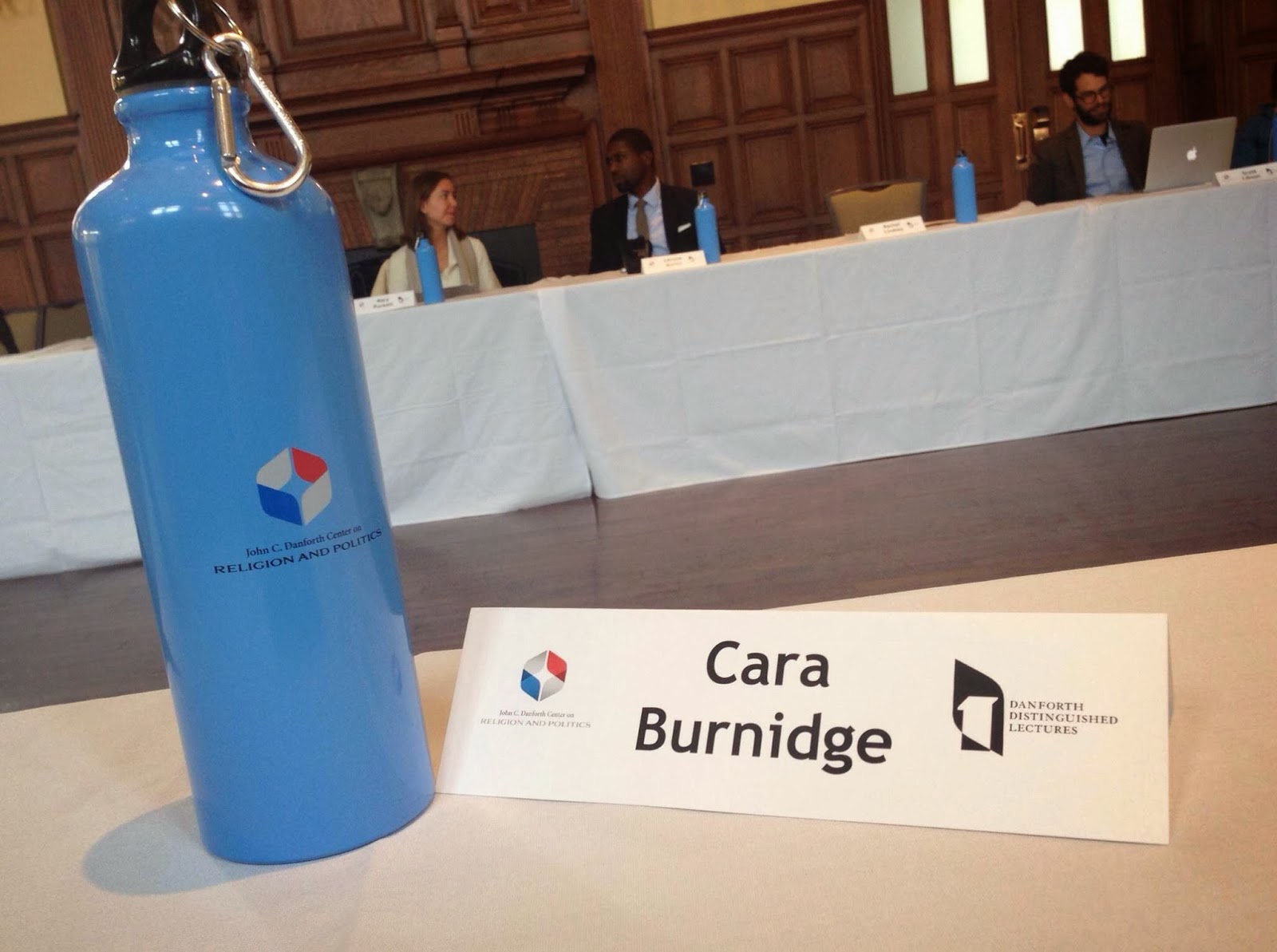 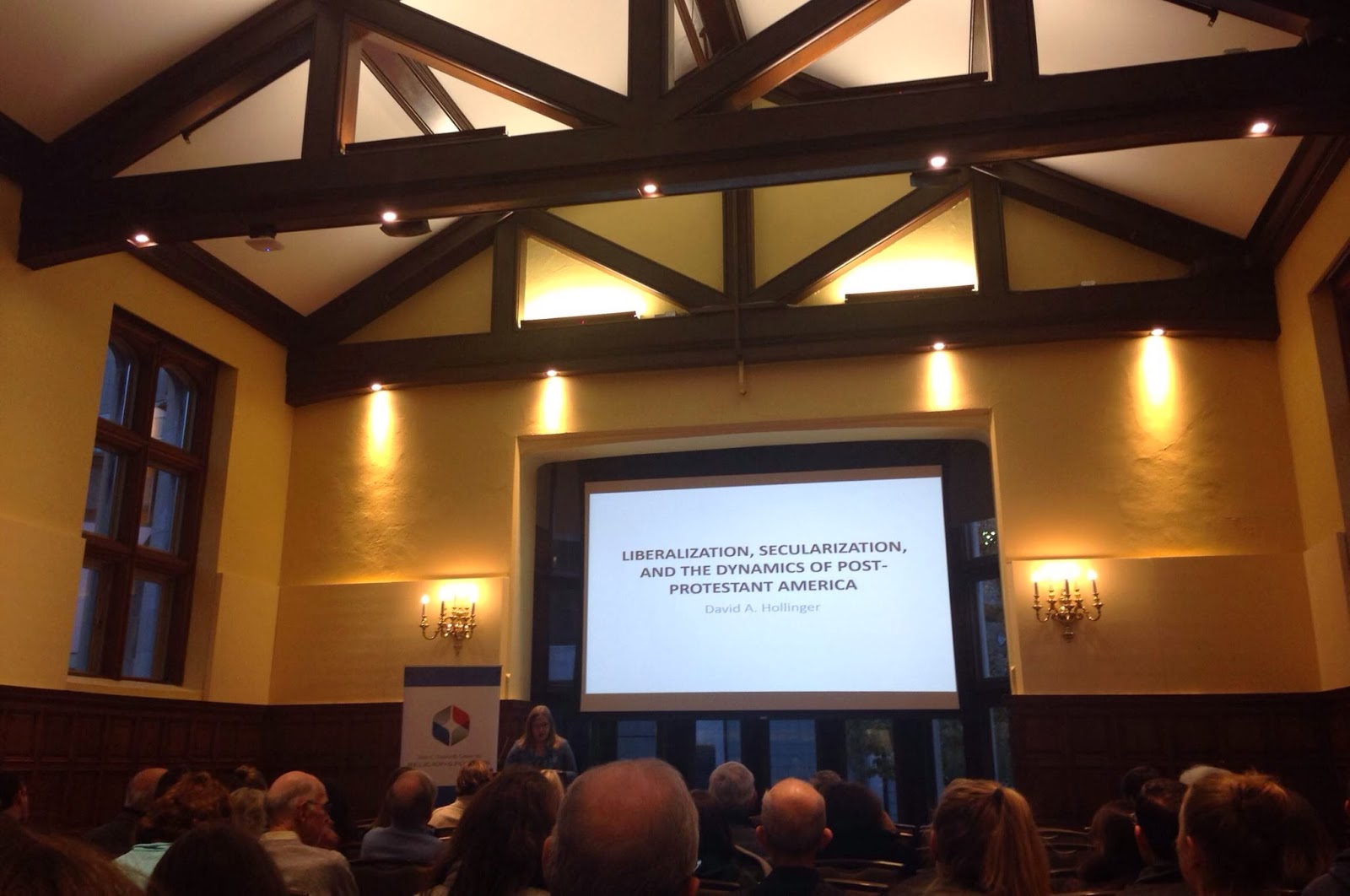 The first--besides displaying the awesome swag--is representative of the attention to the development of individual scholars. In the background, Lerone Martin and Mary Puckett discuss their projects before the invited guests have their larger seminar about their research on religion and politics. The second is the Umrath Lounge, the location of the seminar for participants and Hollinger's second lecture. The space was beautiful, but also filled with a variety of people interested in the topic at hand.

This is an incredibly unique ability that is not only unrivaled by its resources, but also fitting for this particular moment in higher education. If our creative linkages make us feel less alone in our creativity, and presumably allow creative types to be more innovative in their work, then the Danforth Center could potentially be a resource for making those linkages and, by extension, the work to follow. I am particularly excited that the Center is choosing to link across traditional divides, helping to forge connections within the academic community but also beyond it through public events. Rather than a platform alone, the Center could also be--and through this events certainly was--a resource for scholars and the general public. Perhaps this could be a new standard set forth by the Center. Looking ahead on their event schedule, in Spring 2014 the Danforth Center will host Beyond the Culture Wars: Recasting Religion and Politics in 20th Century America, a conference that will be more focused in its topic, but will again pair established scholars and graduate students. Establishing creative linkages across and beyond standard divides (like barriers between institutions, disciplines, and academic social distinctions [i.e. tenured professors, public intellectuals, graduate students, and digital humanists talking as equal participants] could be the Center's contribution to our shared life in scholarship.