Earlier this week, the news and social media lit up with claims that the Buddha may be older than already thought (examples can be found here, here, and here). I was not really surprised that so many people found the story interesting. The Buddha has always been a fascinating figure to Americans. Since 1893’s World's Parliament of Religions, the Buddha has been represented in ways that appeal to contemporary concerns and interests, not unlike the representation of Jesus. Thus at the World Parliament, figures such as Anagarika Dharmapala, and Soyen Shaku, represented the Buddha as scientific in thinking, claiming he applied the method of science, and preached the law of cause and effect. In her essay in A Museum of Faiths: Histories and Legacies of the 1893 World's Parliament of Religions (1993), Tessa Bartholomeusz noted that this “packaging” allowed Buddhists at the Parliament to represent Buddhism as rational, scientific and egalitarian. This kind of representation has continued to today.

Recently, Donald Lopez, Jr., in his From Stone to Flesh: A Short History of the Buddha (2013), traced how the West’s initial encounter with the Buddha was negative, but in the nineteenth century, shifted to a positive one. In his book, he outlines how a number of incidents led to this shift in representation. From scholarly texts such as Eugene Burnouf’s 1844 representation of the Buddha as a man in his Introduction to the History of Indian Buddhism, to Thoreau’s publishing of “The Preaching of the Buddha” in The Dial, to Sir Edwin Arnold’s bestselling, The Light of Asia (1879), to comparisons between the life of the Buddha and the life of Jesus Christ. In all these cases and more, the focus was on the Buddha as a person, a teacher and moral exemplar, and his ethical conclusions similar to those of Christianity. All the while doing so rationally and systematically. His story and teachings were features that fascinated the American and European public. 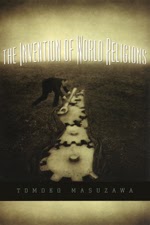 As the concept of “World Religions” emerged, the figure of the Buddha also played a central role in moving Buddhism into the center of this historical paradigm. Tomoko Masuzawa writes in her The Invention of World Religions (2005), “the emerging scholarship on Buddhism privileged above all the historical person of the Buddha and the incipient period of its history.” The Buddha was represented as a person who rejected Brahmanic authority, as “the Martin Luther of Asia” who took on the priest craft of Hinduism and emerged triumphant. Moreover, he did so by making Buddhism universalistic, like Christianity, and therefore a world religion, not one tied to India or any particular culture. Ultimately it is this kind of rhetoric that has led to the modern construction of Buddhism as rational, non-institutional, therapeutic, and scientific, placing it squarely in the curriculum of our classes. It has also led to the fame of figures such as His Holiness the 14th Dalai Lama, and the world famous Vietnamese Bhikkhu, Thich Nhat Hanh. The representation of Buddhism as non-theological and therapeutic have translated into initiatives such as the Mind and Life Institute where Buddhist meditation is used as a remedy to PTSD suffered by American soldiers in Afghanistan and Iraq. With such a rich history of representation, and Buddhism being the third largest religion in the United States, it is not surprising at all that so many people are interested in the life of the Buddha, when he lived, and how we that the archeological evidence demonstrates. Just exactly how this new discovery will transform the narrative we teach remains to be seen. But what is without questions is that the story of the Buddha himself, will remain an interest of Americans for many years to come.
Email Post
Labels: 19th Century asian american religion buddhism John Crow's posts religion and american culture religion and media the Buddha world religions world's parliament of religions