There is no doubt that if you hang around with Pentecostals as long as I have, you are bound to find, what would be characterized as "outliers," people whose particular brand of the faith skews the curve from normal to extreme. I have met Pentecostals who choose to forego medical treatment for chronic and serious illnesses and rely exclusively on divine healing. There have not been many who would admit to doing this, usually I found out surreptitiously after interviewing people and then those people would lead me to them--one sick with heart disease and high blood pressure who went off their meds as a test of faith, the other, a high-profile church leader who ceased chemo treatments as a test of their faith that God had already healed them, all they had to do was claim their healing. Both died.

Pentecostalism's anti-medicine past is known to some, for those of us who study the subculture, the suspicion surrounding medicine was evident in its earliest years with one of Pentecostalism's truly interesting figures--John Alexander Dowie. Healer and founder of the attempted theocracy, Zion City, Illinois, Dowie railed against the medical establishment and any clergy who collaborated with it. 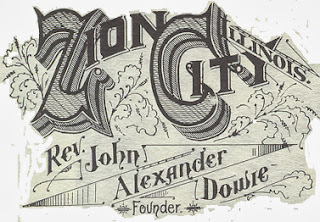 Dowie, a Scot who immigrated to Australia, and eventually to the U.S., established a healing ministry in the Chicago area in the late 19th century. His theocracy, Zion became a laboratory of strict Mosaic dietary laws, and restrictions against alcohol and tobacco. This coupled with forbidding the use of medicine would, according to Dowie, usher in the heavenly city in the heartland. 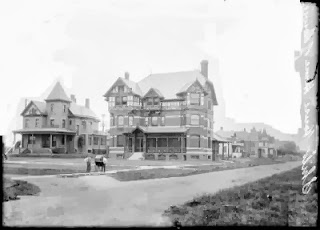 Dowie's infamous sermon, "Doctors, Drugs, and Devils,"http://www.johnalexanderdowie.com/attachments/File/vol_1_oct_1897_doctors_drugs_devils.pdf from 1896 challenged the medical establishment's scientific claims to heal anything, the pharmaceutical industry was no better, poisoning the American public with unproven and dangerous drugs that were no better than the drug scourge of the time: opiates, especially morphine and heroin. Medicine, Dowie argued, was Satan's' way of deceiving Christians by mimicking healing and health, while offering none of the physical or spiritual benefits of divine healing.

Dowie's magazine, Leaves of Healing, was filled not only with the typical testimonials about divine healing, but testimonials about people, who tried medicine, were disappointed, and gave it up in favor of divine healing. Many of these testimonies began with people treating their various illnesses with medicines, seeing no change in their conditions, vowing to destroy their medicines if Jesus would heal them--and inevitably, Jesus healed them and they ended up destroying their medicines--usually by burning them. After the lengthy testimonial sections are various quotes, from medical doctors questioning their craft--calling medicine a guessing game, poisonous, and practically useless.

By most accounts, Dowie was charged hundreds of times by Illinois authorities with practicing medicine without a license, as was one of his followers, who was also subjected to tarring and feathering in small-town Ohio for allowing a child to go without medicine resulting in the child's death. Dowie refused to retreat in the face of overwhelmingly negative press over these incidents, resorting to a time-tested rhetorical strategy: blame the press, if that don't work, blame the Devil. Dowie's antipathy to medicine can best be summed up by his calling of physicians, surgeons, and druggists as a "banded trinity of poisoners and murderers." One would think that his hatred would have roots in something other than his zealous promotion of divine healing, but it appears that he was simply convinced that medicine had not proved itself and that the entire medical profession was his direct competition.

Perhaps no story best sums up Dowie's anti-medicine fixation than the tragic story of his daughter, Esther. Esther was sleeping one evening in her Chicago home, someone left an alcohol lamp burning and her nightgown caught fire, she was burned over 75 percent of her body. Burns like that today make survival very unlikely, in 1902, infection would have set in almost immediately, and it did. Dowie's supporters attacked the Chicago presses, (called tools of Rome), for allegedly fabricating stories about Dowie's reaction, but his supporters were most upset about the allegation that Dowie, at his daughter's deathbed, renounced his anti-medicine stance and pleaded with the doctors, (previously ordered to apply nothing but bandages and natural oils), to change their regimen and treat the burns with something other than the vaseline-like substance.

This claim, Dowie's supporters pleaded, was the work of the Devil, who was using the "serpents" of the Chicago press to slander Dowie. Meanwhile, as Dowie's supporters argued with the Chicago press, Esther lay in bed, the infection set it and she died a few weeks later. It was said that Dowie blamed Esther's death on the fact that it was an alcohol lamp--the fact that this alcohol was not the drinking kind did not matter. John Alexander Dowie and his experimental theocracy of Zion fell fast shortly thereafter. Suffering a stroke in 1905, Zion City was now being run by rivals, chiefly, Wilbur Voliva, who uncovered years of fiscal mismanagement so severe that the shining city on a hill was nearing bankruptcy. Dowie's dictatorial style, his moral dalliances with church members, coupled with the pending failure of Zion, forced Dowie into at first suing his chief rival to regain his leadership of Zion, and eventually he settled for an allowance from Zion's meager coffers.

Dowie's legacy for many, especially those enamored of the testimonials of divine healing, is largely positive--it is a testament to the creative power of narratives in Pentecostalism that what people remember about Dowie were the hundreds of stories about healing--less known, but as significant was his perpetuation of the idea that knowledge found outside the bible was not trustworthy. For Dowie, and for those two people who died rather than take their medicine--what was at stake was proving that faith healing works--that their faith was empirically provable through demonstrations of miracles--it is a competition set in motion since before the Enlightenment began to draw the epistemic circle way too broadly for many of the faithful.

Tom Van Dyke said…
I must confess a leeriness, indeed a weariness, of theses that use anecdotes or a fringe character such as Alexander Dowie as the jumpoff point for a more sweeping generalization.


"Medicine" was often ineffective in the 19th century, if not dangerous. That faith seemed a better call might even be provable, that in effect doing nothing but pray was better than letting the doctors have at you. Hence Christian Science, 7th Day Adventism, etc.

Religion as anti-intellectualism seems to be a contemporary academic theme, but at least until Fleming and penicillin in 1928, trusting God over man doesn't seem entirely unreasonable.

Further, a faith in "science," although far more justifiable in our century, can be taken to unreasonable extremes as well, for example 2013's

A Decade of Reversal: An Analysis of 146 Contradicted Medical Practices

FTR, I have no brief for any faith-based medical systems, but do find a level of appreciation for why some people do.
September 29, 2013 at 3:22 PM

Unknown said…
very good info, thanks for the article interesting
October 7, 2013 at 3:22 AM