"Hallelujah I'm a Bum": Contesting Who Will End Poverty 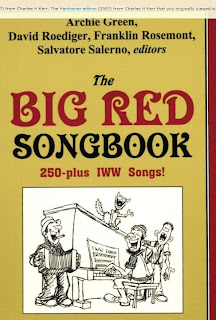 About six years ago, while leaning over a large table with tabloid-sized musty newspapers from the 1900s, I met some text I was neither personally nor historically prepared to grapple with.

In the faded "Letters to the Editor" section of a socialist newspaper, the Appeal to Reason, I met people who did not believe that God ultimately "met the financial needs" of the poorest people. Many discussed this conviction as people who still did not dismiss the presence of God. One spoke of a home in New Thought, and another of Theosophy. One mentioned being a member of a Protestant denomination, and another said she did not attend church anymore but still considered herself a believer. The ringing theme of the letters was not an easy dismissal of Christianity, but the suggestion that the oft-quoted verses in the Book of Matthew--that God would always provide for the poor as he fed and clothed the lilies of the field--were ultimately misappropriated.

Sometimes, the Editor and many readers argued, the people of God did go hungry and without clothing. The people needed to take back their faith and insist on action in this world.

In the years since, I have encountered many more texts with these sentiments. Christian and socialist novelist Upton Sinclair castigated preachers who insisted that there will blessings for undercompensated hard work only in the "New Jerusalem," and when one dies. In his beautifully concise parody, "Bootstrapping," in the preface to The Profits of Religion, Sinclair pokes fun at the insanity of insisting that hard work is a spiritual practice which instantly grants material peace.

This theme runs across the rich and very extensive musical culture of the Industrial Workers of the World as well. I will share two of the most well-known examples. The song, "The Preacher and the Slave," was written as a parody of the hymn, "In the Sweet By-and-By." In the Protestant hymn, believers sing of the justice which God will mete out among individuals, in "a land that is fairer than day." In the IWW parody, revivalists redirect workers' real hunger to a spiritual hunger, and thereby distract them from the problems of the day.  Here are the lyrics to the Protestant hymn. And, here are the lyrics to the IWW hymn.

The IWW also parodied the very popular hymn, "Revive Us Again" with their song, "Hallelujah I'm A Bum." In the classic, Protestant hymn, believers sing praises to God for the mercy of sending a Savior to bear the sins of the people. The parody has many versions. Some are on Wikipedia, and found here. More extensive work on this IWW parodying is in the reprinted and edited version of the IWW's Big Red Songbook.  This particular version of "Hallelujah I'm a Bum" has most captured my attention. The refrain includes the lines, "Hallelujah give us a handout/ Revive us Again."

When we listen closely, we find that the frustration with Christian revivalists here is not so much their belief in a Savior or the crazy idea of Heaven, but their insistence that God will take care of poor people's needs without systematic change and lots of material help in the meantime.

"Hallelujah I' m a Bum," sung by many people who did find themselves again seasonally unemployed and in need of "handouts," re-appropriates the term "revive" to refer not to faithful belief but to literal sustenance. The point of the song is the emphasis of Church-endorsed Christianity, and not the faith itself. At the end of the day, revivalists and syndicalists compete over which kind of revival is most important for the present moment. They hardly come near to attacking Jesus' ministry.


I'm currently working on an article which examines this conversation between the IWW and Christian revivalist leaders on the question of who needed to be trusted to end poverty. I have found that it really was a self-conscious and well-developed discussion, and both sides had important and defensible points. (Believe it or not, syndicalists and church people even met at conferences in the early 1900s to discuss the matter!)

One of the many things which strikes me is the extent to which this really was a discussion among believers about how God carried out provision for poor and working people. Not all members of the IWW were believers, of course, but a significant handful of socialist radicals did believe that Jesus was a martyr and a Savior of some kind--they saw something from his ministry to be learned and imitated. (See Dave Burns' new book for more here.)  Moreover, I cannot believe that these parodies could get so popular if a large number of people were not already compelled by the tunes, and the themes, from the original songs.

When Upton Sinclair ran for governor of California in the 1930s, he again brought to the public consciousness the religious debate regarding whose job it was to end poverty. Many Protestant Fundamentalists at the time countered his campaign by laying out logically how and why socialists were atheists. (See, for example, Matthew Sutton's "Was FDR the Antichrist?," in JAH, March 2012) But, if you asked American socialists what they thought of Christianity, they'd give you a very different answer.
Email Post
Labels: janine's posts religion and class religion and labor religion and music

Dusty said…
What a wonderful post! I especially enjoyed your inclusion of IWW revisions of traditional Christian song lyrics, and of course hearing Utah Phillips again. In looking at Wobblies and Christianity, have you seen Donald Winters' The Soul of the Wobblies or William Kostlevy's Holy Jumpers? There is also a 1979 article by Oscar Arnal about the millenarianism of the Wobblies.
August 10, 2013 at 2:38 PM