Theosophy and the Liberal Catholic Church

Last weekend was both the annual summer convention for the Theosophical Society in America headquartered in Wheaton, IL and also the end of my weeks of dissertation research in the TS archives in Wheaton. As part of the celebration, Vice President of the American Section of the Theosophical Society, Ed Abdill, conducted Mass at St. Francis of the Liberal Catholic Church (LCC). This was the first time I attended an LCC Mass and I found it to be similar to the Masses of the Roman Catholic Church. This is not surprising as the LCC has apostolic succession through the Old Catholic Church and bases its liturgy on the RCC’s liturgy. 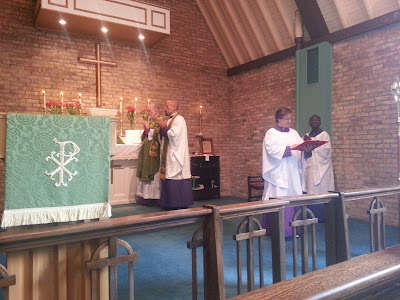 Originating in England around 1916, the LCC emerged from a dispute in the Old Catholic Church (OCC) in England, a branch of the OCC in the Netherlands. Archbishop Arnold Harris Mathew ordained a number of Theosophists to the priesthood, knowing them to be Theosophists. However, he later declared that they had to abandon Theosophy if they were to stay in the Church. They rejected the demand and were dismissed from the OCC. They, however, lacked a presiding Bishop to oversee their church activity. Bishop Frederick Samuel Willoughby corrected this lacunae by consecrating James Ingall Wedgwood a Bishop in 1916 and in the same year, Wedgewood consecrated Charles Webster Leadbeater. From that point forward, Theosophists have been very active in the LCC. Yet, they are quick to point out that the LCC and the TS are independent organizations. This assertion, however, does not change the fact that the LCC spread in many ways through the network of the Theosophical Society.

Under the leadership of Wedgewood and Leadbeater, the LCC spread. Moreover, its doctrine and liturgy incorporated the worldview known to Theosophists. In 1920, Leadbeater published The Science of the Sacraments. Within it he details the ways the liturgy not only brings the energy of the Christ to the people through the Eucharist, but also the way the ceremony affects the astral plane. He claims that the Eucharist creates a thought-form that, in the astral, builds a basilica similar to Hagia Sophia in Istanbul. He writes, 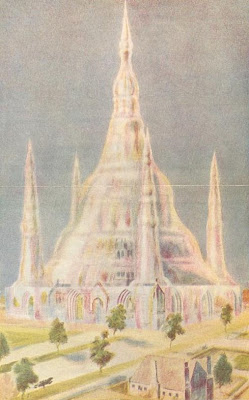 The eucharistic thought-edifice to which I have referred is constructed during and largely by means of the due performance of the ritual. This edifice differs somewhat from any of those figured in the book Thought-Forms (1905) though it has much in common with the great music-forms depicted at the end of that work. At a Low Celebration the material for the building is provided by the thought and devotion of the Priest, aided by that of his congregation (if he has any); but at a High Celebration the music and other accessories play a prominent part in its erection, though the celebrant's words and feelings are still the controlling force, and in all cases there is a certain amount of angelic guidance and assistance. This edifice is constructed of matter belonging to various planes—mental, astral and etheric—and at a later stage of the Service the matter of still higher levels is introduced, as will presently be explained. So many factors enter into this manufacture that there is room for wide differences in size, style, decoration and colouring, but the general plan is always recognizably the same. It suggests the shape of a basilica; indeed, it is said that the Church of Santa Sophia at Constantinople was erected in imitation of some of these spiritual edifices.

The completed Eucharist form looks like a church or basilica, with a central structure and four spires or corner columns. Throughout the book, Leadbeater does a detailed analysis of how each part of the liturgy erects a portion of the thought-form. Each part is visually depicted according to Leadbeater’s description, made while clairvoyantly observing the liturgy. Similarly, Leadbeater details the way the vestments channel energetic flow.

When I read these descriptions of the Eucharist Form or the energetic flow and their accompanying illustrations, and having attended an LCC Mass, I cannot help but think of the definition of religion offered by Geertz. In particular, the part where he discusses “the formulating conceptions of a general order of existence and clothing these conceptions with such an aura of factuality.” Theosophical cosmology is complex and multifaceted. To most Theosophists, the world beyond the physical is unavailable and they depend on clairvoyants, such as Leadbeater, to describe the otherworldly dimensions. The LCC takes a well-known religious practice and incorporates the Mass into a Theosophical setting, claiming that the general celebration of the Eucharist builds a thought-form. Thus, for those Theosophists participating in the LCC, the Mass helps make the Theosophical cosmology accessible. Many people, including scholars, see Theosophy as something wholly other than Christian. Indeed, many point to Blavatsky’s antipathy for Christianity. But such a view of Theosophy is myopic. Theosophists practice a wide variety of religions and incorporate various beliefs. These beliefs include forms of Christianity, as the LCC amply illustrates. Theosophists successfully incorporate these beliefs into a general order of existence formulated in the late 19th and early 20th centuries. In a country where a significant number of Christians believe in reincarnation, astrology, practice yoga and advocate “New Age beliefs,” it is not surprising at all to see Christian Theosophists. To think otherwise is to miss the complexity of this tradition, and its impact on American religious history. 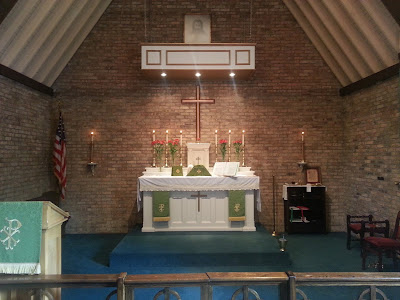