On the Road Again: New Encounters with American Religious History

The first weekend in June I spent 14 hours in a car driving to Indianapolis for the Religion in American Culture Conference. Despite the long drive, it was well worth it as Emily's summary attests. Not getting my fill of road trips or summer conference season, I made another 14 hour drive ten days later. This time I headed straight up I-95 to Arlington, Virginia to attend the annual meeting of the Society for Historians of American Foreign Relations (SHAFR). A relative newcomer to the Society this was my first meeting and it will not be my last. In addition to the lovely mid-afternoon coffee and snacks between sessions (you had me at "complimentary coffee break") and the dinner and dance Friday night (yes, that's right. There was a dance. I promise it did not resemble a middle school wallflower stand-in nor was it a Miley twerk fest), there were a number of panels and papers of interest to RiAH readers.

In the final panel of RAAC, "The Future of the Study of Religion and American Culture," John McGreevy listed three directions for the future of the field: 1. the category of "nones" (those claiming no religious affiliation) and, correspondingly, secularism; 2. global and transnational studies that place the United States in a global context and/or explorations of points of contact, fluidity, and movement between America and the rest of the world; 3. religion and political history. In identifying these three areas, McGreevy noted scholarship that exemplifies or encourages research in these areas, but he also asserted the increased importance of these three areas in years to come. After three days at SHAFR, however, I am convinced that McGreevy's future is here and scholars of American religion, especially the historians among us, have important conversation partners outside the AAR and within SHAFR. My interest in SHAFR started with Andrew Preston's seminal article "Bridging the Gap between the Sacred and the Secular in the History of American Foreign Relations" (Diplomatic History 30, no. 5 (2006): 783-812). This piece summoned many historians to take religion seriously in diplomatic history; so seriously, in fact, that Preston noted at the most recent AHA meeting that it probably could not be printed today. His recent book, Sword of the Spirit, Shield of Faith (Knopf, 2012), makes it difficult to argue that religion doesn't "matter" to US foreign relations. (Blake Renfo's RiAH review can be read here) The panel devoted to "Evangelical Projections" at this year's SHAFR conference, chaired by Preston, made a strong case for religion as not just an "influence" in diplomatic history, but a "force" to be reckoned with. For example, Lauren Turek presented fascinating research on the way in which Pat Robertson served as a tacit spokesperson for Rios Montt's regime in Guatemala in the 1980s. Turek demonstrated how Montt's "Project David" campaign to ensure a "moral" government that exposed communist sympathizers received such strong support and coverage from Robertson and his followers that President Reagan could not ignore evangelicals' demands that the United States support the regime. Also bringing a global context to American religions, Melanie McAlister drew attention to the Southern Baptist Convention's response to apartheid, illustrating the power of Southern Christians outside the United States and an understudied area of global, social justice concern among this evangelical group. The final presentation was by Benjamin Brandenburg who explained Billy Graham's "global footprint" through his tour of the Soviet Union. Complicating the simple narrative of evangelicals despising "godless" communists, Brandenburg asserted a sort of Cold War conversion in Graham's position toward confronting communism. 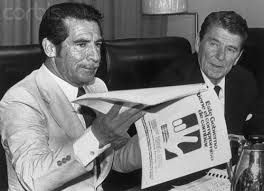 While this session was clearly billed as the "religious" one, this was certainly not the only panel of interest to readers. Several papers along the way brought to mind scholarship discussed regularly here. For example, David Painter's presentation at the "Teaching New Topics in American Foreign Relations" panel centered on the argument that historians must integrate oil (not merely policies about oil) into the history of US foreign relations. Hewing closely to research by Darren Dochuk and Mike Pasquier, Panter discussed the seven sisters of big oil and dated the significance of oil back to the Anglo-American switch from coal to oil during the 1920s and 1930s (a period of recent interest to many American religions scholars). On the same panel, Nicole Phelps introduced the audience to a case study she uses to illustrate the complicated relationships between local, state, national, and international politics: a court case (and others related to it) in which 11 Sicilians were lynched in NOLA...a flashpoint of race, ethnicity, nationality, gender, and class that reminded me of the complex study Emily is working on. In more cases than I expected these historians included "religion" and were encouraging others to pursue a rigorous study of religion as the future for their field. In the panel on "Teaching America to the World," for instance, Sandra Scanlon explained that is often discussions of religion that draw her Irish students in and encouraged members to follow in Matt Sutton's footsteps and apply for the Mary Ball Washington Professorship of American History. Finally, the Plenary Session on "America in the World in the Nineteenth Century" ended with the conclusion that there are two major themes primed to dominate the future of SHAFR: religion and empire.

What I was struck by most was not that these historians focused on religion, but that they focused on religion so much but did not consider themselves to be doing the work of religion/religious studies/religious history. Our colleagues at the Bulletin for the Study of Religion would have a rich data set to consider had I conducted a more formal ethnographic study, but, based on personal anecdotes, I was surprised at the number of folks examining the role of a missionary/mission and the way s/he/it influenced the State Department's position toward another country OR conducting archival research on a person or group who invested in or profited from a religious organization, but did not consider themselves--as scholars--to be seriously researching "religion." ["Personally, I'm a Christian, but that doesn't factor into my work"; "You study religion? I guess I kind of do too. I study a missionary group in..."] Forget the "nones" and their refusal to self-identify with a religious institution and let's consider for a moment the scholars who talk about "religion" and don't consider their work to be about religion. For that matter, let's think about the way in which I was/am convinced that these historians are doing religious studies work even though they do not self-identify as such.

Following up on McGreevy's provocative list for the future of scholarship on American religion, as we collectively ponder secularism--its formations, its contours, its relationship to the State, the existence of a secular metaphysics as distinct from church or state--we seem to be turning toward "politics," that is the set of actions conducted by the state, at various levels. This seems to be happening at the same time that historians of American foreign relations, at least, are acutely attuned to the importance of culture, "meaning-making," and the like in their own work. Scholars of American religions recent attention to secularism/secularization has much to offer historians of American foreign relations. Likewise, panelists at SHAFR demonstrate an impressive immersion in primary sources that speak to the the actors, organizations, places, and themes central to the study of American religions. I hope our paths continue to cross.

Perhaps this can be a conversation had in the comments and next year at SHAFR. The 2014 conference is chaired by Andrew Preston and will be held in Lexington, Kentucky next June. Information about this year's and next year's conferences can be found here. For those interested in American foreign relations broadly, there are many opportunities and resources available through SHAFR. Though highly competitive, SHAFR offers dissertation research grants and fellowships at $4,000 and $20,000, respectfully. They also have fellowships available for grad students conducting research with sources in languages other than English, for recent graduates working on their first monograph, and for women.

Mark T. Edwards said…
Thanks so much for this overview and SHAFR plug, Cara! I'm just drafting my July post on how Preston's book has caused a seachange in my thinking about religion and secularism in DH, so your reflections could not be more helpful or timely for me.
June 27, 2013 at 8:30 AM

Cara Burnidge said…
I'm looking forward to your post, Mark. As you know from our conversations in January, I'm interested in continuing/complicating the discussion of religion and foreign policy now that Preston has cleared the hurdle of convincing most DHers that religion warrants scholarly attention and, I should add, making more ARHers aware of the importance of foreign relations.
June 27, 2013 at 9:22 AM