“I believe water will be one of the most pressing environmental, economic, social, political, and strategic issues of the twenty-first century.” – Mark C. Taylor, Refiguring the Spiritual: Beuys, Barney, Turrell, Goldsworthy (2012) 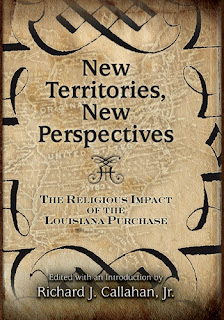 I want to thank Mike Pasquier for inviting me to contribute some thoughts concerning water and the study of religion. Mike has been posting some intriguing things about his own work on the Louisiana coast and the volume that he edited, Gods of the Mississippi, posts that point beyond themselves to the potentialities of a water-based perspective on the study of religion in America. The Mississippi, in particular, its connection to New Orleans, and its outlet into the Gulf of Mexico have long intrigued me as a possible site for problematizing received narratives of American religious history. If, as Perry Miller and Sacvan Bercovitch have argued, the American mind is the Puritan or New England mind writ large (and, of course, there are many reasons to reject this formulation), then the Mississippi River is America’s main artery. If the historiography of American religion has been biased towards understanding religion in terms of belief and thought, qualities that match better to the Puritan or New England Mind model, then a Mississippi Artery perspective would find a practice-based approach more appropriate and illuminating. It would also require historians to center their sights on the material and cultural exchanges that were the foundation of movement up and down the River and its tributaries.


While rivers in the national interior turn our attention toward new ways to imagine the places and practices of religion in America, and possibly push our methodological creativity, my own work has been taking me offshore into the ocean itself. I’ve been exploring the nineteenth century whaling industry for what it might inspire in the way of thinking about American religion. This was one of the largest industries of the early- to mid-nineteenth century, peaking in the 1840s. The busiest port of the whaling trade was New Bedford, Massachusetts, where whaling ships would set out on voyages often lasting three or four years that took them throughout the Atlantic and the Pacific. Whalers meandered throughout the Pacific as they hunted their prey, stopping off at many Pacific islands to gather supplies. They interacted with Pacific Islanders (as represented by Queequeg in Moby-Dick, for instance) and both European and American missionaries. They entered into trade relations with many of these entities. And they brought the experiences (and cargo and people) back with them to New England, even as they took New England to the Pacific. Here’s an impressive visual mapping of the global expansiveness of this industry. 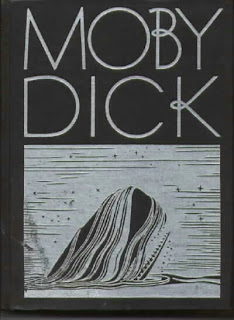 My project begins in work, continuing my explorations of the religious performances and productions of cultures of work. I have been interested in three aspects or “scales” of religion involved in the whaling industry: first, the lived religion aboard ships, including how the specific setting of life at sea and the work of whaling was reflected in and informed by religious practice; second, the ground (or sea) level “comparative religion” that went on as whalingmen interacted and exchanged with members of various cultures, societies, and religions; and third, the impact of these experiences back home in New Bedford and beyond. Yet, just as their work carried whalingmen into new worlds that required different ways of seeing, so my research has led me to view the history of religion in America differently.

Most fundamentally, the view from offshore complicates the foundational categories of nation states and landed masses that typically frame historical narratives. While nations do not drop out completely, they are peripheral, spatially, to the oceanic geography. What is typically negative space – the ocean, accounted for only as space to be traveled over on the way to somewhere else – becomes positive space where life happens. Even the whaling ships that may have belonged to American owners were crewed by a mix of people from the United States, Africa, the Pacific Islands, and elsewhere.

As Hester Blum, a leading advocate of the recent “oceanic turn” in literary studies, has written, “If methodologies of the nation and the postnation have been landlocked, in other words, then an oceanic turn might allow us to derive new forms of relatedness from the necessarily unbounded examples provided in the maritime world.”

The view from the ocean positions religious studies in an intercultural matrix of material and cultural exchanges that requires seeing beyond particular national narratives, “provincializing” American religious history and American religious studies and opening the door for more complicated stories that push beyond the Atlantic World paradigm into global networks. But further, a religious history that takes the space of the ocean itself into account is unable to ignore the ways that the physical space of religious practice matters. Space here, on a whaling ship in the open ocean, was not metaphorical or symbolic, it was a sort of material agency shaping potential and creating limits, informing the possibilities of engagement that might mobilize religious idioms or be considered “religious.”

The unavoidable presence of the spray and smell of the sea, the wind, the sun, and the ship, not to mention the whales that were the reason for men to be working and living in this place to begin with, also drives home another point: it is not only human history that matters here, but natural history as well. Studying religion on the water compels attention to the intersections of human and natural history. Human civilization – in this case, American industrial capitalist society – cannot exist without the labor of converting natural resources into human products (light, fuel, fashion, etc.).

The intertwining of human history and natural history through this labor of resource extraction (whether it be hunting whales, mining for coal, drilling for oil, planting and harvesting crops, or any number of other labors) brings me to my final consideration. Mike Pasquier’s work has documented how the environmental changes wrought by centuries of human activity that are catching up to us now in the form of global climate change and rising sea levels are part of our religious history. As Walter Benjamin has noted, “To articulate the past historically does not mean to recognize it ‘the way it really was’ (Ranke). It means to seize hold of a memory as it flashes up at a moment of danger.”

The problem of how to narrate the history of our current climate crisis is something that has recently caught the attention of historian Dipesh Chakrabarty. In an article titled “The Climate of History: Four Theses,” Chakrabarty wrestles with what it might mean to rethink our historical consciousness and methods to take account of nature as a part of our critical history. “The crisis of climate change calls for thinking simultaneously on both registers, to mix together the immiscible chronologies of capital and species history,” he writes. “This combination, however, stretches, in quite fundamental ways, the very idea of historical understanding.” He presents the following theses, elaborating brilliantly on each:
-       Thesis 1: Anthropogenic explanations of climate change spell the collapse of the age-old humanist distinction between natural history and human history.
-       Thesis 2: The idea of the anthropocene, the new geological epoch when humans exist as a geological force, severely qualifies humanist histories of modernity/globalization.
-       Thesis 3: The geological hypothesis regarding the anthropocene requires us to put global histories of capital in conversation with the species history of human beings.
-       Thesis 4: The cross-hatching of species history and the history of capital is a process of probing the limits of historical understanding.

It seems to me that religious studies as, at least in part, the study of “experiments in being human,” as David Chidester has described it, and in part the study of classification and categorization, as Jonathan Z. Smith or Russell McCutcheon see it, is poised to grapple with this new formulation of the human as species in ways (historical, social, cultural, material) that other humanistic disciplines may not be.

The study of religion in, on, around, and through water, whether that water be rivers or oceans, places the human practice of religion in particular material, physical contexts, and provides an opportunity to consider human cultural and social history in relation to natural history. Extending Chakrabarty’s theses, I suggest that understanding our present will require exploring not only the intersections of the global histories of capital and the species history of human beings, but also the religious idioms through which humans oriented themselves to each of those historical modes, informing and being informed by them.

I am excited to learn about the work of others who are exploring religion in relation to watery spaces. If the oceanic turn in literary studies is any indication, I think the study of religion may benefit greatly from the questions and perspectives that may emerge.
Email Post
Labels: international religion methods and theory mike's posts mississippi river new england new orleans religion and documentary films religion and literature

Mark T. Edwards said…
Fascinating work you're doing, Chris! Would Linebaugh's and Rediker's chapter on "Hydrarchy" in their book, The Many-Headed Hydra (2000), be considered a pioneer in this field?
April 24, 2013 at 9:00 AM

rjc said…
Thanks, Mark. Linebaugh and Rediker are certainly pioneers in the field, taking maritime studies away from an emphasis on naval military history and instead putting the sea front and center in exploring the histories of the nation state and capital. I'm suggesting that an oceanic perspective also gives us different kinds of leverage on the history of religion -- not only the history of "religious people," but also the history of the emergence of modern theories of religion from those same global oceanic networks. Is this "American religion?" That's one of the intriguing issues this perspective raises. How are expected boundaries constituted (or resisted, or ignored, or reformulated) in the context of such global flows?

Steve Mentz said…
Very exciting stuff, Chip. As an oceanic Shakespearean, I'm very interested to see how this American project develops. A few titles you might enjoy, if you've not seen them already -- Kim Patton, *The Sea Can Wash Away All Evil*, Catherine Keller, *Face of the Deep*, the Melville-y poems in Athony Caleshu's *Of Whales...*...

Also, with apologies for self-promotion, my *At the Bottom of Shakespeare's Ocean*, and eventually a new book on shipwreck that will have a chapter on sermons/theological explanations.

rjc said…
Good to hear from you, Steve. I've actually read your blog! Very exciting stuff that you're doing, too. I'm looking forward to reading both the Shakespeare book (which I have on order) and your work on shipwreck.
April 24, 2013 at 10:39 AM

Carol Faulkner said…
Exciting project! Two stories from Nantucket that support your argument of the ocean as a place for category defiance and cultural exchange: 1st. Thomas Coffin (Lucretia Mott's father), a Quaker whaling captain, carried a gun with him on voyages 2nd. The Spanish seized one of Coffin's ships near Chile, and he spent three years trying, and failing, to get his ship back. On his return he "offered a warm-hearted defense of the Catholics of South America."
April 24, 2013 at 12:57 PM

brooklynbridge said…
This comment has been removed by the author.
December 16, 2013 at 9:25 PM