Random reading and thoughts (is this what my blog posts have come to?!?)

Finished Emily Raboteau's beautiful and bitter Searching for Zion where she rolls around the world trying to find a home for herself while investigating how various groups have conceived of Zion. When confronted by African Americans who proclaim themselves to be Jews, she write, "There is no such thing as a black Jew. I rotated the thought in my mind. I’d always considered the two groups to be mutually exclusive." When I read that, I imagined myself in conversation with her, ready to interrupt (as I do still sometimes in my well-meaning-but-nonetheless-rude New Jersey fashion): "have you seen Jacob Dorman's new book Chosen People: The Rise of American Black Israelite Religions? It is a tremendous study of the ins and outs of the makings of black Judaisms throughout the nineteenth and twentieth century. After reading this, you'll find a bunch of people who definitely did not see the two as mutually exclusive at all."

If the books weren't so damned good, I would feel more frustrated by the regular deluge of work after work that keeps hitting my desk and immediately going into the "must read" stack. At least I knew Edward E. Andrews's Native Apostles: Black and Indian Missionaries in the British Atlantic World was coming. I had heard Ted (nope, not a typo, an Edward who goes by "Ted" ... crazy) present at the American Studies Association and I knew I had to grab this book. Follow here to the Harvard website. 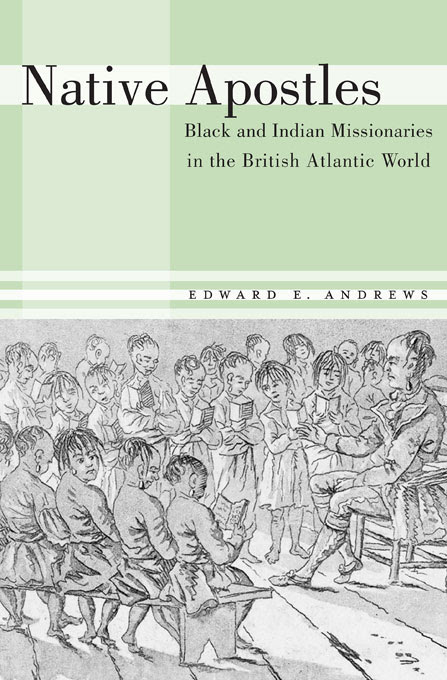 Ted posted some thoughts over at Teaching United States History on teaching with visual art from the colonial period ("some guy" named David Morgan might be proud).

Oh, and "some other guy" named Jon Sensbach has this to say about it: “Edward Andrews convincingly shows how native American and African populations took control of their encounters with Christianity in the age of empire and slavery. Native Apostles is an impressive tour through the spiritual kaleidoscope of the Atlantic world.” 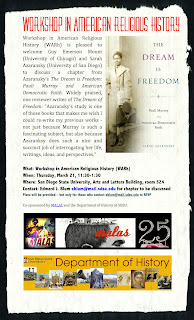 On a completely separate note, if you are in San Diego tomorrow (March 21), drop by our first "Workshop in American Religious History" (WARh, what is it good for? absolute nothing ... is our theme song). We'll be discussing Sarah Azaransky's book on Pauli Murray before she leaves us for her new position at Union Theological Seminary!!!