Today's guest post comes to us from Blaine Hamilton, a graduate student at Rice University with John Boles 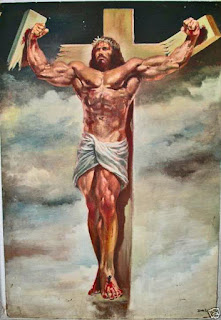 As many of you may be aware a few weeks ago Saturday Night Live produced a brief, two-minute sketch that has received a lot of attention from religious communities in the United States.  “Djesus Uncrossed” was a movie trailer spoofing Quentin Tarantino’s recent historical revenge films like Inglourious Bastards and Django Unchained.  The video, which you can watch here, suggests how Tarantino might tell the story of the resurrection if he got his hands on it.  Instead of ascending peacefully into the skies, Djesus emerges from the tomb with a vengeance, a cross on his back and a samurai sword in his hands.  The apostles are also featured reeking havoc on the Romans with even more blood than a typical Tarantino film.  The clip claims, “Critics are calling it a less violent Passion of the Christ.”  For everyone familiar with SNL and sketch comedy in general the satire and humor should be evident.  The joke is on Tarantino, who if given the opportunity would even rewrite the resurrection as a revenge story. 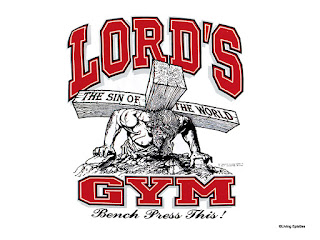 However, that’s not the message that a number of religious groups took away from the sketch.  A variety of Christian groups felt that SNL was mocking Jesus, not Tarantino.  The Catholic League and the coalition Concerned Women for America (CWA) expressed outrage at the sketch’s depiction of Jesus, especially during the season of Lent.  They and other bloggers also questioned whether SNL would be as willing to mock the prophet Mohammed or Islamic violence.  Penny Nance, president of CWA, suggested, SNL “would NEVER have the nerve to mock Islam as it did Christianity. They would never be brave enough to run a skit mocking Mohammad at any time — let alone during Ramadan.”  According to these groups and individuals, SNL’s error was not sacrilege, it was targeting Christians instead of all religious groups equally.  (Interestingly, the Council on American-Islamic Relations has also spoken out against the sketch for its “misrepresentation” of Jesus, whom Muslims revere as a prophet).

While the outrage of the conservative religious blogosphere is somewhat predictable, another blogger made a different observation about the clip.  Over at patheos.com, David R. Henson suggested that perhaps SNL’s “Djesus” was more reflective of current Christian culture than many Christians would like to admit.  According to Henson, the sketch “said something quite profound and revealing, if unintentionally, about how Americans have remade Jesus in our own violent images.  Because, if truth be told, we’ve been trying to uncross Jesus for decades in this country, long before SNL got their pens into him.”  As an example, Henson cites Mark Driscoll’s comments from a 2007 interview with Relevant Magazine in which Driscoll laments:

“Some emergent types [want] to recast Jesus as a limp-wrist hippie in a dress with a lot of product in His hair, who drank decaf and made pithy Zen statements about life while shopping for the perfect pair of shoes. In Revelation, Jesus is a pride fighter with a tattoo down His leg, a sword in His hand and the commitment to make someone bleed. That is a guy I can worship. I cannot worship the hippie, diaper, halo Christ because I cannot worship a guy I can beat up.”

Driscoll, like many male leaders in the American evangelical movement, is concerned that the Christ-figure represented in Christian churches has been emasculated. 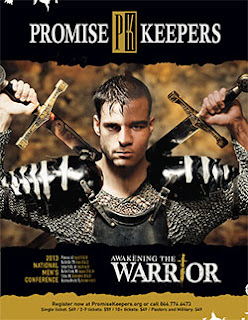 Of course, Driscoll is not alone in his concerns about Jesus’ masculinity.  While feminist Christian scholarship in recent years has questioned the value of a male god, evangelical men have been working diligently to reaffirm a hypermasculine Jesus.  Many of us are probably familiar with popular examples like Promise Keepers, a national Christian men’s ministry, whose 2013 theme is “Awakening the Warrior.”  In the promotional video an average man looks in the mirror only to see an armor-clad twelfth-century French crusader staring back at him.  At the end of the clip, the man reaches under the bed to unwrap his broadsword and prepare for the day ahead.

In recent years some churches have embodied the Christian warrior ethos by developing mixed-martial arts fight clubs in their men’s ministries.  Others, agreeing with Driscoll, have rejected the artistic depictions of a weak, frail Jesus by painting him as muscular and straining against his bonds or doing push-ups with the cross on his back.

In my opinion, “Djesus Uncrossed” does what only good satire can do – it reflects a cultural image in such a way that makes us question what is true.  Is Djesus really that far off base?  Or were the SNL writers much closer to the truth than they may have even realized?  Certainly the field is ripe for a fresh analysis of the hypermasculine trend in recent Christian pop culture.
Email Post
Labels: gender and religion guest posts religion and masculinity religion and popular culture religion in film/television

Eric T said…
Hadn't realized the PKs were still that active, or becoming that aggressive. Sheesh! As others have noted, though, John Elderidge's Wild at Heart and Beautiful Outlaw also represent this trend, departing from the 90s PKs with an emphasis on unleashing the god-given masculine drive for adventure and aggression. And the Council on Biblical Manhood and Womanhood are not shy about what they think proper "manly" roles should be either. And is Tebow the kinder, gentler face of this hypermasculine Christ?

The parallels with and echoes of "muscular Christianity" of the late 19th/early 20th century are obvious and oft-mentioned--but they also raise the historical questions: why this hypermasculine Jesus and why now? Is gender a signifier for race, a way to be "white without words," as Paul and Ed suggest? Are middle and lower class males expressing their frustration and sense of betrayal by an economic order in which they can no longer be the "self-made" men they feel they ought to be, as Michael Kimmel suggests? I think both go some way to explaining Prince of Power fantasy, but I still wonder whence the aggressiveness and violence, the threatening posture that SNL so neatly skewered?

Is the 21st c. incarnation of the muscle-bound Messiah something new, whatever precedents it has in the New Testament?
March 15, 2013 at 6:44 PM

Mark T. Edwards said…
Thanks for this, Blaine! For some other recent manifestations of muscular Christianity, check out this earlier RIAH mini-post: