RiAH 3.0, or Let's Get This Party Started

The blog has taken some performance-enhancing drugs to help us with this: Kelly will soon roll out our new blog "style" (it's the "Espada" style in blogger, for you techno-geeks out there), which is a style that tries to make blogger look as much like Wordpress as possible. Yes, I know Wordpress is better, but we're too old to change now. 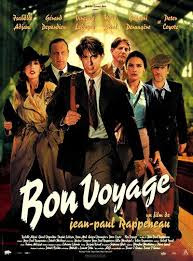 And more importantly, as of today we will be experimenting with a new blog schedule, with most of our contributors on the blogroll making contributions once a month, a few others less frequently, and a few free spirits just randomly posting whenever they feel like it. And we will still have occasional guest posts and the like. The motto for this changeover is: less Paul Harvey, more of everyone else. I figure, if Kobe would learn to pass the ball more, his team would be better, and the same goes for the blog (although Tebow rather than Kobe is probably the better analogy).

So, if all goes as planned, you can plan for an incredible variety of contributions, and contributors, each month. We still invite interested scholars, from advanced graduate students on forward, who want to post here to contact us and send us your posts for consideration; many of our contributors here started with a guest post sent randomly to me, and quickly worked their way into the starting lineup.

And now is a good time to remind everyone to friend us on facebook, and to follow us on Twitter. We have about 1200 facebook "friends" and over 800 Twitter followers, so let's set a goal to achieve 1500 on facebook and 1000 on twitter by our 6th birthday in late June! We have developed a pretty stable daily "hit" reading of 500 or so on average, and of course the more the merrier, so spread the word. You advanced graduate students out there -- I know you're out there, lurking, following, but not participating. Time for you to get involved, get your name and some of your thoughts on American religious history out there.

Edward J. Blum said…
three cheers for RiAH 3.0 (although I don't remember the shift to 2.0). In recent debates over who won - liberals or conservatives - religiously. It appears for this blog, the conservative "growth" drive has won (the never ending, almost viral desire for more readers/churchgoers). Next we know, we'll be having small groups (although no one calls them small groups anymore) formed for a more "personal" feel. :)
February 1, 2013 at 7:34 AM

Paul Harvey said…
Ed, there was never a 2.0, or a 1.0 for that matter. But your enumeration of TUSH inspired me to conjure up a number here. I mean, if Snoop Dogg blogged here like he does when he visits you, that's what he would do.

Yes, small groups; and for me, perhaps a sweat lodge and some purgative psychedelics would be good.
February 1, 2013 at 7:49 AM