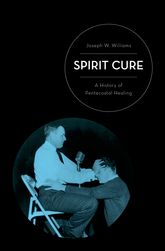 A note on two items of potential interest.

First, below is the CFP for an undergraduate conference that I organize. It will be held on March 22 and 23. The deadline for abstracts is February 20. Please feel free to distribute among your students. And if you are thinking of attending, let me know and I'll make sure that you get a free lunch.

As an added bonus, our friend Randall Stephens is the featured speaker! I will be taking the opportunity to do a JSR podcast with Randall about his recent scholarship. And since Joseph Williams will likely bring a crowd from Rutgers, I'll be talking with him about his new book, Spirit Cure: A History of Pentecostal Healing, which has just been published with Oxford University Press. Here is the description...

Joseph W. Williams offers a compelling examination of the changing healing practices of pentecostals in the United States over the past hundred years, from the early believers, who rejected mainstream medicine and overtly spiritualized disease, to the later generations of pentecostals and their charismatic successors, who dramatically altered the healing paradigms they inherited.

Williams shows that over the course of the twentieth century, pentecostal denunciations of the medical profession often gave way to "natural" healing methods associated with scientific medicine, natural substances, and even psychology. By the early twenty first century, figures such as the pentecostal preacher T. D. Jakes appeared on The Dr. Phil Show, other healers marketed their books at mainstream retailers such as Wal-Mart, and some developed lucrative nutritional products that sold online and in health food stores across the nation.

Exploring the interconnections, resonances, and continued points of tension between pentecostal adherents and some of their fiercest rivals, Spirit Cure chronicles pentecostals' embrace of competitors' healing practices and illuminates their dramatic transition from a despised minority to major players in the world of American evangelicalism and mainstream American culture. 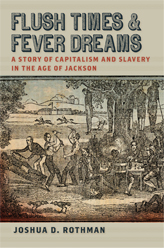 Second, Joshua Rothman of the University of Alabama (I hear they play football there) sends notice of a research fellowship from the Frances S. Summersell Center for the Study of the South.  In case you missed it, I podcasted with Josh last November on his new book, Flush Times and Fever Dreams: A Story of Capitalism and Slavery in the Age of Jackson.  In our conversation, Josh recounts the fascinating story of Virgil Stewart and John Murrell, as well as the gruesome details of Mississippi’s notorious wave of violence in the summer of 1835. He also reflects on how his research might raise valuable questions for scholars of southern religion.

You can find both announcements after the break.

We cordially invite undergraduates to submit proposals for the sixth annual North American Undergraduate Conference in Religion and Philosophy. Submissions are encouraged from students majoring in all academic disciplines. While all papers related to religion and philosophy will be considered, priority will be given to those addressing this year’s theme, "New Frontiers of Reason." We intend to have a conversation about reason in all of its manifestations, past, present, and future. Possible inquiries might include: What is the relationship between faith and reason? Is the Internet empowering learning, or "dumbing us down"? What are the promises and perils of artificial intelligence? What do new developments in neuroscience and evolutionary psychology tell us about religion, imagination, and the mind-body problem? How does popular culture influence the American mind? Is anti-intellectualism a crippling force in modern education, politics, and society? Will scientific progress bring about a better future or a doomed apocalypse? How can reason assist us in solving questions about environmental, health care, poverty, and other social justice issues?

Paper abstracts (roughly 250 words) are due by February 20, 2013. Please include your full name, paper title, institution, e-mail, phone number, and the name and contact information of your paper’s advisor. Presenters must submit a full paper by March 11, 2013 to be considered for conference prizes. Proposals and final papers should be sent as an attached document file to Dr. Arthur Remillard at aremillard[at]francis[dot]edu.

The keynote address will be given on Friday evening by Randall Stephens, Reader in American Studies and History at Northumbria University. Professor Stephens is the author of two volumes with Harvard University Press. He will be speaking about his co-authored book The Anointed: Evangelical Truth in a Secular Age. Stephens will examine the role of conservative Christian "experts"—in areas as diverse as human origins science, theology, psychology, and history—in the creation of alternative knowledge. A student-led discussion will follow the address. Student presentations will be on Saturday from 9:00 A.M. to 5:00 P.M. Presenters will have approximately 20 minutes to speak, with a brief question and answer session to follow. At the conclusion of the conference, a panel of judges will award the top three papers with $150, $100, and $50 respectively. This conference is open to the public and free for presenters and non-presenters. For more information, directions, contacts, scheduling, etc., please visit our website or follow us on Facebook and Twitter.  This conference is sponsored by Saint Francis University with support from SFU’s School of Arts and Letters, Department of Philosophy & Religious Studies, and the Dr. G. Steven Neeley, Esq. Memorial Fund.
----------------------------- 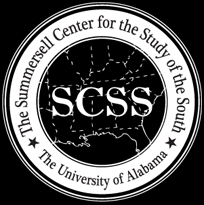 To support the study of southern history and promote the use of the collections housed at the University of Alabama, the Frances S. Summersell Center for the Study of the South will offer four fellowships in the amount of $500 each for researchers whose projects entail work to be conducted in southern history or southern studies at the W.S. Hoole Special Collections Library, the A.S. Williams III Americana Collection, or in other University of Alabama collections. Applicants should send two copies of:
The deadline for applications to be received by the Summersell Center is March 22, 2013. Decisions regarding awards will be made by May 1, 2013, and research may be conducted anytime between June 1, 2013 and May 31, 2014. Both academic and non-academic researchers at any stage of their careers are encouraged to apply. Because fellowships are designed primarily to help defray travel and lodging expenses, however, eligibility is restricted to researchers living outside the Tuscaloosa area. Send all application materials to:

Any questions about the fellowships may be directed to Joshua Rothman, Director of the Summersell Center, at jrothman[at]bama[dot]ua[dot]edu or 205.348.3818. More information about the Summersell Center is available at www.scss.ua.edu, and on our Facebook page.
Email Post
Labels: art's posts cfp conferences grants and fellowships Journal of Southern Religion podcasts